Criticism of levy mounts as Apprenticeship Week kicks off 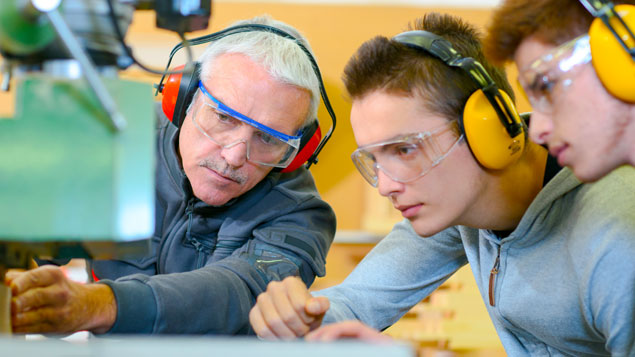 As National Apprenticeship Week begins (4-8 March), strong criticism of the government’s levy scheme has been aired by training providers and their representative association, and a new survey has revealed a continuing level of ignorance over the levy.

Loud criticism will likely crescendo during the week as Wednesday sees the publication of the National Audit Office (NAO) follow-up review on the state of the programme.

The NAO’s last report, in 2016, warned that the scheme then being set up came with a high risk of fraud and market abuse and this week’s publication is also expected to highlight many areas of concern.

The aim of National Apprenticeship Week is to celebrate and promote the benefits of the scheme, with the apprenticeship service producing guidance and advice for apprentices and employers urging them to publicise their success stories. One potentially useful tool is an interactive map displaying careers and apprentice events in users’ local areas.

Criticism is particularly withering from the Association of Employment and Learning Providers (AELP), which is calling on ministers to restore the £1bn annual budget that was available to SMEs before the apprenticeship levy was introduced in April 2017. This would help avoid the risk of smaller businesses being starved of apprenticeships as funding runs out.

The problem with funding for SMEs, says the AELP, stems from the fact that the levy payers were placed first in line to claim back on the levy for their own apprenticeship programmes, before the remaining funding was made available to the non-levy paying employers. The levy is now being eaten up by the large employers because of the cumulative effect of funding apprentices already on a programme and new programme starters each year.

The situation has not been helped, says the AELP, by the government “badly miscalculating how much funding was going to be consumed by more costly apprenticeships at the higher levels”. The association said there was a risk of “apprenticeship deserts” developing in those areas of the country that were almost entirely dependent on non-levy paying SMEs.

The main measures the AELP would like to see implemented are:

The AELP would also like to see a more flexible approach to on-the-job training implemented (moving away from the stipulation that 20% of the training should take place off the job). It accused ministers of making “apples and pears” comparisons with practice abroad and was highly critical of the failure to cap the management fees taken by lead providers when subcontracting out training provision.

Concerning the situation for SMEs, AELP chief executive Mark Dawe warns in a newsletter this week: “As we are getting feedback from our members about their non-levy allocations [SMEs are generally not big enough to pay the levy] for next year, the overwhelming message has been they will be forced to cut starts due to a drop in funding for the year when accounting for carry in as well as new starts. This is quite unbelievable.”

A spokesperson for the association told Personnel Today: “We expect the NAO to be highly critical of the Institute of Apprenticeships [which establishes standards and advises on funding] and their role in underfunding for standards. The government simply hasn’t anticipated how the levy would be used.”

Studies have consistently revealed the amount of work that needs to be done to create a more apprenticeship-engaged environment in the UK.

A YouGov survey, carried out for Alliance Manchester Business School published last month found that 29% of employers thought the levy was just a tax on business, 38% knew nothing about the levy and, of those that did, 31% felt the levy had not made any difference to the training they offered. Additionally, 35% said the levy funds were underutilised.

A year ago, management skills provider DPG published an analysis that found that 63% of business owners had not heard of the levy and 93% were still not making full use of it.

The YouGov study appears to show some of these numbers have improved (particularly in terms of those who knew about the levy) but the lack of awareness and negative perceptions of the scheme are evident in the YouGov findings that 58% of employees don’t know anything about the levy and that 32% of firms do not offer any type of formal development programmes (internal or external).

Surveys have also found that a large minority of business owners in areas such as IT, finance, marketing, design and HR incorrectly believe there are no apprenticeships available for their industry.

For Paul Drew, managing director at DPG, study results reflect a lack of awareness on the part of businesses and not necessarily specific weaknesses in the scheme: “These findings certainly highlight the need for a more focused approach to communicating the levy and its benefits.

The great range of business skills that can be developed through apprenticeships is a really positive thing and they can bring constructive change for all sorts of businesses” – Paul Drew, DPG

He adds that the government needed to make the constructive change that apprenticeships could offer more obvious and “more about the skills and benefits than about the money itself”.

Dr David Lowe, programme director, MSc management practice at Manchester Business School, says: “This survey clearly shows that the limited awareness of the apprenticeship levy spans the workplace, with employees as well as business decision makers knowing very little about it and therefore the opportunities it offers.

“On one hand employers are not presenting professional development options to staff while workers are likewise not approaching their employers for the opportunity to complete management programmes because they either don’t know it’s a possibility, or don’t think their company would support it. Meanwhile, Britain is continuing to miss out on the growth opportunity provided by a highly skilled management force.”

He adds: The apprenticeship levy is ready and waiting to alleviate skills, retention and productivity issues for business, but leaders need to act now to join the dots.”

Since the advent of the levy in 2017 new apprenticeship starts have fallen significantly, although the start of the 2018-19 academic year saw a rise on the previous year. There is no longer any expectation that the government’s three million apprentices target will be reached in 2020.

Managing director of skills organisation City & Guilds Group Kirstie Donnelly echoes the AELP’s concerns over take-up of apprenticeships: “While DfE figures show that apprenticeship starts at higher and advanced levels are starting to increase, those at intermediate level are still declining: a worrying fact for the UK’s talent pipeline.”

In a period with a widening skills gap, many larger companies feel there’s a need to give apprentices as comprehensive a start to their careers as possible – and cross-industry partnerships – particularly those that include work in digital and technology – could be an important step in the evolution of the UK’s apprenticeship schemes.

An example of a cross-industry partnership is that between CapGemini and Anglian Water, which last November kicked off a joint degree apprenticeship to enable apprentices to learn the practical and digital skills needed to succeed in industry.

While DfE figures show that apprenticeship starts at higher and advanced levels are starting to increase, those at intermediate level are still declining: a worrying fact for the UK’s talent pipeline” – Kirstie Donnelly, City & Guilds Group

Amazon this week announced plans to create more than 1,000 places in the UK over the next two years, as well as 90 apprenticeships for those studying bachelors and masters degrees in technology and leadership.

Nine programmes will run across the country, lasting from 13 months to four years, designed for people interested in entering IT, software engineering, robotics and general technology roles, as well as HR, leadership and safety.

More large employers are also gearing up to announce an expansion of provision during the week.