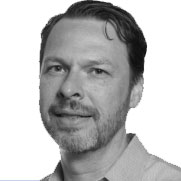 Alongside Adam McCulloch’s in-depth report into the impact of AI and automation on the workplace, Brian Kropp, group vice president, Gartner HR, answers key questions on our readiness for the rise of automation.

Is automation primarily about using technology to save money for organisations?

Not as of right now. The reality is that the labour market is so tight for most organisations that they are leveraging technology to try to increase the productivity of employees and to improve the employee experience to stay to competitive for talent. However, this is the case as long as the labour market remains robust. If the economy, and then the labour market stumble, companies will likely shift their focus on technology investments to become more geared to costs savings.

Are we ready ethically for automation?

No. To date, companies have largely been asking the question around what data is ethical to collect. But a second set of ethical questions emerges around what the decisions that emerge from the data and algorithms we are using. Currently, there is no consistent way that organisations are able to test and identify algorithmic biases.

How it will actually affect the workplace

HR directors must keep a finger on machine learning

Because of these factors, we believe that every HR function should have a statement on the ethical use of data and hire ethics experts to identify ethical challenges and support their general managers in navigating ethical dilemmas that are generated because of new technologies.

Is HR in the lead or lagging behind CIOs and CEOs on implementing change?

There are certainly different points of view on this question and the reality is different across organisations. However, an interesting data point is the difference between what the CEO and what the CHRO think about how well the organisation is prepared for the future of work. We find that while 56% of CEOs feel as though their senior leaders are prepared for the future of work, only 23% of CHROs believe this is the case. This split in points of view will likely make it difficult for CHROs to convince their CEOs that significant investments are needed here.

Will automation mean we all end up in the gig economy?

No. First, there are a handful of companies (eg Uber) whose business model is based on gig employees. There will continue to be those companies, but when you survey CEOs and CHROs, what you find is that over the next several years they expect less than 20% of their workforce to be contract employees.

While the idea of gig workers garners an enormous amount of attention, the reality is that it will remain a minority of the workforce for the foreseeable future.

Will social change as a result of automation grow inequalities or reduce them?

Automation and AI: HR directors must keep a finger on machine learning

An interesting view, however I would suggest the person highly skilled or lower skilled is likely to be retained for the roles where soft skills, caring, approachable and with strong relationship management and stakeholder engagement skills is a serious consideration. Empathy, emotional intelligence and having a good honest, trustworthy personality will far outweigh being highly skilled in my view.