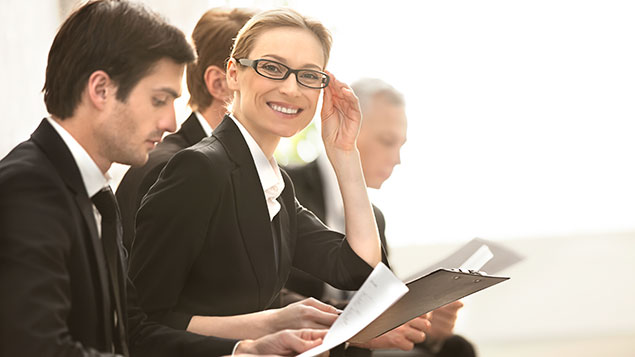 Engaged staff are happier at work, less cynical and have a good effect on the morale of their colleagues.

Employers can now assess and hire those job candidates who are most likely to be engaged – a vital area for employers trying hard to maintain employee motivation and productivity, writes David Barrett.

Today’s employers understand that high performance is more easily attained when your employees are engaged. However, up until now, engagement has been something of a lottery. No doubt, in your organisation, some individuals will be highly engaged and others won’t be. But what if you could predict in advance whether or not your job candidates will be fully engaged in their work?

The drivers of staff retention and engagement

New research by Aon Assessment Solutions reveals that certain people are wired for engagement more than others.

In other words, they’re more likely to feel committed to the company and say good things about it and its leadership. Levels of ‘engageability’ can now be assessed during the selection process.

It’s easy to assume that disengaged employees are turned off by the tasks they’re undertaking, their line manager or by the environment in which they work. However, the truth might actually be that those individuals were never truly open to engagement – and they’d be disengaged wherever they worked.

The implications for selecting staff

Psychometric assessments are typically used to help employers identify whether applicants have the skills and abilities needed to succeed in the role. In enlightened organisations, recruiters will also utilise personality questionnaires and contextualised situational judgement questionnaires – as well as values and motivation tests – to assess whether candidates match the role and whether they’ll fit the values of the organisation. Yet, despite all of this good work, it’s still possible for new recruits to be disengaged.

The downside of this is not only that they won’t personally be as productive as they could be, they can also spread cynicism and negativity that can affect everyone around them. Aon’s research suggests that employers can now reduce the likelihood of this occurring, by identifying the personality traits of engagement (and disengagement) at the selection stage.

According to Aon, three specific personality traits contribute to an employee’s engageability:

Each of us has these traits; we just have them at different levels. If someone scores highly on all three traits, they’re likely to feel engaged by their work. In fact, they’re inherently wired to be engaged in a wide variety of environments.

If someone has, say, low positivity, average cooperativeness and high drive, they can still be engaged. The point here is that you should avoid candidates who are unengageable – those who score below average on all three traits. These individuals should be screened out of your applicant pool.

You might reasonably suggest that surely an employee’s engagement depends on the context of the situation, their line managers, their colleagues and their role? And yes, all of those things are highly important.

But, fundamentally, organisations should only aim to hire individuals who are capable of being engaged. Then they need to be actively engaged in their roles while the employer ensures that everything is in place to help them stay engaged.

If you hire engageable people but then give them boring tasks, a bad manager and unfulfilling career prospects, their engagement can nosedive. There’s a limit to what even the most positive person can endure. Maintaining engagement is a concern requiring constant attention.

Employers need to leverage the traits, strengths and skills of their employees if they want engagement to thrive in their organisation. However, the secret of success is to hire those who are at least engageable, at the outset.

The three traits that reflect the likelihood of engagement – positivity, cooperativeness and drive – can be assessed using a personality questionnaire. However, the results will need careful interpretation and you’ll need to adapt or create candidate reports that will quickly show hiring managers which applicants have what it takes to be engaged.

Self-assessments could be offered to your existing staff, to enable them to check their own levels of positivity, cooperativeness and drive. This may reveal areas where you could provide them with targeted support.

There’s a simple economic argument for making engageability a key factor in hiring decisions: the cost of assessing whether your job candidates are inherently engageable is trivial compared with the expense of trying to motivate actively disengaged employees – nevermind the long-term damage that these people can do to the morale of your company.