Are bonuses becoming more like a service charge than a tip? 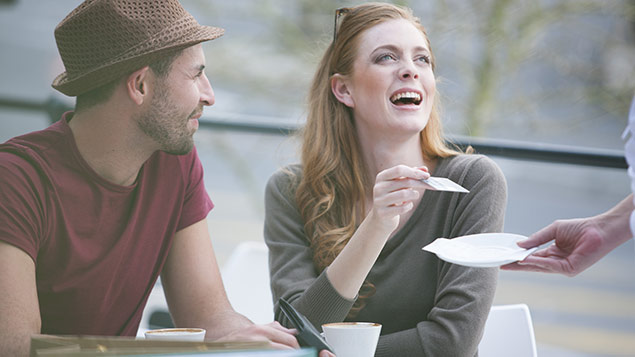 Service charge or a tip: Are bonuses necessarily deserved?
WestEnd61/REX/Shutterstock

As the bonus season begins, Gerry O’Neill looks at whether the annual “incentive” has become less of a discretionary gratuity and more of obligatory service charge.

Imagine you’ve just finished eating out at a restaurant. The food’s been fantastic, but the staff – well, let’s just say it feels like they’ve gone through the motions. But here’s the rub: a 15% service charge has automatically been added to the bill. How does it make you feel? What do you do?

The British way, of course, is to huff and puff a bit, pay up, but then moan quietly that this hasn’t felt right. It’s understandable. Most people feel a palpable sense of injustice when a tip – discretionary in nature, a thank you for good service – has simply become a charge – something that has somehow been added in absentia. The tip, so it seems, appears to have morphed into part of the basic cost of consumption – no longer is it an exceptional extra to add to reward great service.

The trouble is, the exact same thing is happening in organisations today when it comes to paying staff annual bonuses. Among many firms that have bonus schemes, so “expected” are they, that this time of year is actually called “bonus season”.

The question though is less “shall I get one?” more “how much will we get?”. Payment has become part of the accepted remuneration package, often to the degree that everyone receives the same amount.

Of course, this leads to no real incentive to actually do a great job. Like the lacklustre restaurant staff, all employees need do is go through the motions. At best, the “bonus” incentivises mediocrity; while at its very worst – it’s easy to think of examples in banking, railways and the NHS – it can actually reward failure.

HR departments and remuneration committees really shouldn’t be allowing this to happen. There’s enough technology out there to allow firms to experiment to see how different levels of reward influences performance, or how it affects long-term retention of the very best.

Organisations should use annual bonuses as a strategic lever – to reward great performance and to drive up productivity.

Unless these first principles are returned to, bonus money is just money given away for no return; it’s being wasted when it could be used for improved business impact.

Part of the problem is that HR often only sees itself as able to administer the bonus process and not being responsible for the outcome of the process, ie driving increased corporate performance and retaining and motivating the best talent and performers.

It’s as if it hands the bill over in the restaurant but fails to evaluate the amount charged for service against the service it received.

We really shouldn’t forget that time and time again, studies have shown that the greater the distance managers are from earning and distributing real money, the less strategic they will be with it.

HR directors often say bonuses have to be paid – regardless of performance – because they need it to retain key talent. But I believe the two biggest factors affecting retention are fairness and transparency.

As soon as people understand and can see that performance bonuses are on a sliding scale of achievement – which is clear and easy to explain – the penny drops.

Badly allocated salary increases and bonuses can cause more dissatisfaction and resentment than a sense of achievement and commitment. If you see that your lazy colleague got the same bonus as you, what does it do to your morale?

What businesses have allowed to happen, is for annual bonuses to become de facto salary and, by extension, shareholders and boards have also allowed bonuses to become service charges. Businesses have failed to keep the connection between the performance and tipping and, as such, they’re literally wasting millions of pounds a year in payments that do nothing to change productivity.

So, if you’re starting this New Year the same as you’ve always done, where you give the same levels of bonus to everyone without really having a system to measure its impact, then maybe you should use this year to reassess what you’re doing.

Bonus schemes can still be unique to your business – but they should always be used as a lever to achieve other things. They should never simply be part of the standard, expected package; they should always remain a tip. Tips are things people need to expect to do extra to earn, not just expect.