How will the new salary-sacrifice rules impact employers? 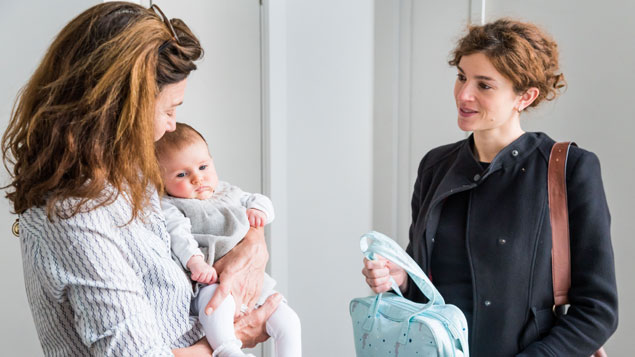 There will be some exceptions, such as employer-supported childcare
VOISIN/PHANIE/REX/Shutterstock

From 6 April, employers will need to make a number of changes to their salary-sacrifice schemes. Lynda Finan and Nick Hinton consider the new arrangements.

Last year’s Autumn Statement brought bad news for employers, with the Government confirming it would plough ahead with its attack on salary-sacrifice arrangements.

How to set up and manage a cycle-to-work scheme

Salary sacrifice has long been an attractive offering for employees and a beneficial cost-saving device for businesses. So why is the Government so committed to scaling it back?

How does salary sacrifice work?

Imagine that a team member, Michael, wants to take out a contract for the latest smartphone. It is going to cost him £700. As a generous employer, you could offer to give him the same phone at a much-reduced cost.

The provision of a mobile to an employee is a tax-free benefit. So you offer to take out the phone contract – provided that he agrees to a £700 reduction of salary. Michael has, in effect, bought the phone out of his gross (rather than net) income.

Rather than paying £700, he now gets a “free” phone and his after-tax salary is reduced by around £470 (or even less if he is a higher-rate taxpayer). As well as Michael paying less tax, you have saved the employer’s national insurance contributions (NICs) on the £700 salary reduction.

A whole range of benefits have been paid in this way historically, from pension contributions and employer-supported childcare, to health screening and free workplace parking.

In the current economic climate, it is perhaps not surprising that the Government has decided to crack down on what they see as tax avoidance on a grand scale.

As far as the new Chancellor Philip Hammond is concerned, employers are unfairly taking advantage of rules that were intended to exempt certain employer-provided benefits from tax.

Under salary sacrifice, the employer isn’t really providing a benefit to employees – after all, Michael has effectively bought the phone himself. His purchase has just been structured in a particular way so that both parties can reduce their tax bills.

What are the changes being introduced?

The good news is that the basic tax exemptions for benefits in kind provided by employers are unlikely to be removed, so mobile phones should still be capable of being provided tax-free.

From 6 April, that will only be the case if they are given on top of salary. In other words, the employer will have to bear the cost of the benefit in order to avoid the income tax and employer’s NICs charges.

The Government has also confirmed that the existing tax treatment of salary-sacrifice arrangements will not be changed for some benefits – in other words, the type of benefits the Government are happy to be encouraged.

Salary sacrifice has proved very popular among UK employers and many employees will be disheartened by the loss of an arrangement which has made things like car parking near a workplace affordable for those in low-paid jobs.

The Government may be justifying the change to the rules by arguing that those paid near the national minimum wage are not able to participate in salary-sacrifice arrangements and therefore are currently at a disadvantage to those who enjoy higher salaries.

But the reality is that it is still likely to be the poorest that are hit the hardest, having to fund from their net pay what might historically have been offered as a benefit in kind.

What should employers do?

What is clear is that the Government’s crackdown on tax avoidance, in every form, is firmly on the agenda. Companies will have to navigate carefully, to avoid being caught in future crackdown nets.

This article originally appeared on 30 November 2016.