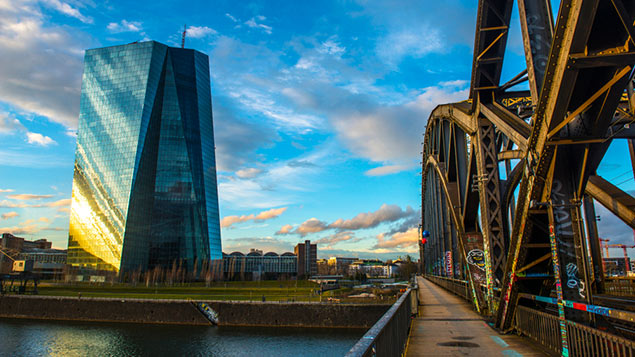 Banks need to “step up” their plans for the UK leaving the EU without a deal, the European Central Bank has warned, adding that more staff and resources should be moved in preparation.

“While the risks posed by a no-deal Brexit to overall euro area financial stability would be manageable, the ECB expects banks to continue preparing for all possible contingencies,” said the ECB.

With prime minister Boris Johnson saying the UK will leave the EU on 31 October 2019 “do or die”, and the European Commission refusing to renegotiate the deal thrashed out by Theresa May, a hard Brexit is looking increasingly likely.

City employers used 2018 to tie down talent before Brexit

“So far, banks have transferred significantly fewer activities, critical functions and staff to euro area entities than originally foreseen as part of their plans for Brexit day one,” said the central bank.

“The ECB now expects banks to speed up the implementation of their plans. Where contingency plans for a no-deal scenario are not yet fully implemented, banks should step up their preparations to minimise execution risk.”

UK companies providing banking and payment services will no longer be authorised to provide those services in the EU – they will lose their “EU passport”. Even those currently authorised to operate branches or have agents in EU member states will be treated as “third-country entities”.

The ECB said that banks “should also address operational challenges associated with transferring staff and clients and setting up the necessary internal processes and systems”.

Conor Lawlor, director of international and Brexit policy at UK Finance, which represents more 250 firms across the industry, said: “The finance sector has long been focused on contingency plans to mitigate the impact of no deal. The industry is as prepared as it can be with respect to the steps that it can take unilaterally.

“However, there remain a number of mitigating measures that could be taken by EU authorities to minimise disruption for firms and their customers on both sides of the Channel. This should include clarifying that UK-based lenders will be able to continue serving their customers in Europe for a limited period in a no-deal scenario.”