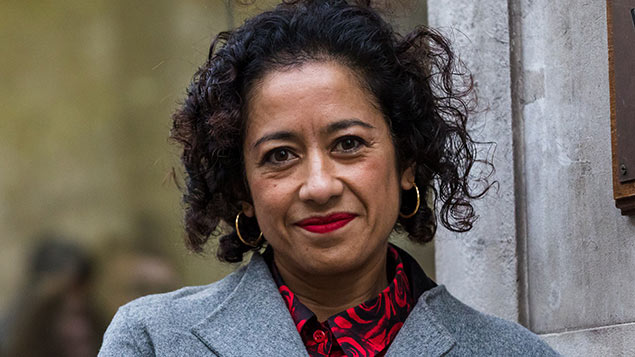 Journalist Samira Ahmed has won her equal pay claim against the BBC, having proved that the work she did was like presenter Jeremy Vine’s, for which he was paid six times more.

Ahmed is seeking almost £700,000 in back pay because she claims she was paid significantly less than  Vine, who she considered her male comparator.

Her legal team claimed Vine was paid £3,000 an episode for Points of View on BBC One between 2008 and January 2018, when his pay was reduced to £1,300, while she received £440 per episode for a similar format programme, Newswatch, which aired on BBC News.

The BBC argued that there were big differences in the profile of the two shows and the two presenters, citing audience research that 71% of people recognised Vine, whereas only 21% were familiar with Ahmed.

But employment judge Harjit Grewal said the BBC “had failed to prove that the differences in pay was caused by the differences between the profiles and audience recognition of the claimant and Jeremy Vine”.

To justify the pay difference, the BBC’s legal team argued that presenting Points of View relied upon Jeremy Vine’s ability to have a “glint in his eye” and to be “cheeky”.

But Judge Grewal and her panel dismissed this argument, stating: “We had difficulty in understanding what the respondent meant by a ‘glint in the eye’ and how that translated into a ‘skill’ or ‘experience’ to do a job.

“How does one acquire such a skill or experience? In any event, the light-hearted tone and any cheekiness were achieved primarily by the script being written in a particular style. The attempts at humour came from the script.”

After the judgment was announced, Ahmed said: “No woman wants to have to take action against their own employer. I love working for the BBC. I’m glad it’s been resolved. I’d like to thank my union the NUJ, especially Michelle Stanistreet the general secretary, my legal team Caroline Underhill of Thompsons Solicitors and my barrister Claire Darwin and everyone – all the men and women who’ve supported me and the issue of equal pay. I’m now looking forward to continuing to do my job, to report on stories and not being one.”

This outcome should also be a wake-up call for all employers. Stamping out the scourge of unequal pay at work should be a priority for all organisations,”– Michelle Stanistreet, NUJ

Michelle Stanistreet, general secretary if the National Union of Journalists, which supported Ahmed, said: “Since the tribunal ended, the NUJ has pressed the BBC to resolve all of our outstanding cases, resulting in numerous positive outcomes, but there is still work to be done.

“I’d call on the BBC to learn the lessons from this judgment, and to work constructively with the NUJ to sort these cases out. The joint unions have done a lot of work with the BBC on improving pay structures, but there is much more to be done to ensure that genuine equality and transparency on pay becomes the reality for all employees at the BBC.

“This outcome should also be a wake-up call for all employers. Stamping out the scourge of unequal pay at work should be a priority for all organisations – the NUJ will be building on this victory and supporting our members throughout the industry in making pay inequity a thing of the past.”

The NUJ said it did not know when Ahmed would receive an award for back pay.

A BBC spokesperson said: “We have always believed that the pay of Samira and Jeremy Vine was not determined by their gender. Presenters – female as well as male – had always been paid more on Points of View than Newswatch. We’re sorry the tribunal didn’t think the BBC provided enough evidence about specific decisions – we weren’t able to call people who made decisions as far back as 2008 and have long since left the BBC.”

The BBC added: ”We’ll need to consider this judgment carefully. We know tribunals are never a pleasant experience for anyone involved. We want to work together with Samira to move on in a positive way.”

Dan Peyton, a lawyer at McGuireWoods, commented: “[Employers] need to be very careful about how they seek to differentiate roles where there are arguments about equal pay issues.

“Although gender pay gap reporting obligations are not directly concerned with issues of equal pay, what has become clear is that a significant proportion of the pay differential in the workplace results from factors that include men and women being disproportionately represented higher and lower paying roles.

“The relevance of this to the equal pay issue is that there will now be even greater scrutiny as to whether the categorisation, and compensation, of employees due to differences in roles are genuine and justified.”

Rebecca Berry, a senior associate at Stevens & Bolton said: “Equal pay claims have, until now, largely been brought against public sector employers, but Ms Ahmed’s success may encourage more claims from employees in the private sector, such as female board members or those in professional services.

“To reduce the risk of following in the BBC’s footsteps, employers should adopt clear processes when setting rates of pay, and ensure that all pay decisions are recorded.”