Behaviour engineering and the contemporary workplace 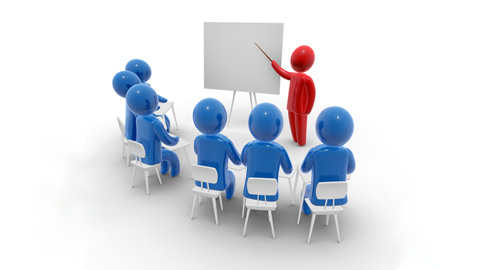 Because of the acceleration in the rate of change across the business landscape, we now see major changes occurring within months instead of years. The past few years have seen some of the most significant changes, including the global recession, major scandals and electronic automation.

We refer to the “collapse” of the financial markets or the “economic recession” as though those happened on their own. However, at the root, individual behaviour was engineered to ensure change. For example, the financial crises started with the deliberate incentivisation of individuals to take inappropriate risks. Their new behaviour was then reinforced so that even more inappropriate behaviour took place, by which time the behaviour had reached a point where only a crisis would stop it. In each case, the behaviour became a habit that no longer needed any external triggering.

Throughout those change processes, mechanisms that we have known about since the early to mid twentieth century were in use. American psychologist Abraham Maslow clearly defined a hierarchy of needs, later modified by others, ascending through eight levels from “biological and physiological” to “transcendence”. Another psychologist, Frederick Herzberg, identified that, until certain foundational needs (hygiene factors) are met, other factors (motivators) will not make substantial changes to performance and that the former will cease to have an impact (eg performance-related pay typically does not work for non-repetitive jobs).

HR focused for years on wellbeing, empowerment and the need for personal recognition. The reality is that many people’s behaviours have been triggered and reinforced by more basic needs: keeping their jobs,  feeding their families and so on. Factors that once triggered or reinforced desired behaviour no longer exert significant impact and habits have declined or changed completely.

We are faced with major global economic challenges and we must pay attention to individual and organisational performance. These include the delivery of quality outputs at the lowest possible cost. Equally, how things are done is critically important as is the necessity for growth; if our employees do not develop their individual potential then we are losing readily available capability and resources.

The demands on managers to influence the performance and development of their staff are increasing. But so too are the extraneous factors that exert influence over their behaviour.

It seems natural to assume that employees’ beliefs and attitudes are precursors to their behaviour – so merely employing those who “fit” will work. But there are often factors that contribute to a disconnect between a person’s attitudes and their behaviour. Examples include a lack of a behaviour trigger; lack of capability or opportunity; and perceived barriers consequences; and reinforcement or benefits of performing a certain way.

Behaviour engineering (BE) is the process by which we can use technology and processes to influence the behaviour of others and is now being used to change performance, talent and development management.

Specifically, strategic BE uses a combination of applied behaviour analysis (ABA), which includes observational and social learning, and process and technology engineering.

ABA involves the study of the actual and desired behaviours, their antecedents and their consequences, whereas observational learning makes contextually sensitive observations of what happens when certain stimuli are applied, rewards/reinforcements are delivered or punishments/deprivations are applied. Finally, social learning involves developing and testing hypotheses about the impact of peer – and other social – interactions.

In our race to “simplify” (somewhat of an HR obsession), many HR processes have actually been trivialised. But BE thinking enables us to design integrated processes (that seize on the BE power of technology) and technology (that directly drives, supports and enhances the desired processes and behaviours).

For example we can now use:

Importantly, BE designs take into account many factors, including crucial psychological ones. These include the likes of how it should easily and seamlessly interface with users, the overall context and timing of the implementation, how it is most simply accessed and how it is most effectively communicated internally.

Finally, the WIIFM – “what’s in it for me?” factor reinforces the user who demonstrates the desired behaviours and provides the appropriate consequence for the user who doesn’t.

In HR, we all need to dust off our books on the work of such luminaries as Drucker, Taylor, Herzberg, Maslow and, more recently, Blanchard et al. Despite the quite different contexts in which their work was undertaken, it can still be used to understand and explain the speed and passion with which new electronic technologies – such as smart-phones, iPads, games consoles and GPSs – have been adopted. It can also be used to design new BE methodologies that will maximise discretionary performance, process compliance and the realisation of potential.