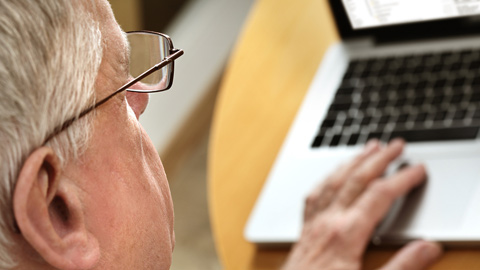 People used to work beyond statutory retirement age because they enjoyed the purpose and social interaction of employment. Now they can’t afford not to. How should benefits adapt to, and protect, an ageing workforce? Emma Page reports.

With the abolition of the default retirement age (DRA), it is likely that many of us will be working into old age. According to a recent Institute of Chartered Management survey, commissioned by the Guardian on behalf of Unum, only 30% of the population has made adequate provision for retirement, and one worker in five does not expect to retire until they are over the age of 70.

This month, Jelf Employee Benefits warned that, based on current life-expectancy data and the proposal to link state pensions to longevity, the great-great-grandchildren of today’s children may not be able to retire until they reach 100. Put another way, children born in the year 2104 will not receive state pension until 2204. PricewaterhouseCoopers research shows that children born in 2012 will retire at the age of 77. Ronjit Bose, commercial director at Jelf, said: “We’ve produced these figures to highlight two very real issues for employers: the need to help employees understand and to engage with their pension and workplace savings benefits and also the requirement for employers to adapt their workplaces for more mature staff.”

But the report, Managing a Healthy Ageing Workforce, published in March 2012 by the Chartered Institute of Personnel and Development (CIPD), says that only 14% of HR managers believe that their organisation is well prepared to cope with issues around an ageing workforce and only one-third report that there is board-level recognition of the need to drive effective strategy on employing older workers.

The CIPD examined how financial and non-financial rewards can be managed to engage older workers. One area it found to be commonly restructured as a way of retaining older employees is occupational pensions. Changes in UK tax legislation means that employers can be more flexible about both retirement and pensions. Alongside the usual options of either drawing the pension in full on retirement, or deferring it and continuing to work, employees can now draw their pension while continuing to work full or part time. Marks & Spencer, for example, has operated an older workers policy since 2001. It has entitled all employees to continue working beyond the since-abolished default retirement age and to work while drawing their pension from the age of 50.

While older staff are – surprisingly – less likely to take time off through ill health than their younger colleagues, there is a growing need to adapt working conditions and benefits to suit the differing needs of an older workforce. Employers are increasingly going to have to deal with staff suffering from conditions that are more common in older people, such as certain forms of cancer and cardiovascular disorders. Cancer Research UK finds that the risk of middle-aged workers getting cancer has risen by 20% in a single generation. For adults over 55 years of age, the lifetime risk of stroke is greater than one in six.

Another Health of the Workplace report, which surveyed 1,000 employers and 1,000 employees, found 29% of employers reporting a rise in the average age of employees, and 37% expecting to see their workforce get older in the future. More than one-third (38%) of respondents said that ageing workforce health issues will affect their business.

The research also found that employees’ requirements change with age and, as a result, so do the benefits they value. More than one-third of employee respondents over the age of 55 said that having access to health benefits, such as private medical insurance (PMI) and income protection could help them stay healthy, compared with 22% of 25- to 34-year-old employee respondents.

Risk benefits, such as income protection, which will pay out a proportion of an individual’s salary during an absence caused by a long illness, are attractive to older workers, and make sense for employers because providers will manage the absence and rehabilitate people back into the workplace. But as a demographic rises, so will the premiums.

“Costs are increasing due to an ageing workforce; this is partly because the employee pool has remained pretty stagnant,” explains senior corporate account manager at Jelf Caroline Shepherd. “By this, I mean that over the past two to three years recruitment has remained low and redundancies high.”

Tim Powell, premier accounts manager at Unum, adds: “Small employers generally see group income protection (GIP) premiums rise with an age demographic, while larger companies’ premiums are less elastic with regards to age because they tend to be based on claims experience.

“Still, income protection is the most necessary benefit for older staff, as the incidence of absence is higher and they frequently need more support returning to work than their younger colleagues,” he adds. “The rehabilitation component of a GIP policy can get them back to work quickly and cover the cost of the absence. Your insurer probably won’t be paying out for that long if the claimant is approaching the end of their working life. To contain the cost of premiums, shop around. Perhaps look at the percentage of income covered by the policy.”

“There are obvious cost implications involved when insuring older staff,” says CIPD reward and benefits adviser Charles Cotton. “A common-sense approach is to try to ensure that your staff are healthy and health aware. As a workforce starts to age employers should start thinking about prevention rather than cure of poor health, look at providing health checks, flu jabs, smoking cessation challenges and so on. The cost of providing health benefits for older workers will come down as it becomes more commonplace to employ people up to the age of 70. My advice is to shop around for products because the market is starting to respond. Or why not get people to self-select?”

Flexible benefits enable employees to choose the package they receive within defined budgetary guidelines. While not introduced specifically for an older workforce, such an approach allows older staff to select those benefits that best suit their needs. The key is to ensure that staff choosing their own benefits make an educated choice.

“Most employers have adopted a reactive, rather than a strategic approach toward accommodating demographic changes through reward schemes,” adds Cotton. “If these people had had help in deciding when they wanted to retire, what they wanted to retire on and the choices that would enable them to reach that goal, they wouldn’t be in a situation where they can’t afford to stop working even though they want to. Employers should provide staff with a financial education so that they are aware of the choices they’ll have to make.”

Katharine Moxham, spokesperson for risk industry body GRiD, says that employers need to remember that risk benefits need not be open-ended. “You are legally allowed to cease GIP cover at 65, or wherever the state pension moves to,” she says. “Increasingly, employers are asking what is reasonable for us to do. If an employee would have moved on in three years, is it reasonable for us to pay them an income in their absence until they are 65? Opt for shorter pay-out periods. Often, a 10-year term will be the same price as a policy that pays out to the age of 65 anyway.”

Shepherd says: “It’s important to put a strategy together for an employers’ own business needs and employee profile. This can include many things but GIP will be working its way higher up the agenda in the coming years than it has been previously.”