Black managers sue McDonald’s over racial discrimination in US 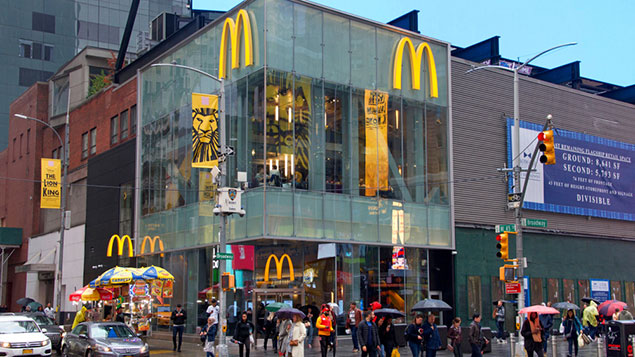 McDonald’s is facing a lawsuit in the US accusing it of discriminating against African-American customers and staff.

The lawsuit was filed on Tuesday in federal court in Illinois by Vicki Guster-Hines and Domineca Neal, who claim they “suffered systematic but covert” racial discrimination. The women have worked at McDonald’s since 1987 and 2012 respectively and were both vice presidents for franchising and operations in Dallas but were demoted to senior director positions in 2018 as part of corporate restructuring. They are seeking damages from the fast food giant.

It is alleged in the lawsuit that since 2015 McDonald’s had conducted a purge of senior African-American employees and shifted advertising away from black customers.

The women claim that racial discrimination at McDonald’s became “overt, unmistakable, non-coincidental and highly damaging” after the 2015 leadership change when UK-born Steve Easterbrook became chief executive. He is named in the lawsuit.

Easterbrook left the firm in November 2019 after the McDonald’s board decided his relationship with a colleague contravened company rules, and was replaced by Chris Kempczinski, who is also named in the complaint.

The lawsuit refers to the shelving of training programmes for African-Americans, descriptions of colleagues as “angry black women” and the exclusion of black people from senior adviser positions.

“In shocking ways difficult to overstate, McDonald’s under Easterbrook and Kempczinski declared war against the African American community,” the lawsuit alleges.

Guster-Hines and Neal claim that the number of black-owned franchises had declined disproportionately and that McDonald’s had shifted advertising away from black customers in an attempt to upgrade its image.

“As a consumer block, African-Americans were singled out as less desired by McDonald’s,” they claim.

McDonald’s rejects the allegations with a spokesperson saying: “We disagree with characterisations in the complaint.”

The firm says it has reduced the number of “officer level” positions over the past five years but that black people account for 45% of the firm’s corporate officers – an increase since 2013 – and all of its 10 field vice-presidents in the US.

“At McDonald’s our actions are rooted in our belief that a diverse, vibrant, inclusive and respectful company makes us stronger,” the spokesperson added.