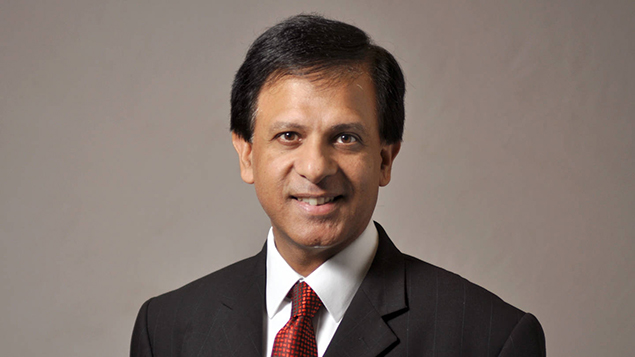 Dr Chaand Nagpaul, the BMA's leader, said he was "truly appalled" by the findings of the report
Pic: BMA

The British Medical Association has apologised to members after an independent review found that female doctors felt “undervalued, ignored or patronised because they are women”.

The doctors’ union commissioned Daphne Romney QC to produce the report after two female doctors claimed they had been subjected to sexism and sexual harassment by elected BMA members.

Claims against the BMA included a senior woman on a committee who was propositioned by a male colleague, meaning she felt unable to attend committee events while away from home. Another was sent an unsolicited naked photograph by a man on the committee.

Romney’s report reveals an “old boys’ club” culture in the BMA that goes unchallenged, treating women “as of less importance and ability”.

She stressed that the majority of men in the BMA were not sexist or sexual harassers, adding: “There are hundreds of BMA committees, most of which carry out their work perfectly properly.”

She also praised the BMA for a “supportive environment in childcare, the development of policies on bullying and harassment, and cultural awareness and assertiveness training for staff to enable them to stand up when bullied”.

In compiling her report, Romney wrote to every BMA member and employee, inviting them to speak to her about their experiences of sexual harassment and sex discrimination, and how they felt about the BMA’s resolution process.

In response to her findings, the BMA has put in place a number of measures, including:

The BMA’s leader, Dr Chaand Nagpaul, said in response to the report: “I am truly appalled to learn that members and staff have been subjected to sexism and sexual harassment and the behaviours described in this report. These behaviours have no place within the BMA.

“I am deeply sorry to those who have been affected and I thank all those individuals who came forward to contribute to the review – I recognise their strength and courage in speaking out.

“The report makes for difficult reading. I am determined that we learn from it, and, most importantly that we make the necessary changes to ensure we become a truly inclusive association by implementing the recommendations.”

McKeown added that she was deeply sorry that members had been subject to this behaviour. “I am of an age where sexism has pervaded so many parts of my personal and working life for too long,” she said.

“It’s not just within the BMA but that doesn’t mean we accept it; we don’t, and we won’t. I want the BMA to be an organisation, that as a doctor and as a woman, I am proud to be a part of and those who follow me will also be proud. This is a springboard for change and that change has already begun.”

BMA chief executive Tom Grinyer said he was “determined that we make the BMA a place where staff and members feel valued and respected for who they are and what they do”.