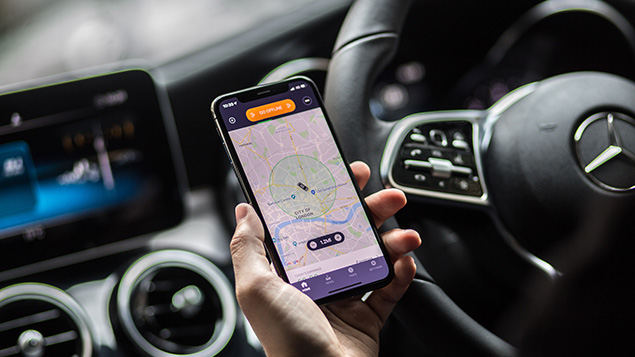 Bolt is a minicab app similar to Uber
Pic from Bolt

A driver is bringing an employment status case against taxi-hailing company Bolt after he was expelled from its platform for refusing to take enough fares.

His case could open the floodgates for other claims from Bolt drivers, according to the Independent Workers’ Union of Great Britain, which estimates there are around 35,000 Bolt drivers in London.

When does a casual worker become an employee?

Andrei Donisa claimed he was blocked from using Bolt’s app – which works in a similar way to Uber – on the grounds that his acceptance rate for rides was too low, even though he had not agreed minimum hours with the company.

Donisa said he would decline journeys that were too short and far away to justify the journey, or if a client had a low rating from other drivers and could therefore be a safety risk.

The first time his acceptance rate dropped below 50%, Bolt suspended his account for 24 hours. The second time he did so he was suspended for a week, and the third, for a period of 10 years.

Donisa claims he was not made aware of any of these penalties in advance. He also claims the company denied drivers basic rights such as the minimum wage.

Estonian company Bolt set up in central London last summer after Uber was stripped of its licence by Transport for London amid allegations drivers had faked their identity.

Donisa said the company was “worse than Uber”, despite claiming ethical credentials.

“We get no sick pay, no holiday pay, no guaranteed minimum wage. The one right they claim to give us is the right to choose how we work and when I exercised that right, I was punished and dismissed by Bolt,” he said. “We need to take a stand on this and with the support of my union, the IWGB, that’s exactly what I intend to do.”

IWGB general secretary Jason Moyer-Lee added: “Bolt is just one of many Uber imitation companies given a free pass to ignore workers rights but as long as they exploit drivers and deprive them of the workers rights they’re entitled to, the IWGB will hold them to account.”

A Bolt spokesperson said: “A high quality, reliable service is critically important. Happy passengers ultimately lead to more money for our drivers as they get more business with Bolt at lower commission rates than with any other platform.”