Brexit and immigration: At last some progress on citizens’ rights 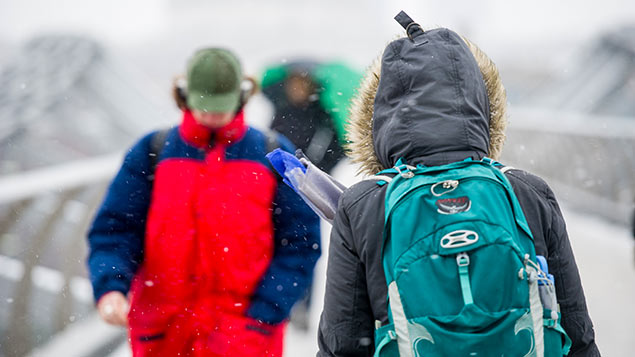 The immigration question has loomed over Brexit negotiations for some time now, but a policy paper published by Theresa May’s government earlier this week appears to add another piece to the jigsaw. Rachel Harvey warns that, while the latest news has been welcomed as a positive step, UK employers must not sit back and relax.

It seems as if the UK as a whole has been drip-fed information about the post-Brexit immigration landscape over the past 12 months with each announcement or letter to stakeholders revealing a little more about the rights of EU migrants after Brexit.

The latest update has clarified a contentious point and confirms that EU citizens will be allowed to move to the UK during the two-year transition period following Brexit making it their permanent place of residence. These two years will also be allowed to count towards the five-year period of permanent living and working which is necessary when applying for settled status.

While pressure from the EU may have been a major factor in the Government’s decision to publish this week’s policy update, the business community can still expect further clarification down the line.

Insights into the rights of EU migrants up until 2021 buys both the Government and employers a little more time, but this should not be a reason for anyone to relax. The publication of a further policy document and white paper in the summer, followed by findings of the Migration Advisory Committee in September is expected to further reveal the state of the UK’s immigration landscape post-2021.

For employers relying heavily on the use of EU migrant labour, the past 12 months have been a bumpy ride and mixed messages from the Government have bred widespread uncertainty. Despite finally receiving some short-term indication about the migrant labour market this week, businesses should not be lulled into a false sense of security and must realise that securing their workforce is still a high priority.

Recent migration statistics have shown a steep drop in the number of EU migrants coming to live and work in the UK but there is still potential for this trend to reverse. The confirmation that EU nationals will be allowed to come to live in the UK during the transition period could herald a number of UK businesses going on European recruitment drives.

An extra two years is a significant amount of time and if EU nationals feel more secure about being able to build a future in the UK, it may be that more proactive approaches to sourcing labour will be more successful than previously.

However, reassurance is key and there is still likely to be large numbers of low-skilled workers currently in the UK who feel uncertain about their futures. So much about the Brexit negotiations is unknown that many may feel that the rug could be pulled from under them at any time. In this situation, it is down to employers to provide as much clarity as possible and reassure workers not only about the UK as a place to live and work in, but that help and support is available when dealing with the immigration system.

Helping workers navigate the process is essential and any assistance is likely to be gratefully received. This could be anything from providing digital copies of payslips or tax documents, to signposting them to those who can offer guidance and help filling out forms. The promise of a streamlined app-based immigration system has been spoken about for some time; however, as with many things, this has yet to materialise. Until then, workers will still need to grapple with the 176-page form if they want to apply under the current EU regulations

The immigration situation for those living here is clear up until 2021, but after that employers will find themselves navigating uncharted territory. Despite this, any business that fails to prepare recruitment plans for after 2021 could be setting itself up for a fall.

It would be a wise move to use this extra time period to get started sooner rather than later. Having a scheme attracting EU workers to come and work in the UK is essential and in order to be able to sponsor people to move over, there are a number of boxes that must be ticked. Examples of these include having the processes in place for a potential licence system being introduced, having personnel files in order, undergoing all appropriate right to work checks and being able to evidence that the business had attempted to recruit from the UK.

All of these tasks take time and if a further cliff edge is to be avoided post-2021, getting the house in order now is essential.

Theresa May has provided more clarity at just the right time. Granted, there are more parts of the puzzle that needs to be found but at least EU migrants, and their employers, are starting to find some foundation upon which to act and secure their futures on UK soil.