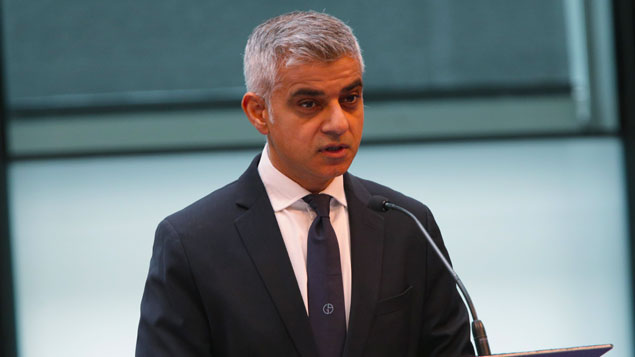 Black, Asian and minority ethnic (BAME) people employed by the Greater London Authority (GLA) group – which includes organisations such as Transport for London and the Metropolitan Police – are paid up to 37.5% less than their white colleagues, according to an ethnicity pay audit.

It said the pay gap was because of an “under-representation of BAME employers in senior roles”.

The largest median ethnicity pay gap of the group (37.5%) came from the Old Oak and Park Royal Development Corporation, which runs a redevelopment project in west London.

White staff at the developer were paid an average of £26.81 an hour, compared with £16.75 for BAME employees.

This was followed by a 30% difference in median pay at the London Legacy Development Corporation, which was responsible for the Queen Elizabeth Olympic Park.

Mayor of London Sadiq Khan said he would take immediate action to close the ethnicity pay gap. All of the GLA’s recruitment will be anonymised and names will be removed from application forms. It has already removed gender and ethnicity fields from recruitment forms.

Unconcious bias training has also been introduced across the organisation, as well as a diversity and inclusion management board.

The mayor said: “London is renowned throughout the world as a progressive and diverse city and that’s why it is important for me to publish City Hall’s first ever ethnicity pay audit.

“I am deeply troubled that members of the Black, Asian and minority ethnic community who work at these organisations earn on average less than their white counterparts, and I am determined to confront this inequality.

“This sort of injustice takes many years to develop and it becomes deeply entrenched. My administration is finally beginning the process of turning this around.”

The ethnicity pay gaps at the GLA group’s other organisations were:

There was no ethnicity pay gap at the London Fire Brigade, where both white and BAME employees were paid on average £16.36 an hour.

Khan urged all of London’s public bodies and businesses to “right this injustice”. He called on the Government to consider making ethnicity pay audits a legal requirement, as is the case for gender pay gap reporting.

“It is wholly unacceptable in 2018, that those from BAME communities are likely to earn less, progress less and enjoy a poorer quality of life than their white counterparts. It’s vital that we take action now,” he said.

Last week, the Government commissioned Business in the Community to look into whether employers were considering if there was an ethnicity pay gap within their organisations.