Would a British exit from the EU cut employment red tape? 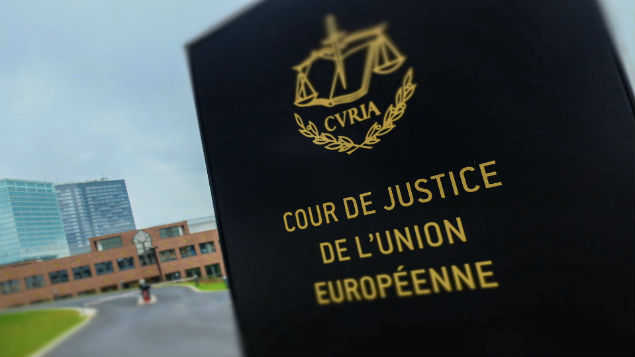 British exit from the EU would not mean ECJ rulings had no force in the UK. Photo: Isopix/Rex

The Conservative victory in the general election means that there will be a referendum on a British exit from the EU within the next two years. But could an exit lead to employment law reforms that will be unpopular with employers? John Charlton asks the experts.

Prime Minister David Cameron’s pledge to hold a referendum on Britain’s membership of the EU has been mired in controversy within his Party. In May, ministers baulked at the suggestion that they would be fired if they campaigned for the UK to leave the EU during Cameron’s talks on reforms with EU partners.

One thing that does seem clear is that most UK businesses would prefer the country to stay in the EU. The British Chambers of Commerce has been polling its 100,000 members since 2013 on what outcome they would prefer from the referendum. The poll for the first quarter of 2015 showed that 63% of respondents felt that a full withdrawal from the EU would have “a negative effect on Britain’s business and economic prospects”, up from 59% in the fourth quarter of 2014.

Of the possible outcomes flowing from a referendum, the one finding most favour with respondents was for the UK to stay put, but with specific powers transferred from Brussels to London. Some 55% of respondents agreed that this would deliver a positive impact for their business, down from 57% in the fourth quarter of 2014 poll. Respondents from companies employing more than 500 staff were more likely (74%) to see withdrawal as a negative option than those with fewer than 20 employees (63%).

Other organisations that are backing staying in the EU include the CBI and the Institute of Directors (IoD), which says that only 7% of its members want the UK to leave. The Federation of Small Businesses says that it is conducting “extensive research” among its members to gather their views on the “in or out” proposition.

What they would really like is to stay in a reformed EU where life for employers is made easier through changes to regulations including employment law.

The IoD says: “On employment regulations there are clear issues that businesses want to see addressed. The recent ruling on the inclusion of overtime and commission into the calculation of employees’ holiday pay, for instance, pulled the rug from underneath British businesses that had been following the rules. What works for some parts of Europe doesn’t work for others. Our members want reform and want to stay in the EU.”

What reform is the UK likely to get?

This depends on the referendum vote but also on what the Government may be able to negotiate with the EU and its member states, for example on UK opt-outs to employment law and regulations derived from EU directives. The outcome of the general election has given David Cameron a mandate of sorts to try to win concessions from the EU.

Whether he can do this will be revealed over the coming months, but, even if the UK does vote for an exit (or “Brexit” as it is being termed), it is far from likely that UK employers will be able to escape the grip of EU directives.

Assuming a withdrawal, the Government would likely be asked by business organisations to repeal or amend EU-derived employment laws that they do not like. Trade unions would probably oppose any dilution of rights emanating from the Social Chapter.

In theory, withdrawal from the EU would allow for change to regulations such as: those applying to agency workers’ rights; working hours; holiday entitlement; discrimination rights; protection of employment on the transfer of a business; equality; contracts; and workplace consultation.

Catherine Barnard, professor of European Law at Cambridge University, says: “If there was a Brexit and no alternative structures put in place, then the UK could certainly repeal EU-derived rules it dislikes, for example the Working Time Regulations and the Agency Workers Regulations. The UK could also repeal large parts of the Equality Act 2010.”

After an exit, much will depend on whether or not the UK were to remain in the European Economic Area (EEA), along with Norway, Iceland and Lichtenstein, or follow the example of Switzerland and negotiate bilateral agreements with the EU.

If the UK stays in the EEA, the experience of Norway indicates that the UK will probably have to accept – without having any say – much of EU employment and social policy, including directives that cover: working time; acquired rights; part-time workers; collective redundancies; parental leave; and equal treatment. “Many employers would regard this as a high price to pay,” says Professor Barnard.

Hogan Lovells partner Elizabeth Slattery points out that this status could result in the UK still being bound by the Working Time Directive (WTD), with the added chance that the EU may remove the UK’s working time opt-out, “which many businesses would see as the worst of all worlds”. The opt-out allows workers who are 18 or over to choose to opt out of the 48-hour limit imposed by the Directive.

James Davies, head of employment at Lewis Silkin, says that Switzerland “has more than 120 agreements with the EU, many of which incorporate EU law, and Swiss legislation often follows EU law, even in sectors not covered by these agreements. In practice, Switzerland has TUPE, collective redundancy and working time laws, and Swiss courts often follow European Court of Justice (ECJ) case law.”

Adam Hartley, employment partner at DLA Piper, expects that little would change if there was a Brexit, especially as: “a raft of wholesale changes to employment law would lead to unwelcome confusion and uncertainty for employers, as well as the potential for significant cost in complying with a revised regime. Furthermore, many of the rules that flow from Europe reflect accepted standards of good industrial relations, for example requiring employers not to discriminate and providing for rest breaks and paid holiday.

“Neither employers nor employees would want these rules removed.”

However, it is hard to believe that the UK Government will not have any room for manoeuvre on the employment law front if there is a Brexit. After all, the UK is a much bigger beast than Norway et al.

Will a British exit from the EU mean big changes?

Slattery thinks that businesses will put the squeeze on the Government to amend the Working Time and Agency Workers Directives. “Businesses dislike the record-keeping obligations imposed by both pieces of legislation and are concerned about efforts to remove the working time opt-out from the WTD. It is likely that there would be strong pressure from businesses to repeal the Working Time and Agency Worker Regulations, were the UK no longer bound by the underlying European directives.”

Would an exit lead to lower immigration?

Anyone who thinks a Brexit will lead to lower EU immigration is deluded.

According to pro-EU pressure group Open Europe, Switzerland, proportionate to its size, has accepted four times as many EU immigrants as the UK. The group believes, based on figures from Eurostat (the EU’s statistics service), that all three EEA countries have accepted, relative to their own populations, far more EU immigrants than the UK.

In effect, these countries accept the free movement of EU labour, a principle that the EU will not depart from.

In 2015, there have been 641,000 legal immigrants
entering the UK, of which 268,000 were from EU states. Some 290,000 came from non-EU states. If the Government cannot significantly cut the non-EU element that it supposedly controls, then it has no hope of cutting net migration to the tens of thousands, in or out of the EU.

Other areas that may see change, in her view, include those that relate to protections for transferred staff, and information and consultation obligations in collective redundancy situations. She does not expect to see “a significant rollback of anti-discrimination law”, and adds that it may be possible to introduce a cap on discrimination compensation, should the UK exit.

In Hartley’s opinion, the main areas of employment regulation likely to change – due to pressure from businesses – are, “the inability to harmonise employement terms after a business transfer; the requirement to ensure pay parity for agency workers after 12 weeks; and various aspects of the working time rules including record-keeping and holiday pay”.

Would the UK be able to ignore ECJ rulings after an exit from the EU?

If there is a Brexit, what will be the standing of the ECJ and its past and future rulings? In theory, if the UK quits the EU, then future decisions of the ECJ would not be binding on UK courts. But, if the UK leaves and then becomes a member of the EEA and the European Free Trade Area (EFTA), says Adam Hartley, “the UK would remain subject to most aspects of EU social and employment policy, given that EEA member states are bound by, for example, the Acquired Rights, Collective Redundancies, Working Time and Agency Workers Directives.”

He adds that the EFTA Court, which interprets the EEA agreement with regard to EFTA states, “is bound by ECJ case law. As such, it would continue to have significant influence in UK courts.” Even if the UK avoided that fate and had its own agreements with the EU, the power of the ECJ would still be felt, its past judgments would stand, and future ones could be influential.

“It is likely, for the sake of legal certainty, that pre-exit jurisprudence would be preserved until such time as the government of the day choses to repeal or revise that area of law,” says Laura Morrison, an associate lawyer at Maclay Murray & Spens.

It is also likely that where the ECJ rules on legislation derived originally from the EU that those rulings would influence UK courts.

Hartley adds that: “The UK system of precedent means that past decisions remain binding on lower courts. Even if there is a full exit, it will be largely impossible for an employment tribunal to depart from existing case law.”