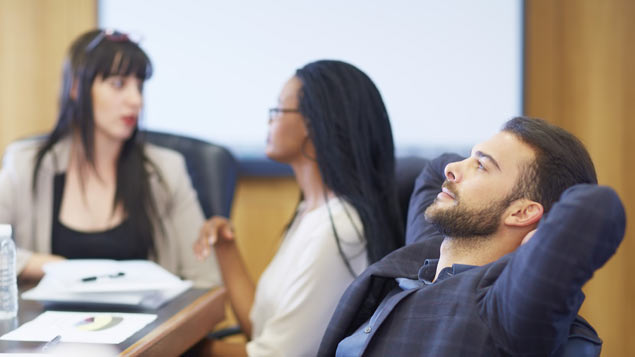 Millennials are eager to learn, but need a good grounding in people skills such as negotiation and assertiveness. Voucher code website RetailMeNot is using a combination of on- and offline approaches to achieve just that, finds Cath Everett.

One of life’s great paradoxes is that the more digital a company becomes, the more – not less – it requires the human touch as a counter-balance.

This is the experience of Thaisa Money, European HR director at US-based voucher code website, RetailMeNot, which has operations both across the continent, including the UK, and in North America.

“We are essentially a tech company, but we also balance it with the human side as we’re not machines yet,” she says.

“In fact, in all of my career in HR, I’ve probably worked more closely with people in this company than in any other.”

The reason, she believes, is that most of the firm’s 150 European employees, of which 70 are based in the UK, are millennials, mostly in their twenties.

Money says this demographic creates “more of a sense of excitement about learning” than other companies she has worked for before.

“People really want to do better so development is something that they all want to take ownership of,” she explains.

But this scenario, in turn, requires a more hands-on approach in order to harness and channel employees’ enthusiasm.

“It’s a bit of a generalisation, but in an older business, people often feel settled and that they have nothing more to learn,” Money adds. “But if people are younger, there’s definitely more of a sense of curiosity – and we feed it by giving people lots of opportunities to find out more.”

To this end, the company has made available online video tutorials and training via Lynda.com and FutureLearn’s Massively Open Online Courses or MOOCs.

“We don’t want to lose the human side so we do a lot of one-to-one coaching and development.” – Thaisa Money, RetailMeNot

But this kind of e-learning is also backed up by in-house workshops led by managers, as well as other ‘bite-size’ lunch time sessions on topics such as communications styles, all undertaken on a face-to-face basis.

“We don’t want to lose the human side so we do a lot of one-to-one coaching and development,” Money explains. “If it’s too tech-heavy, people just switch off and will do things like ignore your emails.”

So if, for example, recent content on RetailMeNot’s employee portal has focused on performance management, it will be followed up with an in-house session on the subject.

Perhaps unsurprisingly, given that many of RetailMeNot’s staff are on either their first or second job, the company’s biggest skills shortfall is not so much technical as people-related.

“You’d think in a tech company, it would be all fast, whizzy and boom, but really it’s all about people and how you work with them,” Money says. “The skills that are lacking most, and that we offer most training in, are interpersonal ones such as handling different scenarios, assertiveness – anything to do with people management.”

Which just goes to show that, even in a digital age, the human touch is just as important as it ever was.