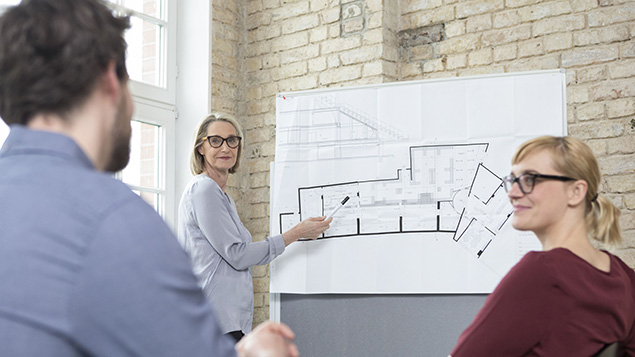 News that apprenticeship start numbers had plummeted following the introduction of the apprenticeship levy in April led to criticism of the new system from many. David Willett from the Open University, urges employers to make their levy pay.

When the apprenticeship levy came into force in April, employers generally weren’t ready for it.

Learning and development survey: Apprentices and the apprenticeship levy

Many organisations reported that they weren’t fully aware of how the new reforms would affect them and how apprenticeships would fit into their organisations’ strategy.

Three months after launch some organisations were still lagging behind, with Open University’s research revealing that three in ten (28%) weren’t fully informed about the lev, and one in five (18%) had no plans to make use of the levy.

Now, six months on, some uncertainty clearly remains: new figures from the Department for Education (DfE) reveal that there were just 43,600 apprenticeship starts between May and July of this year, down from 113,000 for the same period last year (59%).

Some say that this significant decrease shows that the levy isn’t working as it should, and believe that the reticence could be down to issues around awareness and understanding, not to mention the ongoing issues with the funding system.

There’s no doubt that the introduction of the levy has presented organisations with challenges.

Some companies see the levy as a “payroll tax”, and are unsure how to turn a liability into an asset, while others see potential, but need to be reassured of quality and relevance of training from external providers.

We believe that the opportunities provided by work-based training are there to be seized – but there’s a long way to go before the goal of closing the skills gap through apprenticeships becomes a reality.

Stories of organisations that have made the most of the levy will help to address some misconceptions. For most employers, though, a significant culture shift is still needed.

Our report, authored by Towards Maturity, The Work-Based Learning Dividend found that the perception of apprentices in the workplace can be outdated.

The apprenticeship brand can conjure negative emotions, as colleagues often don’t understand what apprentices are, or the role they can play in providing the high-level skills that many organisations desperately need.

Apprentices themselves can feel they’re treated differently to other employees, and that their role can lack recognition.

But how can organisations address these attitudes, to bring the benefits of apprenticeships to their workforce?

Organisations must overhaul their perceptions of apprentices and rethink their notion of what a ‘typical apprentice’ looks like.

Traditionally the apprentice was likely to be the newest, youngest member of staff, arriving fresh from school or college with little work experience, but this is being overturned by the new model.

The opportunities created by new apprenticeship standards, including new degree apprenticeships, can be put to use in training new recruits, or retraining current staff to meet new organisational needs, as well as to improve staff engagement and retention.

Training is open to everyone: old and young; skilled and unskilled. The levy provides employers with the ability to take advantage of lifelong learning, developing the skills they need within their existing workforce.

Perhaps most importantly though, work-based learning can help to mitigate future talent risks for employers. With Brexit looming on the horizon, organisations would be wise to invest in their current employees, as the UK’s access to international talent could diminish.

The ever-changing business landscape is opening up new possibilities, often underpinned and driven by technological advancements, but organisations will be left behind if their workforce skills and organisational culture are not primed to seize them.

Never before has there been a stronger need for the agile and adaptable ‘learning organisation’ – the organisation that constantly transforms itself and its staff to meet business needs.

Employers that will thrive in the future will be those who integrate learning and work, and appreciate that the job is never done when it comes to employee training. And work-based training plays a major part in making this happen.

Ultimately, the crux of the issue is that organisations must invest adequately in training, making it a top priority and not a bolt-on or afterthought.

A good training and development programme, which focuses on innovative ways to find talent, and nurture and develop people’s skills in the workplace, will breed loyalty, increase motivation and boost productivity.

The apprenticeship levy provides a new opportunity for organisations to develop the skills of their workforce, but investment in developing the UK workforce should be a priority for all organisations.

It’s time for employers, training providers and governments to work together to make the most of work-based learning and apprenticeships, and their prospective benefits for the economy as a whole.

David Willett is head of propositions at the Open University.
View all posts by David Willett →
Previous Article
Next Article