By Laura Chamberlain on 22 Aug 2012 in Graduates, Recruitment & retention 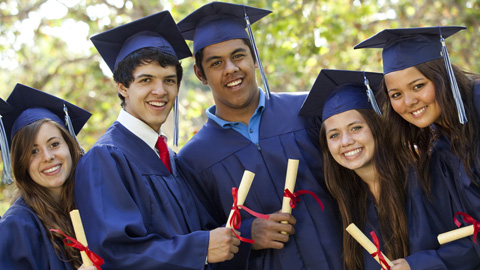 Graduates care more about career opportunities and their ability to make a difference in a role than their future salary prospects when applying to jobs, according to research from consulting firm Hay Group.

The survey found that graduate priorities in 2012 were in stark contrast to those in 2011, when pay potential, bonuses, pensions and healthcare options topped graduates’ concerns.

This year’s graduates said that, other than starting salary, the top three factors they looked for when applying for jobs were: opportunities to progress up the career ladder (53%); the ability to make a difference (51%); and the chance to use technical knowledge or expertise (45%).

While 45% of last year’s graduates ranked pay prospects as one of their top three considerations when applying for jobs, just 8% saw this as a priority this year.

The survey also found that graduates’ views of the recruitment market were not aligned with those of employers.

Two-thirds (64%) of students who graduated this year believed that there were significantly fewer graduate schemes on offer than in 2007 and 61% said the majority of their classmates had not yet been able to secure a job.

However, 85% of the employers who took part in the research said that that they had not cut back on their graduate schemes in the last five years.

Christopher Smith, industrial brand sector leader at Hay Group, said: “Although the latest labour market statistics showed that unemployment has started to drop and pay has increased slightly, there is still a very gloomy perception of the UK job market.

“Our research suggests that this is starting to filter down and is affecting graduates’ confidence.”

View Hay Group’s infographic on the expectations and priorities of 2012’s graduate jobseekers.