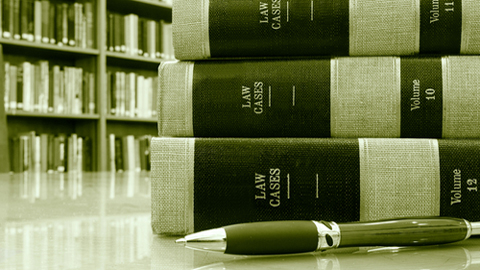 This Supreme Court decision concerning a claim under the Protection from Harassment Act 1997 was brought by one employee against another. It considers the scope of a potential defence to acts committed under the Act if an individual’s course of action was pursued for the purpose of preventing or detecting crime. It will be relevant to employers, given their potential vicarious liability for employees who commit such offences in the course of their employment.

Mr Willoughby was employed by IT-Map Ltd, a company run by Mr Hayes. The two men fell out and Mr Willoughby began a sustained course of conduct against Mr Hayes, including:

At first instance, Mr Willoughby’s conduct was found to constitute harassment under the Protection from Harassment Act 1997. However, he was found to have a defence that his conduct was pursued for the purpose of preventing or detecting crime as he genuinely believed in the allegations he had made. The Court of Appeal allowed an appeal on the ground that the purpose of the conduct was not reasonably or rationally connected to the prevention of crime, which had to be the alleged harasser’s sole purpose for the defence to be made out.

The Supreme Court upheld the decision of the Court of Appeal. It was held that Mr Willoughby’s conduct after the Official Receiver notified him that there would not be any further action was irrational. His persistence was obsessive and he had ceased being guided by any objective assessment of Mr Hayes’ criminality.

In the Supreme Court’s view, the test of rationality under the Protection from Harassment Act 1997 requires good faith, a logical link between the evidence and the perceived reasons for the harassment, and an absence of arbitrariness. The alleged harasser must have thought rationally about the evidence suggesting criminality and formed a view that the conduct was appropriate for the purpose of preventing or detecting it.

This case is a useful reminder of the potential liability that could arise under the Protection from Harassment Act 1997 and the narrow scope of the defence of acting with the purpose of preventing or detecting crime.

The advantage for employees of bringing harassment claims under the Protection from Harassment Act 1997 is that they do not need to demonstrate unlawful discrimination, as would be the case at an employment tribunal. The limitation period for such claims is six years, rather than three months for a discrimination claim.

In practice, claims under the Protection from Harassment Act 1997 are relatively rare, perhaps because they have to be brought in the High Court, which involves a more costly procedure than the employment tribunal and carries a higher risk of paying the other side’s costs if the case is lost.

This case did not concern an allegation of whistleblowing. However, it is possible to envisage a situation in which Mr Willoughby could have claimed that his disclosures to the Official Receiver and the police were deemed to be “protected” for whistleblowing purposes.

Under the changes to the whistleblowing legislation due to come into force in June 2013, there will no longer be a requirement for a disclosure to be made in “good faith” for it to be protected. Given that the defence sought to be run in this case is made out only if the prevention of crime was the sole purpose, it is possible to envisage conduct that amounts to an offence under the Protection from Harassment Act 1997, but that amounts to a disclosure reasonably made in the public interest under the whistleblowing legislation.

The forthcoming changes will permit any award of compensation in a whistleblowing claim to be reduced by up to 25% if there is found to be a lack of good faith. However, the removal of the good faith requirement raises the unusual possibility of actions constituting criminal harassment under the Protection from Harassment Act 1997, but nevertheless attracting the protection under the whistleblowing legislation. This may be particularly relevant in circumstances where an employee seeks to raise concerns of malpractice or breaches of a legal obligation concerning other employees to external third parties such as regulators.

Tom Kerr-Williams is a partner at DLA Piper