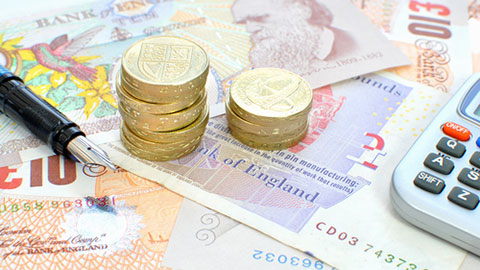 Vaughan v London Borough of Lewisham and others

In DLA Piper’s case of the week, Vaughan v London Borough of Lewisham and others, the Employment Appeal Tribunal (EAT) approved the employment tribunal decision to require a claimant to pay around £60,000 in costs. This claimant had turned down a £95,000 settlement offer.

Ms Vaughan brought a series of claims for discrimination (including victimisation), harassment on grounds of race and/or disability, and detriment suffered as a whistleblower. Vaughan represented herself in the employment tribunal. The matter culminated in a 20-day hearing.

Vaughan comprehensively failed in all of her claims. The employer’s solicitor made an application for costs on the basis that the claims were misconceived from the outset and that, in bringing and continuing such unmeritorious claims, Vaughan’s conduct was unreasonable.

The employment tribunal made an award in favour of the employer of one-third of the costs to be assessed. The EAT forecast that her actual costs liability would be in the region of £60,000.

In considering Vaughan’s appeal against the costs order, the EAT considered the approach of the employment tribunal and commended it for the application of a two-stage test. It decided that the threshold conditions under rule 40(3) of the Employment Tribunal Rules 2004 had been met and considered whether or not, as a matter of discretion, an award should be made. Rule 40(3) states:

In exercising its discretion, the employment tribunal should also consider rule 41(2):

“The tribunal or employment judge may have regard to the paying party’s ability to pay when considering whether it or he shall make a costs order or how much that order should be.”

Counsel for the employer did not, at the employment tribunal, rely on the fact that Vaughan had failed to accept a generous offer of settlement as basis for an argument that her continued conduct of the proceedings was misconceived. However, one of the arguments brought by Vaughan in appealing the decision was that the offer itself was indicative of the fact that her claims were not unmeritorious. The EAT dismissed that argument, saying that respondents often consider the commercial merits of making a settlement offer, even where they feel that the claims have no merit.

The other bases for appeal included that:

The EAT took the points of appeal seriously, particularly those in relation to Vaughan’s inability to pay and the fact that she was self-represented. However, the EAT concluded that litigants-in-person are not immune from the same cost provisions as other parties to proceedings. The EAT also carefully considered the argument around ability to pay. However, it took the point from the employment tribunal that this was not confined to Vaughan’s current circumstances, but whether or not in the future she could have the means to pay or part-pay any costs order. The EAT stressed that the party benefiting from the costs order is entitled to take a view on the timing and extent of recovery.

This case is a sobering reminder for claimants that they cannot rely on the absence of a costs warning early in proceedings as any reassurance that costs will not be awarded in future. Parties will not be able to escape liability for any costs order simply by reference to their current financial circumstances. The nature of a costs order is to allow the party in whose favour it has been made to take its own decisions regarding recovery. This case is likely to have greater implications as we move to a new regime in employment tribunals where costs are going to be more obviously at issue.