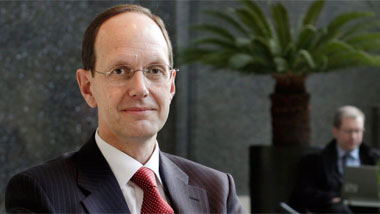 The CBI has called on the Government to help unlock the potential boost to the economy from the UK’s “forgotten army” of mid-sized companies, in a report published today.

The report, Future Champions: unlocking growth in the UK’s medium-sized businesses, states that these companies have been ignored for too long by the Government but have the potential to inject between £20 billion and £50 billion into the economy by 2020.

Firms with a turnover of between £10 million and £100 million represent less than 1% of businesses but generate 22% of economic revenue and 16% of all jobs.

The research, which was conducted with the help of McKinsey & Company, says that championing small businesses will “increase their ambition” and is necessary to “scale up their capabilities” which will assist in “repairing the finance gap”.

Despite their contribution to the economy, they are often neglected because they are too large to benefit from policies tailored to small business, but too small to win the attention that FTSE firms command.

According to the report, the key ways in which medium-sized businesses can build capabilities are by:

The CBI is also calling for a broader range of capital release equity to be made available to medium-sized businesses.

Director-general of the CBI John Cridland said: “Medium-sized businesses are truly a forgotten army, and now is the time to unlock their potential.

“The key to unlocking their success will be inspiring owners and managers of all mid-sized firms to strive for growth, to give them the right skills to scale up their business, and to make sure they have access to long-term growth capital to fund their expansion. If we get it right, this hitherto forgotten part of the business community could have a game-changing impact on the economy, creating an additional £50 billion of GDP by 2020.”

The report goes on to say that mid-sized companies could play a crucial role in rebalancing the economy, and create new jobs in areas most affected by public spending cuts. In the North-East, where unemployment reached 11.3% in the three months to August 2011, mid-sized firms already account for about 20% of all jobs. They also represent 30% of the UK’s manufacturing base.

The contribution that mid-sized businesses make to the UK economy is much smaller than in France and Germany, where they contribute a greater share of total revenue and generate a significantly higher proportion of jobs.