Tax reform: Hidden traps in the changes to termination payments

By James Medhurst on 6 Apr 2018 in Tax, Payment in lieu of notice (PILON), Latest News 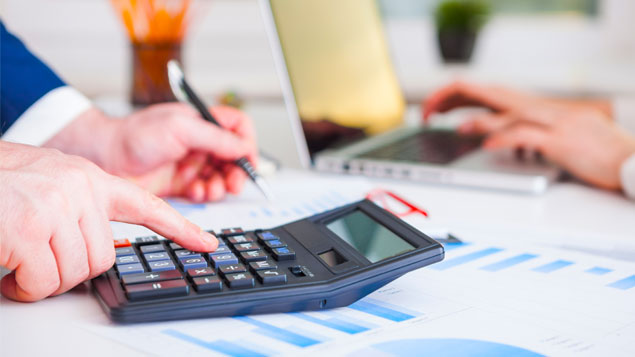 Employers should be prepared for several tax system reforms that are due to take effect this year, including changes to the rules around payment in lieu of notice. James Medhurst, an employment lawyer at Fieldfisher, explains.

The Government is continuing to tinker with the tax system, and there are several changes in the pipeline for the next tax year and beyond.

For most employers, the most significant reform will be to payment in lieu of notice (PILON), which will bring additional complications to the calculation of termination payments.

Payment in lieu of notice

How to make a payment in lieu of notice

Where an employee resigns, can the employer pay the employee in lieu of his or her notice period?

It will be necessary to consider the new rules whenever an employee leaves without working a full notice period, whatever the reason for it. Termination payments to an employee will be deemed to include notice pay, even if there is a resignation or a gross misconduct dismissal, and parties will not be able to avoid the changes by agreeing to cut short notice.

As always, the biggest priority for employers is to liaise with accountants and payroll software providers, to ensure that the new rules are incorporated. But it will also be necessary to be aware of the key changes, check to the payroll software, and to respond to the negotiating points of employee representatives.

Historically, notice pay has been taxed differently depending on whether there is a contractual right to be paid in lieu of notice, with only the PILON specified in the contract being subject to tax.

This distinction has steadily eroded over time, and is being abolished altogether from 6 April 2018. From that date, payments in lieu of notice will be subject to income tax and national insurance, regardless of what the employee’s contract says.

This is calculated from basic pay but ignores any salary sacrifice arrangements. In rare cases, the statutory formula will give a larger amount than that derived from the PILON in the contract of employment, in which case the less risky approach is to use the PENP figure in preference to what the contract says.

Another tricky situation occurs where the employee is required to give a shorter period of notice than the employer. Unless and until HMRC guidance says otherwise, it seems that the PENP should be calculated with reference to the employer’s notice period, which could greatly increase the amount of tax to be paid.

In either of the above situations, employee representatives might well ask for more generous tax treatment on behalf of their clients, but it is advisable that these overtures are resisted. Employers bear all of the tax risk and, even with an indemnity, there is potential criminal liability if the correct deductions are not made. Breaches also increase the risk of being audited by HMRC.

If an employee is dismissed without notice for gross misconduct or resigns without giving notice, but the matter is settled, it will still be necessary to apply the PENP formula, to reflect the fact no notice period has been worked.

Tax and national insurance will have to be paid on any notice pay element of the settlement sum, before the £30,000 exemption for termination payments can be relied upon.

Because it can be a difficult calculation, it is preferable for termination payments to be processed through payroll, if at all possible. If not, the PENP formula should be applied carefully, making sure, in particular, to disregard the effect of salary sacrifice on basic pay.

Tax and national insurance will have to be paid on any notice pay element of the settlement sum, before the £30,000 exemption for termination payments can be relied upon.”

To avoid any doubt, it is advisable to include the PILON or PENP figure, as appropriate, in the settlement agreement, making it clear exactly how it has been calculated. Because there is no longer any advantage to be gained by leaving pay in lieu of notice clauses out of contracts of employment, it is a good idea going forward to incorporate carefully drafted PILONs as a matter of course.

It appears that the same considerations will arise for employment tribunal awards. Where full notice has not been paid, compensation should be processed in a similar way to settlements, ideally through payroll.

There are also several other changes due to take effect.

The Government has confirmed the recent decision of the tax tribunal that termination payments for injury to feelings will attract income tax (subject to the £30,000 threshold), unless the injury in question amounts to a disability.

For international employers, there will be significant changes to the foreign service exemption, and foreign service relief, for termination payments. However, the changes are not as dramatic as what was originally envisaged. From 6 April 2018, employees who are not resident in the UK at the time of the termination will continue to benefit from the old rules, but employees who are resident in the UK will not, even if they have worked abroad earlier in the same employment.

The Government had also proposed national insurance changes, in which termination payments in excess of the £30,000 threshold are to become subject to employer’s contributions. It is still expected to go ahead with these changes, but they have been postponed until April 2019.

James is a solicitor at Fieldfisher, specialising in employment tribunal litigation, employment tax, and the TUPE aspects of outsourcing and corporate M&A.
View all posts by James Medhurst →
Previous Article
Next Article

2 Responses to Tax reform: Hidden traps in the changes to termination payments