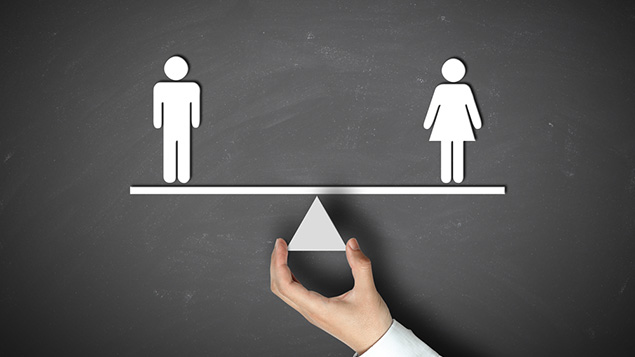 With the deadline now behind us for gender pay gap reporting, it’s not time for employers to file the paperwork away until next year. Acas policy adviser Simone Cheng looks at why the real work starts now.

The gender pay reporting process has so far largely focused on the numbers – and it may be tempting to think ‘job done’.

As my colleague John Palmer said in a recent article, there is actually “nothing in law that requires an employer to do anything about the gap”.

I don’t know about you, but doing nothing doesn’t feel to me like a very good option.

The gender pay gap is not just a story about numbers. It’s about how an organisation got to where it is with gender pay and how it plans to progress towards greater equality.

This is no fairy tale, certainly not for those women who feel unfairly treated. And there are clearly some negative cultural issues that may try to prevent the good narrative triumphing in future years. Here are just some of them:

“Women are not ambitious”: It’s a well-known and very damaging stereotype. Women who show a glimpse of confidence or assertiveness, are often portrayed as “bossy” or “pushy” – terms you do not often hear described of men, where such behaviour is frequently praised and rewarded.

“Women are weak and submissive”: The gender power imbalance – which is such a big part of recent revelations of sexual harassment at work – has led to a host of misperceptions, for instance, that women lack typical leadership qualities. It can serve as a deterrent to women feeling confident in applying for promotions or negotiating a pay rise, which in turn, fuels these assumptions. And the vicious cycle goes on.

“Women make the choice between career or family”: A recent Acas conference on the gender pay gap and attitudes to women at work highlighted that women in the UK see an average 10% gap increase to 33% if they have a child. Clearly it should no longer be the case that you can only have one or the other – a message which employers should be advocating.

So what can be done?

To better understand their workforce and overcome these types of barriers, an employer can:

The Timewise Flexible Jobs Index 2017 indicated that “it could take as long as 40 years for the number of jobs that are advertised as offering flexibility to match the number of people in that market”.

This market includes men, many of whom want to spend more time with their children but lack the active encouragement to take time off from work and/or cannot afford to do so.

It’s a good time to review policies and practices and make sure they are being communicated to all staff. There can be a wide range of options beyond part-time working, such as job-sharing and compressed hours. So think creatively about different roles.

Careful job design, clear statements of opportunities for flexible working in job advertisements and continual investment in your staff through training and communication are all vital.

Get ahead of the numbers game and address other inequalities. Barriers to career progression and pay gaps are not limited to gender. Explore the different characteristics of your workforce structure, pay levels and payment systems as a whole to ensure they are fair, equal and free of prejudice across the board.

Of course, change takes time, but we all have a part to play. The benefits are clear: a culture of equality, diversity and inclusion will give the talent and engagement to help a business thrive.

Guidance from Acas and the Government Equalities Office further explores some of the fundamental considerations which can help make your story a reality. Do not get stuck in the diagnostic stage and do nothing. Take action now.