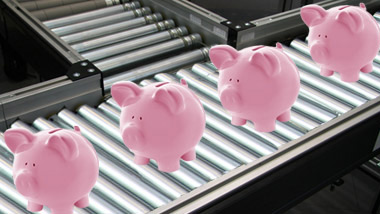 Government proposals to raise the income trigger for pensions auto-enrolment will leave women worse off, Labour has warned.

According to the Government’s own consultation on the plans, increasing the amount that employees have to earn before being enrolled into a workplace pension from £8,105 to £9,205 will exclude 340,000 people.

The consultation found that three-quarters (75%) of those affected by the changes will be women, as they are more likely to work part time or earn less than men.

The claim came on the same day that pensions provider Scottish Widows published a report highlighting how women are already failing to save as much for retirement as their male counterparts.

Shadow pensions minister Gregg McClymont said that the Government’s plans will make the situation even worse: “Ministers have moved the goalposts on workplace pensions once again and that means another quarter of a million women will miss out.”

According to the Scottish Widows research, women are putting aside £776 less per year than men for their old age; a 10% rise on 2011.

This means that a 30-year-old woman who maintained this average annual rate of saving until the age of 65 would have £29,800 less in her pension pot in today’s money than her male counterpart by the time she retired.

The survey of 5,200 adults also found a rise in the number of women not paying into pension funds at all. This year, 26% of women said they saved nothing for their retirement, compared with 23% in 2011.

Lynn Graves, head of business development for corporate pensions at Scottish Widows, said: “Important differences in lifestyle, such as being more likely to work part time or have a full-time caring role, mean women often find it more difficult to save for retirement.”

She added that the Government and employers need to raise awareness of the gender gap in retirement savings and help women to prioritise their pensions.