Claim for negligent reference dismissed: what now for employers? 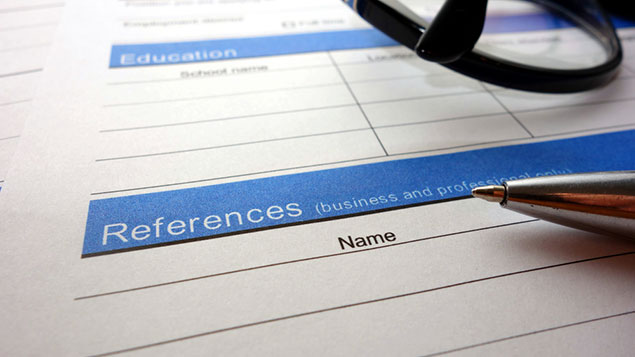 Can an employee challenge an investigation that has led to an unflattering reference? A recent decision sheds more light on the risks posed to employers that need to provide detailed references, says Charles Wynn-Evans.

Given the potential liabilities that can arise in respect of references, many employers have adopted the practice of only providing basic employment details in references – confirming, for example, only dates of employment and job title – and declining to answer specific questions about former employees or to give substantive references.

Those who nonetheless do give more detailed references voluntarily, or who are required to do so because they operate in a regulated sector where references are required to be given do face risks if an employee is unhappy about the contents of a reference and seeks to argue that it is inaccurate and has been negligently prepared.

The recent decision in the case of Hincks v Sense Network Limited gives further guidance to employers on their responsibilities in giving references.

In Hincks, the claimant, who had been an IFA engaged by Co-operative Independent Financial Solutions (CIFS), complained about a reference that had been given about him by Sense Network Limited, the company for which CIFS acted as appointed representative in relation to certain FCA regulated activities and which acted as CIFS’ compliance department.

The reference in question was given by Sense Network’s compliance director and referred to various issues that had arisen during the course of Hincks’ engagement.

These included a prior suspension for non-compliance with internal procedures, offers of compensation made to clients in respect of planned annual reviews for which clients had paid but which could not be conducted due to his suspension and a rehabilitation programme that he had undergone.

The reference also referred to a transaction that Hincks had conducted in November 2016 in breach of an applicable pre-approval process and to the conclusion of the investigation conducted at the time – which led to the termination of his engagement– that he had “knowingly and deliberately circumvented” that pre-approval process.

Hincks brought a claim alleging that Sense Network had committed negligent misstatement in giving the reference.

He argued that, where a negative opinion is expressed about an individual based on the conclusions of an earlier investigation, the referee is obliged to be satisfied that the investigation was reasonably conducted and procedurally fair.

Hincks criticised the investigation in question as an “inadequate sham” and argued that as a consequence the reference referring to the issues in question was not true and accurate and gave a misleading impression.

How should employers respond?

It has long been established that employers giving references need to exercise reasonable skill and care in so doing.

In particular they must take reasonable care to ensure that any reference given is not misleading overall, whether as a result of the inclusion or omission of material, nuance or innuendo.

However, in Hincks the High Court found that this did not mean that a referee is obliged to assess the procedural fairness of a prior investigation the conclusions of which may form part of the reference to be given.

The court held that there were “formidable difficulties” in the argument that referees should be required effectively to revisit the procedural fairness of a previous investigation, not least given the time that might have elapsed since the investigation, the fact staff might have left, potential issues concerning the recovery of relevant documents and the difficulty of such a retrospective review.

Nonetheless, the court did give some further guidance for those preparing references and set out the following suggestions that employers should:

However, unless there were such a “red flag” prompting further investigation, the referee would not be required to consider the procedural fairness of the underlying investigation.

Hincks should provide employers with reassurance that, save in the exceptional cases it describes, it will not be necessary for a referee to revisit the procedure followed in reaching an adverse finding in an investigation whose conclusions will be referred to in a reference.

The decision nonetheless does serve as a useful reminder of the need to take care when compiling a reference, and its specific guidance should be borne in mind by those giving and delivering training on how to give references.