Is the coaching industry ripe for digital disruption? 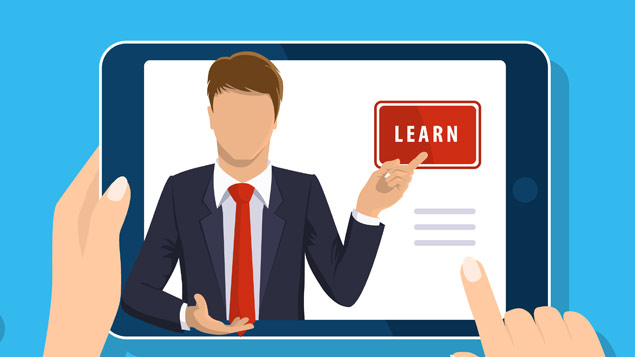 Skills coaching can be delivered virtually, at scale, then practised in a group environment.

We have seen a host of industries from food delivery to cab driving disrupted by digital developments. Coaching is not immune. International coaching expert Revel Gordon looks at the developments this industry could face.

The disruption and uncertainty that leaders face in the current business climate has been a boon for the coaching industry.

More and more, organisations engage coaches to help executives and their teams step up to meet the challenges and opportunities of this volatile, uncertain, complex and ambiguous world.

However, the coaching industry itself is not sheltered from the seismic shifts that affect business and society more broadly; it too faces major change and the threat of disruption.

According to the Cynefin Framework, an approach that enables executives to make better decisions by seeing things from new viewpoints, disruption tends to start in simple systems.

As soon as a process or industry becomes ubiquitous and standardised, it is ripe to be thrown into chaos by an innovative competitor. The taxi industry was travelling along very nicely, for example, until Uber launched in 2011.

So where is disruption most likely to impact the coaching industry first? The simplest coaching modality – skills coaching – is ground zero.

There are four broad categories of one-on-one coaching: skills, performance, developmental and remedial.

As its name suggests, skills coaching helps people learn how to do new things. Presentation coaching, negotiation coaching, and training people on how to handle difficult conversations are all examples of this.

Skills coaching is most common in middle management and emerging leader programmes, so there is real advantage in a technology solution that can be delivered at scale. This, combined with its relatively simple and linear nature, makes skills coaching the delivery method most susceptible to disruption.

As an example, take training in how to have challenging conversations. This can take a while to master in real-life situations, but the basic concepts can easily be taught via video or interactive module, and then practised in a group environment.

This is a more scalable and cost-effective solution than trying to have each person coached individually, and we are seeing more and more interactive learning modules used to support this type of training.

Performance coaching helps people get better at using capabilities they already have.

It tends to be more complex and nuanced than skills coaching, because one needs to understand the unique circumstances of the individual so they can truly help them to improve. Consequently, performance coaching is less susceptible to disruption in the short term.

Developmental coaching is the most complex form of one-to-one coaching engagement. It aims to help people change how they see their world, and in so doing, deliver an return on investment to both the individual and the organisation.

Most senior and executive-level coaching engagements are developmental in nature (though they may also include components of performance and skills coaching).

Again, the bespoke and non-linear nature of this work means it is unlikely to be disrupted by technology any time soon.

Finally, remedial coaching aims to help the coachee address serious issues that are impacting their performance. Think of this as coaching’s “last-chance saloon”. The coachee needs to change… or else.

Frankly, the research is clear that remedial coaching is not typically a good investment, and companies would be better off allocating resources to helping their top performers become even more effective, rather than trying to retain people who may not be a good fit for their role or the organisation.

What about team coaching?

Teams are the core structure within which things get done in organisations, so it’s not surprising that team coaching is on the rise.

The coaching industry itself is not sheltered from the seismic shifts that affect business and society more broadly; it too faces major change and the threat of disruption.”

Team coaching is therefore likely to be a key growth area in the coaching market.

This does not replace “traditional” one-to-one coaching. In fact, the two modes complement each other perfectly.

An increasingly common approach is for development engagements to have both team and individual coaching components supporting each other.

The team works together on overall values, norms, goals and actions, while each member of the team has one-to-one coaching to focus on their individual development areas.

However, while team coaching is incredibly powerful, it is also significantly more challenging to carry out than “traditional” one-on-one coaching.

An eight-person team is an inherently more complex system to work with than a one-to-one situation.

Effective team coaching requires the skills of a facilitator and the capabilities of a seasoned coach.

Most one-to-one coaches have little or no experience in the team coaching space, with many finding the very idea of team coaching to be confronting.

However, the increasing demand for team coaching will start to attract more coaching professionals into this area over time, and this will continue to be one of the fastest-growing parts of the coaching market.

Rise of the virtual coach

For HR departments looking to purchase coaching services in markets like New York or London, this would be something to seriously consider, particularly for coaching programmes with many participants.

It can be financially beneficial to fly suitably experienced and capable coaches out to meet the participants and then have them deliver the bulk of the programme virtually from a lower-cost location.

We are starting to see virtual worlds being used in therapeutic environments, and these have the potential to be used in corporate coaching as well.

For example, ProReal has developed a product that can help the client create a virtual world to externalise and visualise the issues they are facing.

The technology has been used primarily with teenagers in therapeutic situations, but ProReal claims to have also used it in executive coaching settings as well.

The technology is still somewhat “clunky” and, at this stage, does not replace the coach, but instead provides another tool for the coach and coachee to use when working together. However, rapid advances in artificial intelligence may change this equation, so watch this space.

We are seeing an increasing demand in the market for coaches to be able to demonstrate that they have had appropriate training and relevant experience.

Organisations such as the International Coach Federation and the European Mentoring and Coaching Council are growing in acceptance as the global standards for coaching certification.

There are also a number of highly respected masters-level coaching qualifications worldwide, including several in Australia (which is a world leader in this area).

In the UK, professional coaches are now expected to undertake regular supervision in order to be considered for inclusion on most coaching panels. All of these trends point to an increasingly professional, rigorous and evidence-based industry.

The threat of disruption in the coaching industry is real and, as with every other industry, change is constant. HR departments looking to purchase coaching services have more options and factors to consider than ever before.

Coaches that make a conscious effort to evolve and disrupt their own ways of working are maximising their chances to thrive. Stand still, and they will soon be left behind.

Revel Gordon is an executive coach, coach trainer and facilitator who works across Australia and the Asia Pacific region. In addition to his coaching and leadership practice, Revel is a Director of the International Coach Federation Australasia, the world’s leading coaching body.
View all posts by Revel Gordon →
Previous Article
Next Article