Commuting time should be counted as part of the working day 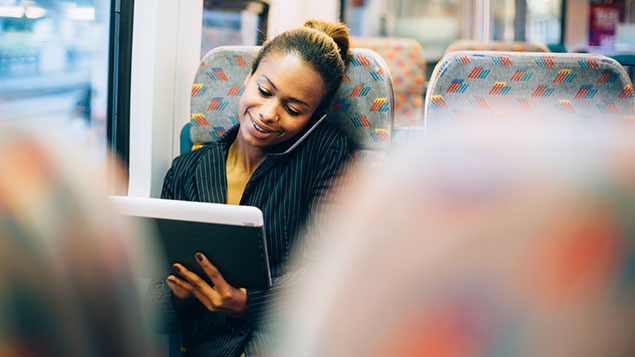 Commuting time should be counted as part of the working day, according to research by the University of the West of England.

What is included in working time?

In what circumstances is travelling time included in the working time calculation?

UWE’s researchers argue that – thanks to widespread smartphone use and better wi-fi access on trains – commuters are regularly using their travel time to deal with work emails and other tasks, so this should count as work.

They surveyed 5,000 rail passengers on commuter routes into London and will present their findings at the Royal Geographical Society today.

Many workers would use their home to work commute to deal with emails that had come in ahead of the working day, while those on the way home would catch up on work they had not finished during their regular working hours.

Using the commute to work seemed to increase as access to free wi-fi on these routes improved, UWE found.

Commuters reported that they would “rely on that time” or that it was “really important to my sanity” to be able to use travel time to deal with work issues.
Others said the commute acted as a “buffer” between the office and work where they could “clear the decks for the day” so they could relax at home.

However, Dr Juliet Jain from UWE has questioned how this type of working might be monitored as it increases.

She said: “If travel time were to count as work time, there would be many social and economic impacts, as well as implications for the rail industry.

“It may ease commuter pressure on peak hours and allow for more comfort and flexibility around working times. However it may also demand more surveillance and accountability for productivity.”

Alan Riley, Customer Services Director at Chiltern Railways, which helped out with the research, added that trains would also have to adapt to accommodate increased commuter working.

He said: “Trains would also have to offer a good working environment including tables, power, space and good continuous connectivity for internet and phone calls, which would need investment from train operators and telecoms industries.”

The law on working time

“The European courts have been considering the ongoing issue of working time for employees over the past few years which started with sickness and holiday, then overtime, on-call time and travel time to name a few. The result of this is that the law continues to move further and further in favour of the employee and protecting their work/life balance as much as possible. Therefore employers should err on the side of caution.

“If commuting is to be taken into account as working time, the first point of action should be to identify what this time is termed; is this considered overtime? If so then does it attract additional pay and how would this be monitored? If it doesn’t warrant overtime pay then consideration may need to be given against the national minimum or living wage. In any case, consideration must also go to the welfare of the employee and their entitlement to rest periods.

“But that’s not all. Employers need to consider wider implications of such practices including data security and GDPR. If employees are to be working during their commute, devices should be equipped with appropriate security installed to comply with GDPR and the employer’s own policies in relation to client data.”

And while there have been legal decisions around travelling time counting as paid working time for mobile workers, there is so far no legal guidance on how to monitor or reward employees who carry out work tasks while commuting.

Jamie Kerr, parliamentary affairs officer for the Institute of Directors, added: “This increasing flexibility has the potential to radically shift the work-life balance for the better – but it also leaves open the door to stress and lower productivity.

“With the concept of clocking on and clocking off no longer straightforward, defining where leisure begins and work ends will be vital for both employers and individuals, as well as a complex task for regulators.”