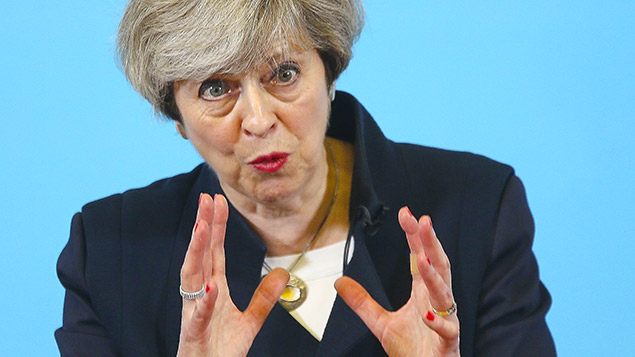 Workers will be able to take up to one year’s leave to care for an elderly relative under wide-ranging plans to be outlined by the Conservatives today.

Theresa May’s unveiling of a statutory right to unpaid “care leave” is one of 11 pledges in what she will describe as the “greatest expansion of workers’ rights” by any Conservative government.

Other pledges include better rights for workers in the gig economy and two weeks’ paid leave for parents who lose a child.

Carers, worker representatives and time off for training

Establish a policy on supporting employees who are carers

The new entitlement to care leave is likely to be similar to a policy in Ireland, where workers can take up to 104 weeks off to help loved ones.

The Prime Minister will say: “I said I would use Brexit to extend the protections and rights that workers enjoy, and our manifesto will deliver exactly that.”

She will add: “By working with business, reducing taxes and dealing with the deficit we have delivered steady improvements to the economic prospects of working people. Now is the time to lock in that economic growth and ensure the proceeds are spread to everyone in our country.”

Other pledges include a guarantee that workers will not lose any of the protections they enjoy under EU law after Brexit, and a commitment to ensure that employees receive the same level of information about their company’s future as shareholders.

The Prime Minister will also unveil plans to extend gender pay gap reporting obligation to ethnicity, such that large companies will have to outline how much they pay workers from each ethnic group.

May is also expected to confirm plans for “returnships”, previously announced in the Budget, providing training and support for mothers returning to work after maternity leave or who have taken time off to care for loved ones.

Other commitments unveiled today include the return of the pledge, first aired when May became Prime Minster last summer, to improve worker representation on the boards of companies. Large businesses will be able to designate an existing non-executive director as an employee representative, or directly appoint an employee to the board.

Today’s announcement is likely also to include plans laid out last week by health secretary Jeremy Hunt to allow workers with shorter-term mental health conditions such as stress and anxiety to be protected against disability discrimination, without the need to have had the condition for more than a year.

“Before the election, the Conservatives must set out the protections they will offer gig economy workers, and confirm that workers will be able to speak for themselves on company boards. They should also clarify that they’re sticking to their 2020 target for the national living wage.

“Working people have a right to know these details before they cast their votes.

“And while it’s good to see the PM reaffirm her pledge to protect existing rights at work, she needs to ensure that British workers don’t miss out on future EU rights too.”

The Tories will also pledge that the national living wage, the minimum wage rate for workers aged 25 and over, currently £7.50 an hour, would rise “in line with average earnings until 2022”.

The Conservative party has confirmed that the current target for the national living wage to reach 60% of median hourly earnings by 2020 remains. This is expected to be around £8.75 according to a forecast from the Office for Budget Responsibility.

The Labour party, which has pledged a national living wage rate of £10 by 2020, dismissed the Tories’ announcement. It said that the Conservatives had overseen an “era of non-compliance of employment law”, an “explosion in low pay and stagnating wages” and a “massive expansion in bogus self-employment”.

Peter Cheese, chief executive of the CIPD, said: “The right to request leave for training purposes is a welcome step, although more detail and consultation on how this will be applied is needed, especially as we have seen with flexible working that the right to request itself is not a silver bullet.

“The biggest obstacle facing people in developing new skills is falling employer investment in skills and workplace training, and with the growth of self-employment and contract work, and increased job mobility, how people will be supported for training and lifelong learning is a key question.”

Cheese said the CIPD was disappointed that plans to improve employee voice were not bolder: “Non-executive directors representing employees is unlikely to give workers enough meaningful voice in the workplace. We call on the next Government to commit to a more robust package of reforms, rather than a potentially tokenistic measure which may not deliver the changes we need to see.”

Tim Goodwin, an associate at the law firm Winckworth Sherwood, said: “It was David Cameron who scaled back employment rights radically, most notably making it harder to bring unfair dismissal claims and introducing huge tribunal fees – in most cases up to £1,200 – which has seen claims fall by up to 70%.

“Unless action is taken to make bringing a claim more realistic, I can’t see that some of these new rights, such as unpaid leave to care for a relative, will add much because the reality is that, unless workers can enforce their rights, they will not be observed.”