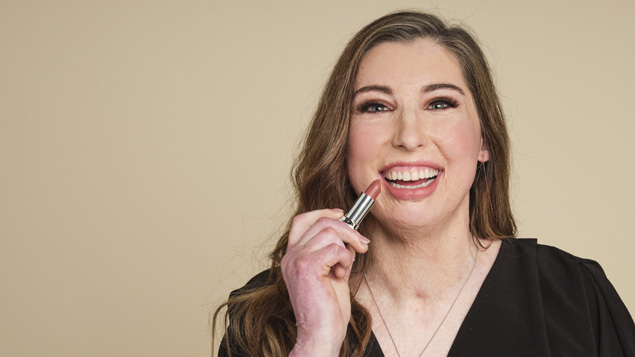 A significant culture shift, driven by leadership teams, is needed to tackle the bullying and exclusion that many people with visible differences experience at work.

Almost a fifth (18%) of people across the UK identify as having a visible difference – such as a mark, scar or a medical condition that affects their appearance – and more than a third (36%) had experienced hostile behaviour because of this, according to campaign group Changing Faces.

How to use anti-discrimination policies more successfully

At least 1.3 million people in the UK are estimated to have significant disfigurements, including 569,000 with facial disfigurements.

Much of the discrimination they faced was in the workplace: 36% said they had been discriminated against when applying for a job because of the way they look; 40% felt they were judged by potential employers and 41% had not applied to certain roles because of their appearance.

The problem is not limited to recruitment: 64% experienced hostile behaviour at work; 19% have felt uncomfortable around colleagues or have received negative comments; and 10% have been ignored by their co-workers.

Despite the Equality Act 2010 offering workers protections against discrimination, many people felt their employer had not been effective enough in preventing it from happening (34%), while 40% said the law did not offer them enough protections at work.

Although the Act says severe disfigurement is a protected characteristic, it does not define was “severe” means, said Changing Faces CEO Becky Hewitt.

“We know that living in a society where there is such pressure to look a certain way can be incredibly tough, and today’s research confirms that too many people with a visible difference still face exclusion and discrimination. That’s from how they’re treated when they go out in public, to the hostility, bullying and hate crime they experience from strangers, to discrimination in the workplace,” she said at the launch of Changing Faces’ My Visible Difference report.

The charity and its supporters called for employers to do more to help staff with a visible difference feel included, going beyond exercises like unconscious bias training – which can sometimes be seen as a “box ticking” exercise.

Asif Sadiq, head of diversity, inclusion and belonging at the Telegraph Media Group, said tackling discriminatory behaviour and bullying needed to be done in its early stages.

“It’s important to draw the line on what’s banter and what’s clearly discrimination. Sometimes we get that mixed up,” he said. “Victims sometimes think that it will go away, but from my experience working in the HR sector, it doesn’t. It’s worth highlighting it in the initial stages.”

He said organisations should not simply focus on their obligations under the Equality Act 2010. They need to go beyond minimum statutory requirements if they want to create a truly inclusive workforce.

“There’s a lot of work going on currently around neurodiversity. Similarly, customer-facing roles need diversity. We need to allow people to do the same jobs.”

He gave an example of a fashion retailer that employed an amputee, but confined them to a back-office role, “That’s what needs to stop. We need to challenge that and make sure we’re fair and give everyone the same opportunities.”

Change should come from the top of organisations and diversity in appearance should be given the same prominence as gender and racial diversity in leadership positions.

Many people with a visible difference felt discrimination had affected their career development, according to Changing Faces’ survey of 1,037 people. One in 12 said they had been given tasks below their pay grade and had been overlooked for development opportunities, while one in 15 had been turned down for a promotion or a pay increase.

We know that living in a society where there is such pressure to look a certain way can be incredibly tough, and today’s research confirms that too many people with a visible difference still face exclusion and discrimination,” – Becky Hewitt, Changing Faces.

One woman with Alopecia said: “I worked very hard to blend in and not to be noticed. That’s really career limiting. By the time I realised I was doing this, I had missed so many opportunities career-wise.”

Equalities minister Baroness Williams said organisations needed to think about their culture. “It takes leadership to engender a culture that is not tolerant of intolerance and that all people are comfortable in the place they’re working,” she said.

“Organisations that really want to promote ethical, good working environments need to tackle any bullying because of any type of characteristic – whether its race, religion, facial appearance.”

Discriminatory behaviour from third parties such as customers and service users must also be challenged, suggested Vicky Knight, an actress with burn scars who plays an acid attack victim in upcoming film Dirty God.

Knight, who works in a hospital A&E department, said she has to tell patients her story up to 40 times a day. “I had a lady the other day who said, ‘what have you been doing, burning yourself?’.”

“There are a lot of nurses in my hospital who have disabilities – they’re deaf or there’s a nurse who’s got cerebral palsy. You see people staring all the time and I think there needs to be things put in place to educate people.”