Why current gender diversity practice is part of the problem 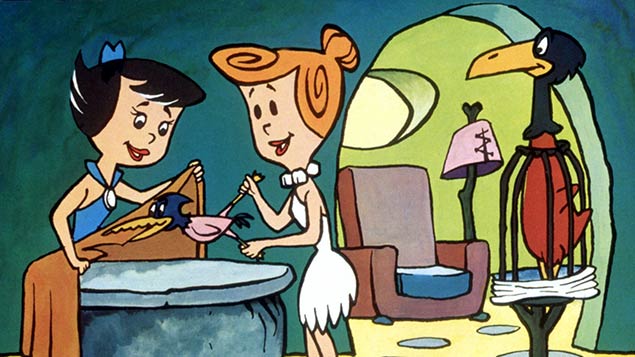 Not a week seems to go by without some debate about the representation of women in business. But Binna Kandola believes the way we currently approach gender diversity is often part of the problem.

If the volume of words generated on gender diversity matched the level of action, we would have achieved equality a long time ago. The fact we are discussing the topic is, in itself, a sign of progress – diversity, or the lack of it, has moved up the priority list for many organisations.

However, the terms of the debate and the assumptions on which they are based have become part of the problem. These assumptions not only hinder progress on gender diversity, they have also become accepted as truth and codified into organisational policy and practice.

The biggest assumptions are that males and females are different and that these differences are both natural and enduring. If that is our starting point, then the solution is – as many people advocate – to value the differences that the genders bring to the workplace.

The increasingly accepted method, therefore, is to have people understand gender differences so that men and women can work together more harmoniously and productively. This, in turn, leads to the major argument behind the business case for gender diversity. This is all very logical – as long as you do not question the starting point.

The fact that men and women are different is because of evolution, so the story goes. In hunter-gatherer societies, men would go out seeking animals to eat while the women remained in or near the caves collecting herbs and tending to the children. This is why men have to provide for the family and women are homemakers. In our book The invention of difference: The story of gender bias at work, my wife Jo Kandola and I refer to this as theory YDD – for “Yabba Dabba Doo!” This version of events is about as accurate as The Flintstones.

When we looked at the research we found that, in fact, hunter-gatherers are best described as gatherer-hunters and that they were nomadic. We also now understand that male and female roles were far more interchangeable – in other words, women hunted and men gathered. Gender is particularly prone to the creation of these “just-so” stories as it provides an explanation, albeit spurious, for the current division that we see between the sexes.

For example, up until the industrial revolution households were dependent on the family wage. Everyone worked: men, women and children. A pre-industrial revolution saying from Bremen in German: “If a woman doesn’t work there will be no bread on the table,” contradicts the assumption that became prevalent during the 19th century. The expectation of the sole, male breadwinner is still with us today.

So the roles played by men and women are not due to evolution, but are instead influenced by the way we view the work itself. There is nothing “natural” about women predominating in human resources and men in sales – it says more about how we view and value those roles. But what about gender differences in ability and personality that we hear so much about?

Despite what we pick up from the mainstream media, which loves nothing more than a “men and women are different” story, properly conducted and peer-reviewed research, based in work situations, shows that there are no differences between men and women. Some studies may show a difference, but these have proven not to be replicable.

Properly conducted and peer-reviewed research, based in work situations, shows that there are no differences between men and women”

Using this research as our starting point, it is safer to work on the basis that there are no differences between the genders – which, of course, contradicts the current orthodoxy. Research that shows no differences gets no airtime. My wife and I experienced this ourselves when producers for a popular radio programme said they would not be interested in a “men and women are the same” feature.

Davies also says that organisations should set a voluntary target of 25% of women on non-executive boards. People have debated different parts of that statement: whether or not we should have targets at all; and if so, whether or not they should be mandatory or voluntary. The most contentious and least debated aspect, however, is the figure itself. Why 25%? Where did that figure come from? If we are going to pluck figures out of the air, then why not have a target of 40%? Or 90%?

The real business case for greater gender diversity is a purely human capital one. Women have the same capability to be leaders now, the same potential as men have to be leaders in the future, and so the correct figure – note this is not a target, but the correct number – is 50%. Maybe we should be turning the discussion about numbers on its head. Rather than setting an arbitrary and aspirational target, we should be asking ourselves: “Given that the correct figure for women at senior levels is 50%, why haven’t we reached it?”

We need to challenge the status quo on gender diversity. The position that asserts that men and women are different is simply plain wrong. There is an industry that has grown up around this, and as livelihoods depend on this industry there will undoubtedly be a reaction to the suggestion that the assumption must change.

The policies – the business case for and training on gender differences – are not only misguided, but simply serve to perpetuate the myths and stereotypes that have blighted us for many years. Legislation has changed, organisational policies and practices have changed and HR has been at the forefront of making this happen.

It is time now to start questioning the assumptions on which many gender initiatives are based and to begin a change in that most challenging of areas: our own mind.