Default retirement age: five key trends since it hung up its boots 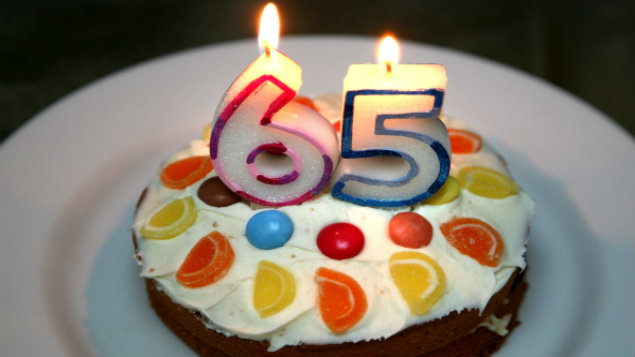 It’s now five years since employers saw the abolition of the default retirement age. What impact has the removal of compulsory retirement had since 2011? Stephen Simpson highlights five key retirement issues for employers.

Prior to 2011, employers were allowed to retire employees at 65 provided that they followed the statutory retirement procedure.

But employees reaching 65 on or after 1 October 2011, could no longer be retired in this way.

Employers could retain a compulsory retirement age only if they could justify doing so.

At the time, some employers argued that ditching the default retirement age would lead to older workers being dismissed on performance grounds, removing the dignity that they deserved at the end of their career.

Five years on, what has been the impact? In the first in a series of articles on the scrapping of the default retirement age, we look at the issues raised in employment law…

1. How line managers address the possibility of retirement

A number of employment tribunal claims have revolved around management putting inappropriate pressure on an employee to retire.

Dziubak v LX Engineering (North) Ltd is a good example of a successful tribunal case that included pressure to retire.

The claimant was a senior project manager who was coming up to his 65th birthday.

During regular meetings, the managing director said to him things like: “You’re coming up to your 65th birthday. You’re going to be retiring, aren’t you?” and “It would really help me if you retired.”

The claimant brought age discrimination and unfair dismissal claims after he was made redundant.

He convinced the tribunal that his selection for redundancy was because of his age and that a younger project manager would not have been treated in the same way.

According to the tribunal, the managing director’s comments were strong evidence of an ageist motive for the claimant’s redundancy.

In 2011, a common concern for employers was that they were going to have a massive extra task of performance management of older workers.

The statutory retirement procedure required employers to give employees notice of retirement, with employees approaching retirement being entitled to request to continue working.

Before turning down a request not to retire, employers had to hold a meeting with the employee, and give him or her a decision in writing as to whether or not the retirement would go ahead.

Employers also had to give employees the opportunity to appeal against the decision to require them to retire.

However, there has been a distinct lack of tribunal cases in which older workers have hung on to their jobs and employers have been required to manage them out of the business because of obvious poor performance.

Problems have tended to occur where employers have used poor performance as an excuse to get rid of an older worker.

A good example of this is the recent case Dove v Brown & Newirth Ltd.

In that case, a 60-year-old salesperson was dismissed after management suggested that customers were not happy with his “old-fashioned” approach.

Accounts were gradually taken away from him and given to younger account managers.

He was then dismissed, purportedly on the basis that there was no work left that he was capable of performing.

The employment tribunal concluded that he was dismissed because of his age. It awarded him over £63,000.

There was much discussion in 2011 about employers retaining an “employer-justified retirement age” (EJRA).

However, XpertHR research suggests that most employers did not keep their retirement age.

In our 2013 survey, just four out of 138 respondent employers (3%) retained a defined, contractual retirement age.

This suggests that, in practice, the EJRA has not turned out to be the major issue that some were expecting.

Jobs where employers have retained a default retirement age have generally been those where high levels of fitness are required, or where there are safety concerns (for example, police officers or firefighters).

4. Cost of keeping older workers on until they retire

A number of cases have arisen in which employers have taken decisions to dismiss older workers in a way that saves money.

In Woodcock v Cumbria Primary Care Trust, the trust timed the redundancy of a senior employee so that he would leave before becoming entitled to a windfall of at least £500,000 by taking early retirement.

The Court of Appeal rejected his age discrimination claim. It accepted that the trust was saving a huge amount of money and had previously bent over backwards to keep him on for as long as it did.

In Harrod v Chief Constable of West Midlands Police, police officers challenged the “A19 rule” under the Police Pensions Regulations.

The A19 rule allows police forces to require a police officer to retire “in the general interests of efficiency” after 30 years’ service and once entitled to a pension of two-thirds of pensionable pay.

The police forces involved that had used the rule successfully defended its use before the Employment Appeal Tribunal (EAT).

The EAT accepted that the police forces, which were taking advantage of a rule introduced by Parliament, were under pressure to cut costs and had run out of other ways to do so.

The EAT also took into account that the rule was targeted only at officers who would do well out of it financially, ie those who were already entitled to a decent pension.

Since 30 June 2014, the right to request flexible working has been extended to all employees (previously it applied only to parents and carers).

Now that the extended right has had time to bed in, will we see more older workers changing their working patterns, particularly in the run-up to retirement?

In the next few years, the proposed introduction of shared grandparental leave may also bring the issue of older workers’ working hours to the fore.