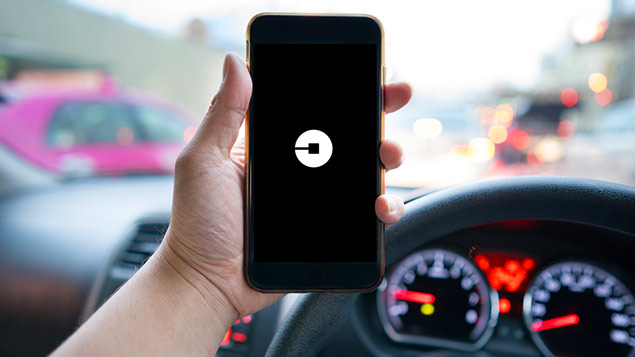 An alternative worker status – dependent contractor – will be proposed by the Taylor review tomorrow alongside calls for new minimum wage guarantees and benefits for gig workers.

Matthew Taylor’s review into modern employment practices will be published tomorrow but details have emerged over the weekend suggesting that the RSA chief executive will recommend that gig workers receive more employment rights.

How to review your pay rates for  piece work

The former adviser to Tony Blair will call for a new worker status, a dependent contractor, which will cover workers such as Uber drivers and Deliveroo riders, providing them with rights like sick pay and holiday pay.

Many so-called gig workers are paid according to tasks completed, rather than hours worked, and reports suggest that Taylor wants to require firms to show that an individual can earn at least 20% more than the national minimum wage.

It is understood that Taylor has looked at pay rules for “piece work” which already exist and are used in sectors such as agriculture, where fruit pickers are paid according to their output rather than hours worked.

Companies would have to model how many tasks an average person can perform working at an average rate as the basis of their pay rates. Taylor will suggest that the Low Pay Commission, the body that sets the national minimum wage, should oversee dependent contractors’ pay rates.

It is believed Taylor will stress that gig economy companies will not have to pay people the national minimum wage if they “knowingly” work when demand is low.

Press reports over the weekend have also suggested that taxes from self-employment should be increased, according to the review of modern working practices.

A leaked copy of the review says: “The same basic principles should apply to all forms of employment – there should be a fair balance of rights and responsibilities, everyone should have a baseline of protection and there should be routes to enable progression at work,” according to The Times.

“We want to incentivise employers to provide certainty of hours and income as far as possible and to think carefully about how much flexibility they can reasonably expect from their workers.

“Workers need to be able to make informed decisions about the work that they do, to plan around it, and to be compensated if arrangements change at short notice.”

Frances O’Grady, general secretary of the TUC, told the BBC: “We don’t need a new employment status. Unions have already won victories through the courts proving that many of these workers that these business chiefs want to describe as self-employed are actually workers and should be paid the national minimum wage, holiday pay, and not face discrimination.

We would also like to see those rights extended so that those in precarious work have protection against being dismissed at their employer’s whim” – Nigel Mackay, Leigh Day

“There’s very limited flexibility for most of these workers. Deliveroo, for example, wear uniforms. We’ve seen Uber workers being logged off if they turn down work. There’s very little flexibility.

“We’re all in favour of genuine, two-way flexibility where the worker has a choice, but when you’re talking about very low-paid workers with very few rights, their best protection is through the cases that unions have taken… We are seeing these platform businesses pleading special status when really they are hiding behind new technology leading to very old casualisation and very often exploitation too.”

Nigel Mackay, the Leigh Day solicitor representing Uber drivers and Deliveroo riders, said: “Much of the speculation about the release of the report has focused on the supposed need to retain flexibility for both workers and employers.

“However, as was clear from the judgment in the claim brought against Uber issued last October, there is nothing to stop individuals from working flexibly and still receiving rights such as paid holiday and national minimum wage.

“We hope that the Taylor review recognises that even where individuals work flexibly, they should be entitled to the same employment rights and protections as any other worker.

“We would also like to see those rights extended so that those in precarious work have protection against being dismissed at their employer’s whim.”

While most workers favour full-time employment, a PwC survey of more than 2,000 UK adults suggests that a significant proportion would consider gig work and other flexible options such as zero hours contracts.

While 77% of people said they preferred full-time employment, 45% would consider gig work – defined as short-term, casual work, typically organised via technology – or already work in this way.

This number would rise if employment rights improved significantly, with two in five people saying it would make them more likely to take up gig work.

Flexible options are most popular with millennials – some 58% of 18- to 34-year-olds would consider taking gig work compared with 30% of those over 55.