By Stephen Simpson on 12 Feb 2016 in Gender pay gap, Bonuses 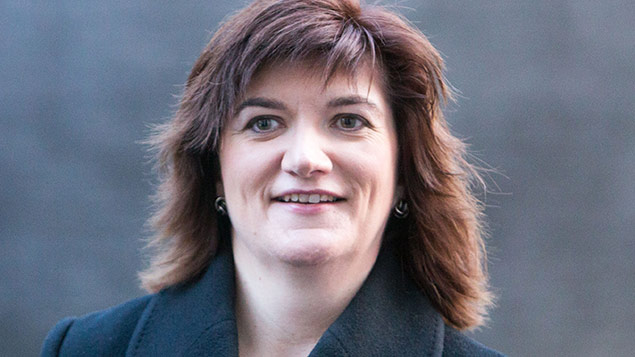 League tables showing how well companies are tackling their gender pay gap will be published by the Government in 2018 under plans unveiled today.

The proposals are outlined as the Government publishes draft legislation requiring large employers to calculate their gender pay gap from April 2017 and publish the details by April 2018.

Guidance on pay and benefits

The draft Equality Act 2010 (Gender Pay Gap Information) Regulations 2016 will apply to private and voluntary sector employers in England, Wales and Scotland with 250 or more employees.

Under the proposals, large employers will be required to publish their overall mean and median gender pay gaps.

In addition, the gender pay reporting regulations will require large organisations to divide their pay distribution into four bands and work out the number of men and women in each quartile.

Minister for women and equalities Nicky Morgan said: “In recent years we’ve seen the best employers make ground breaking strides in tackling gender inequality. But the job won’t be complete until we see the talents of women and men recognised equally and fairly in every workplace.

“That’s why I am announcing a raft of measures to support women in their careers from the classroom to the boardroom, leaving nowhere for gender inequality to hide. At the same time I’m calling on women across Britain to use their position as employees and consumers to demand more from businesses, ensuring their talents are given the recognition and reward they deserve.”

The draft regulations set a specific annual date of 30 April for employers to take a “snapshot” of what employees are being paid, beginning in 2017.

Employers will also have to publish the difference between their mean bonus payments paid to men and women, and the proportion of male and female employees that received a bonus.

Bonus information will be worked out over a 12-month period, rather than taken from a snapshot.

“Larger employers should be able to collect the data they need to meet the reporting requirement without too much difficulty.

“However, they will need to be careful about the calculations as they will have to generate both a mean and a median gender pay gap figure and report their earnings distribution by quartiles.

“XpertHR is committed to helping HR and reward specialists meet the reporting requirements and is launching a gender pay gap reporting service.

“We will make the necessary calculations on behalf of employers and provide them with benchmarks so that they are able to understand their own gender pay gap in context.”

Employers must publish their gender pay gap information on their website, accompanied by a written statement confirming that the information is accurate.

They can support their gender pay figures with a further explanation, although this will not be a legal requirement.

A public consultation on the draft regulations opens today, closing on 11 March 2016.

Kathryn Nawrockyi, gender equality director at Business in the Community, said it welcomed the regulations, “particularly the requirement for organisations to report both the mean and median gender pay gap, as including the mean pay gap will highlight the uneven distribution of women in lower paid work”.

“Asking employers to publish earnings distribution by quartile will clearly show where there are too many men at the top of organisations and too few women at the bottom.”

In addition, to highlight where the gender pay gap needs tackling most, the Government will publish the pay gap by sector in league tables that will allow women to see where the gap is being addressed and where more action must be taken.

Dianah Worman, diversity adviser at the CIPD, said the HR body welcomed gender pay reporting but was concerned about the use of league tables across economic sectors to highlight problems.

“This will likely draw the attention of women to the lower earnings potential they will have to face in forging a career in the STEM areas, where they are already seriously under-represented. It could disincentivise women from exploring opportunities in the very areas Government wants to see more women working, in order to remove the gender pay gap.

“Also, the use of naming and shaming as a sanction against organisations for failing to report what they find could also hinder meaningful and sustainable change. It might encourage quick fixes which could be inaccurate reflections of real progress.”

Helen Corden, employment lawyer at Pinsent Masons, agreed: “League tables will create a real risk of deterring the next generation of female talent from entering industries which they believe could prevent them getting the same recognition as their male counterparts.”