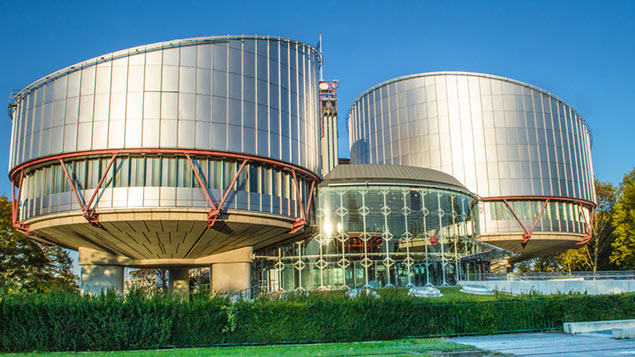 The European Court of Human Rights has overturned a previous judgment it made in the case of López Ribalda and others v Spain, the case where a supermarket manager covertly filmed shop workers stealing.

The Grand Chamber of the ECHR found that the workers’ privacy had not been violated, nor had there been any violation of the right to a fair trial.

In 2009, a manager of a Spanish supermarket identified a significant discrepancy between actual and expected stock levels – sometimes as much as €20,000. As part of an investigation, the store installed both visible and hidden cameras to monitor all of the store’s cashiers.

The legal issues of CCTV use at work

Footage captured five employees stealing from the store and helping customers do the same. The cashiers admitted the theft and were dismissed, but later brought unfair dismissal claims in the Spanish courts.

In May 2018 the ECHR accepted a request by the Spanish government for the case be referred to the Grand Chamber of 17 judges and a hearing was held in November 2018.

It added that the applicants had worked in an area open to the public. The judgment distinguished between the levels of privacy an employee could expect depending on location: it was very high in private places such as toilets or cloakrooms, where a complete ban on video-surveillance could be justified, but it was clearly lower in places that were visible or accessible to colleagues or the general public.

With the growing influence that technology has on our society, we cannot afford to let individuals take justice into their own hands and allow the right to a private life under Article 8 of the Convention to remain insufficiently protected when faced with such new challenges” – dissenting opinion of the minority judges

Given the surveillance had only lasted 10 days and a limited number of people had viewed the recordings, the ECHR took the view that the intrusion into the applicants’ privacy had not attained a high degree of seriousness.

While the ECHR could not accept that simply a slight suspicion of wrongdoing by an employee could justify the installation of covert video-surveillance by an employer, it found that the reasonable suspicion of serious misconduct and the extent of the losses in this case could be a weighty justification. This was all the more so when there was a suspicion of concerted action.

The three judges who did not agree with the ruling said: “We find that both the national courts and this Court failed to strike a fair balance between the rights of the employer and the rights of the employees. By finding no violation of Article 8 of the Convention, the Court has decided to allow the unlimited use of covert video-surveillance in the workplace without affording sufficient legal safeguards to those whose personal data will be collected and used for purposes unknown to them.

“With the growing influence that technology has on our society, we cannot afford to let individuals take justice into their own hands and allow the right to a private life under Article 8 of the Convention to remain insufficiently protected when faced with such new challenges.”

In examining the fairness of the trial (Article 6), the ECHR considered that the applicants had been able to contest the use of the recordings and that the courts had given extensive reasoning in their decisions. The video material had not been the only evidence, the applicants had not questioned its authenticity or accuracy.

The judges unaminously took the view that it was sound evidence which did not need further corroboration. The courts had taken other evidence into consideration, such as the parties’ testimony. The Grand Chamber consequently found that the use of the video material as evidence had not undermined the fairness of the trial.

Louise Lawrence, partner at Winckworth Sherwood, said: “The Lopez case makes it clear that employers have to be careful of carrying out covert surveillance of their employers even when they suspect wrongdoing. Employers have to consider whether the covert surveillance is proportionate – weighing up the intrusion in to the employees’ private lives and business needs. The decision making should be clearly documented.”