Employees keen to get to grips with future of work 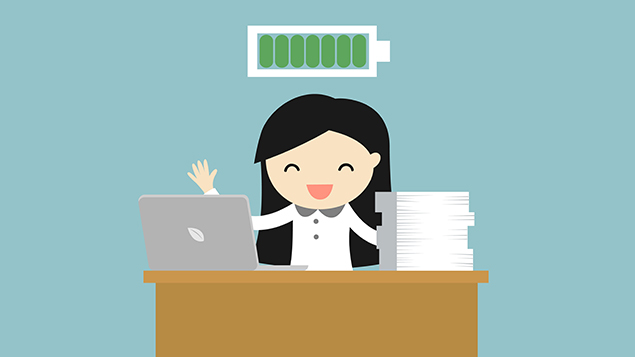 Companies need to do more to prepare employees for the future of work – but employees have a “keen sense of optimism” as to what this future might hold, according to a major survey by the Harvard Business School and Boston Consulting Group.

Researchers polled around 11,000 ‘middle-skills’ workers (non-graduates) across 11 countries, and almost half felt their prospects had improved over the last five years. More than half (52%) were happy with their current work situation, despite facing unprecedented changes brought on by new technologies and economic turbulence.

Workers in Sweden were the happiest, with 66% stating they were satisfied with their work, followed by US employees at 64%. In the UK, almost a quarter of workers felt very happy with their current situation, and 37% were happy.

Almost half (46%) of workers globally said they felt a personal responsibility towards adapting to changes in the workplace, although in France this was just 23%.

However, there was a clear disconnect between how employees feel about their future and the business leaders they work for.

When asked which forces were having the most disruptive impact on their organisation, the majority of leaders stated that all forces were either highly or somewhat significant to them, and only 12 percentage points separated the most significant one (the need to increase skills and education) from the others.

Other forces of concern for leaders were sudden shifts in customer needs, employees’ expectations of flexible work and a shortage of workers with skills for evolving jobs.

Workers, by contrast, rated a sudden shift in customers’ needs as having the most potential impact, followed by the need for more ongoing training a work. Four-fifths of workers thought digital freelancing as an additional source of income would impact their work lives in a positive way. Nearly half of workers globally (45%) believe that changes in the workplace will result in better wages.

A third of workers globally cited the inability to afford training as the biggest obstacle to improvement, yet just 19% of business leaders thought employees couldn’t afford to prepare themselves for changes to their work.

To respond to future changes to how we work, the report urged companies to form better partnerships.

“Companies will need to work closely with other companies in the same industry, business ecosystem, or region to define current and future skills, to identify development opportunities for their employees, and to create upskilling opportunities across a partner network,” it said.

“Whether in an advanced nation or in an emerging economy, business leaders have a unique opportunity to shape how humans do the work that needs to be done. In the process, they have the ability to improve productivity, help companies compete, serve customers better, and above all, provide individuals with wages and the dignity of labour.”