By Stephen Simpson on 9 May 2016 in Tribunal Watch, NHS, Disability discrimination, Absence, References 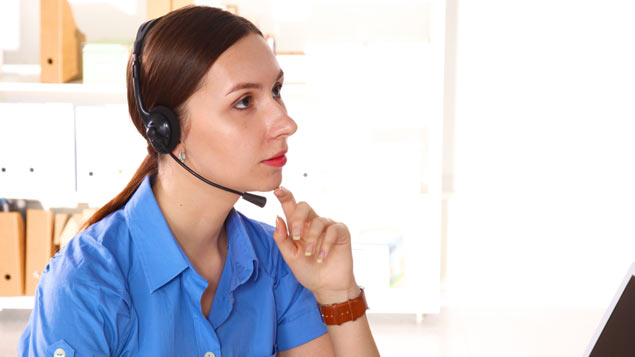 The worker has originally been offered a job as a helpline adviser. Photo posed by model.

An employment tribunal held that a nurse was the victim of discrimination arising from disability, after her prospective employer withdrew a job offer after seeing a record of previous absence.

Disability discrimination: withdrawal of job offer because of sickness absences
In West v Yorkshire Ambulance Services NHS Trust, the tribunal upheld a discrimination arising from disability claim against an employer that withdrew a job offer when it discovered the extent of the claimant’s previous long-term ill-health absences.

£30,000 for employee dismissed for disability-related absences

Mrs West, a nurse with a disability, was offered a job as an NHS helpline adviser. The offer of employment was conditional.

Her previous role in the NHS ended following an 18-month period of long-term sick leave.

The offer of employment was withdrawn after her prospective employer received her reference from her previous employer and an occupational health assessment.

Mrs West claimed in the employment tribunal that the withdrawal of the job offer constituted discrimination arising from disability under the Equality Act 2010.

The tribunal upheld the claim of discrimination arising from disability.

The employment tribunal was struck by the speed at which the decision to withdraw the job offer was taken once the employer had received the reference and occupational health report.

The tribunal concluded that the main reason for the withdrawal of the job offer was that the nurse’s previous absences had put doubt in managers’ minds as to her ability to do the job.

It is unlawful for an employer to treat an employee unfavourably because of something “arising in consequence of” his or her disability where the employer knows, or could reasonably be expected to know, that the employee has a disability.

An employer can successfully defend a claim if it can justify the unfavourable treatment on the basis that it was a proportionate means of achieving a legitimate aim.

At the time of this judgment, remedy was still to be decided.

Victory for Dudley Council tradesmen over holiday pay rights
Tradesmen working for Dudley Council have secured the right to be paid holiday at the level of pay they usually earned – not just at their contractual pay level, reports the Dudley News.