By Sue Kelly & Selena Arbe-Barnes on 23 Nov 2017 in Smoking in the workplace, Holidays and holiday pay 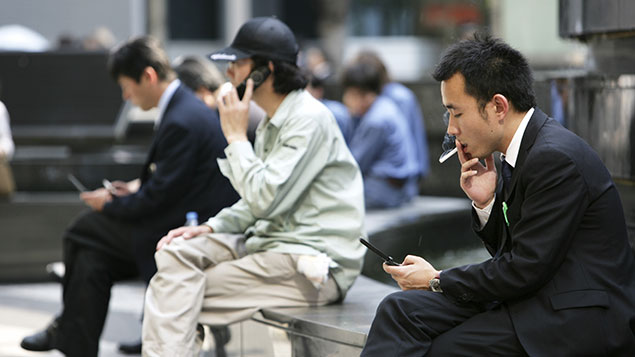 A Japanese-based firm recently granted its non-smoking employees additional holiday. Should UK employers follow suit by considering introducing such a policy? Sue Kelly and Selena Arbe-Barnes from Winckworth Sherwood consider how it might work.

Following the suggestion of an employee, a Tokyo-based firm has recently introduced a policy to reward non-smokers with six additional days of paid holiday a year.

How to comply with smoke-free legislation

The employee from the marketing firm, Piala Inc, took umbrage with the amount of time his smoking colleagues spent away from their desks on cigarette breaks and made his frustrations known to his superiors by placing a comment in the company’s suggestion box.

The firm’s offices are located on the 29th floor of a Tokyo skyscraper, which means that cigarette breaks last on average 15 minutes.

With smokers likely to take multiple breaks in the day, it was felt by a number of disgruntled, non-smoking employees that they should be given extra time off to compensate for the fact they were working for longer than their counterparts who smoke.

Japan, the so-called “smoker’s paradise”, lags behind in curbing second-hand smoke in public places. It has been slow to promote anti-smoking efforts when compared with the rest of the world and it is thought that only 10% of Tokyo’s bars and restaurants are completely smoke-free.

The introduction of the policy comes as Tokyo prepares for the 2020 Olympic Games and is making significant efforts for the Games to be held in a smoke-free environment.

Since the policy was introduced in September, there has been a reasonable take up on the scheme, with one quarter of employees having already taken additional days of holiday, while four of Piala’s 120 employees have given up smoking.

Rather than penalising employees for smoking, it is hoped by the firm’s CEO, Takao Asuka, that the policy will act as an incentive to encourage them to quit.

The Japanese are also known for their long working hours culture. Currently, overtime must be paid for hours worked above an eight-hour day/40 hour week, although this is commonly flouted with employees not clocking their extra hours.

Legislative proposals seek to remove the requirement to pay overtime to highly professional white-collar workers and to move towards compensating the quality of performance, rather than the number of hours worked.

In the context of a legislative move towards valuing quality over quantity in the highly skilled sectors, Piala’s policy could be seen as unduly rewarding those who choose not to stir from their desks all day long, by granting them more days of annual leave.

The traditional (and inflexible) lunch hour appears to be out of fashion, but if employers want to promote productivity and wellbeing among their workforce, they would perhaps be better advised to encourage all their employees to take one or two short breaks and some fresh air in the course of the day.

However, as the experience of Piala demonstrates, there is certainly value in asking staff what incentives or programmes they think would enhance their own health and wellbeing and that of their colleagues.

Piala’s experiment illustrates that being flexible and creative in devising new policies, tailored to their particular workforce and environment, means such policies are more likely to succeed and gain widespread acceptance.

Could this work in the UK?

It is not a question of whether a policy which gives non-smokers benefits that are not available to smoking employees, such as additional leave, would be directly discriminatory.

Addiction to smoking or other substances does not amount to a disability under the Equality Act 2010 and, therefore, is not a protected characteristic.

Certainly with a growing recognition of the downsides of “presenteeism” in UK workplaces, this type of policy could be viewed as being somewhat regressive and as a crack-down on daytime breaks, even with the extra holiday, rather than promoting healthy lifestyles.

There is something invidious about encouraging employees to measure their hours against those of their colleagues, but productivity may be hard to measure.

For example, does the person who chats more to his colleagues really take just as much “time off” as the smoker – or the person who spends more time on his iPhone, or daydreaming?

The justification for the different treatment of non-smokers is, of course, the public health one.

Four of Piala’s employees are said to have stopped smoking already and no doubt others may follow. In the Japanese context, one can see why the idea would take hold, but in the UK such a policy might just cause more problems than it solves.

One Response to Should employers give more holiday to non-smokers?