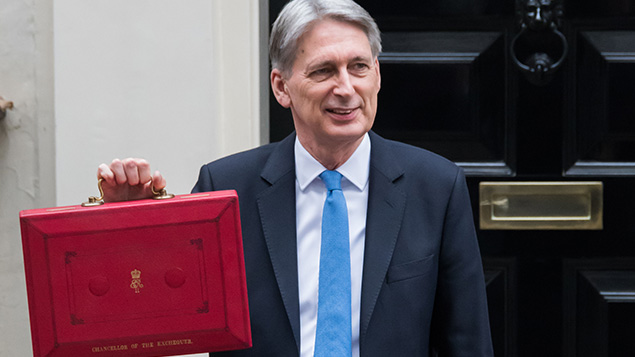 There were few surprises for employers in today’s budget, the first delivered since the snap general election in June.

Chancellor Philip Hammond repeatedly stressed how the Conservative government was “making work pay”, claiming that the UK economy was creating more jobs than ever before.

Hammond faced pressure in his budget announcement after this weekend, when he claimed in a television gaffe that there were “no unemployed people” in the UK.

There was a keen focus on equipping British workers to deal with an increasingly digital economy, with millions set aside for mathematics and computer science teaching and lifelong learning.

Hammond pledged that the Government, TUC and CBI would look into collectively setting up a national retraining scheme so individuals of any age could boost their digital skills.

“We will invest £30 million in the development of digital skills distance learning courses, so people can learn wherever they are, and whenever they want,” he said.

There were no further details on the removal of the public sector pay cap, however, despite a pledge to provide the NHS with £10bn in funding over the remainder of this parliament.

Responding to the Chancellor’s announcements, opposition leader Jeremy Corbyn claimed that wages were lower in real terms now than in 2010. “What sort of fit for the future is that?” he said, calling for the introduction of a £10 an hour “real living wage” by 2020.

He said there was “a crisis of low pay and insecure work”.

Sheila Attwood, pay and benefits editor at XpertHR, said: “The 4.4% increase in the national living wage provides a significant boost to low wages, and is considerably higher than the 2% pay rise that many employers expect to award their staff over the coming year.”

The Government also announced plans to publish a discussion paper exploring tax and employment status. It did not announce plans to reform IR35 contracts for private sector workers, as it did for public sector workers earlier this year.

Lee Hamilton, partner at Blick Rothenberg, said this would be a relief for employers. He said: “There had been some concerns that the Government would extend [IR35 reform] to the private sector… so further consultation is on the cards.”

Jon Hales, partner at law firm Womble Bond Dickinson, added that “there was little in the budget to help employers, who will see wage bills rise from next April as a result of the increase in the national living wage to £7.83 per hour.

“The national minimum wage is due to increase as well. There was a hint that the apprenticeship levy may be more flexible in future; this is being kept under review by the Government so we will have to wait and see what they propose,” he said.