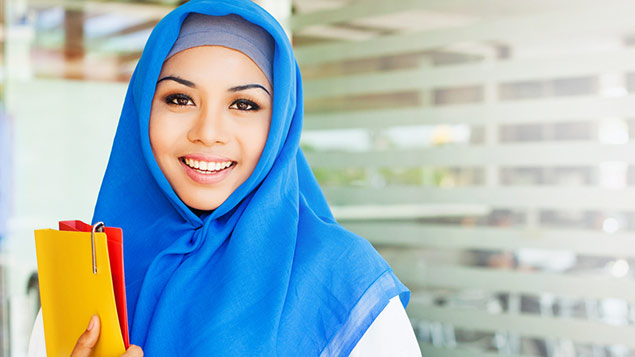 An employer can prevent a Muslim employee from wearing an Islamic headscarf if the ban is based on a general rule prohibiting political or religious symbols at work, according to a top European lawyer’s opinion.

This Belgian case, referred to the European Court of Justice (ECJ), involves a Muslim receptionist who was permanently contracted out to work for a third party.

She informed her employer that she was going to begin wearing a headscarf in the workplace.

She brought a domestic discrimination claim and Belgium’s labour appeal court referred her case to the ECJ.

The Belgian court sought guidance from the ECJ on whether or not a rule forbidding all staff from wearing any visible political or religious symbols could lead to direct discrimination against Muslims who wish to wear a headscarf at work.

Advocate general Juliane Kokott, giving her opinion in advance of the full binding ECJ decision in Achbita and another v G4S Secure Solutions NV, suggested that there is no direct religious discrimination in these circumstances.

“Unlike sex, skin colour, ethnic origin, sexual orientation, age or a person’s disability, the practice of religion is not so much an unalterable fact as an aspect of an individual’s private life, and one, moreover, over which the employees concerned can choose to exert an influence.

“While an employee cannot ‘leave’ his sex, skin colour, ethnicity, sexual orientation, age or disability ‘at the door’ upon entering his employer’s premises, he may be expected to moderate the exercise of his religion in the workplace, be this in relation to religious practices, religiously motivated behaviour or (as in the present case) his clothing.”

Advocate General Kokott did not believe that there could be “less favourable treatment” where a Muslim employee is banned from wearing an Islamic headscarf, provided that that ban is founded on a general company rule of religious and political neutrality.

She pointed out that there was no evidence that the followers of one particular religion or belief were singled out.

The Advocate General gave the examples of a confirmed atheist who expresses through dress and appearance an anti-religious stance, or an employee who wears items that display an allegiance to a political party.

According to the Advocate General, the employer would have applied its neutrality rule to those employees in the same way.

However, she went on to say that the rule could be justified to enforce an employer’s policy of religious and ideological neutrality, as long as the application of the rule is proportionate.

While stressing that it is for the domestic courts to strike a fair balance between the needs of the employer and the employee’s individual rights, Advocate General Kokott believed that the employer’s stance in this case was justified.

The Advocate General opinion in this case, which is not binding on EU member states, has been given in advance of the full ECJ decision. No date has been set for the publication of the full judgment.

The ECJ has also heard Bougnaoui and another v Micropole Univers, a French case that involved very similar circumstances.

There, a Muslim IT engineer was dismissed after refusing to remove her Muslim headscarf while visiting clients, some of whom had complained.

It is likely that the ECJ judgments in Achbita and Bougnaoui will be published at the same time.

More on the opinion in Achbita and another v G4S Secure Solutions NV, including analysis of its implications for employers, is available on XpertHR.