Number of EU migrants arriving in UK lowest since 2012 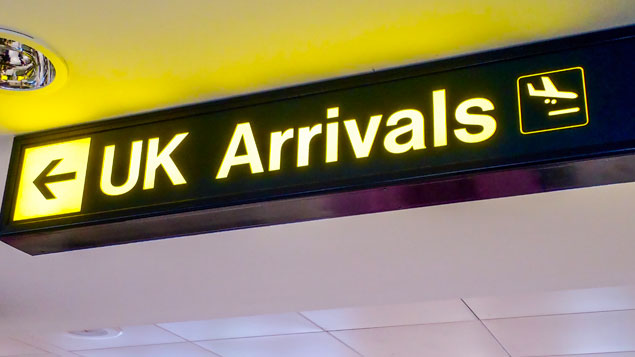 The annual number of EU citizens moving to the UK has fallen to its lowest since 2012, suggesting that the UK labour market has “lost its pulling power”.

EU net migration continued to decline in the 12 months to the end of March 2018, when only 87,000 more EU nationals settled in the UK, figures released by the Office for National Statistics showed. This is compared with 189,000 in the 12 months before the EU referendum in June 2016.

Emigration levels increased by around 20%. But EU nationals continued to add to the UK population with around 90,000 more people moving to the UK than leaving.

“The drop in the value of the pound, the strong labour market performance of some EU economies and the ongoing uncertainty over Brexit are undoubtedly key factors behind the UK’s loss of standing among EU job seekers.”

The greatest decline in numbers was seen in citizens that make up the ‘EU15’ western European countries, as well a drop in the number of Polish, Romanian and Croatian nationals seeking work.

Jonathan Beech, managing director of immigration law firm Migrate UK, commented: “After years of uncertainty, the government must give some form of guarantee that the status of EU workers in the UK is legally binding and safeguarded against any threat of change in the future, otherwise EU workers will just continue to leave.

“Its recently proposed EU Settlement Scheme granting settled status to EU citizens who have lived continuously in Britain for five years is in the right direction, [but] it’s currently still just a proposal, not a guarantee.”

Davies said immigration controls for non-EU citizens should be relaxed to “take the heat out of the tightening labour market”.

He also suggested that the shortage occupation list should be amended to include lower-skilled vacancies, such those in the social care sector.

Davies said some commentators might suggest the increase in the number of non-EU migrant workers moving to the UK over the past year was a counterweight. “However, it remains a mystery why this is not reflected in the number of work-related visas that have been given to non-EU citizens during the same period, which has only seen a modest increase,” he said.

Last month Migrate UK revealed that six in 10 organisations had offered EU workers extra incentives – including medical insurance and bonuses – in an attempt to encourage them to fill their vacancies.