Shortage of radiologists could lead service to ‘collapse’ 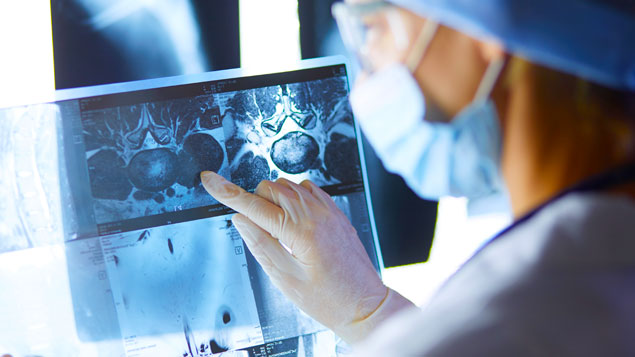 Radiology services could be on the brink of collapse if more is not done to fill vacant posts and train more consultants across the UK, a senior radiologist has warned.

A shortage of senior radiologists has resulted in staff experiencing a 30% increase in their workloads between 2012 and 2017, yet only 15% more radiologists were recruited during that time.

How employers need to embrace flexible working to retain talent

According to the Royal College of Radiologists (RCR), the vacancy rate for consultant posts has increased from 9% to more than 10% in two years. In Northern Ireland, this rate is as high as 18%.

The staff shortage has led to NHS hospitals having to outsource analysis of scans to private companies or pay for their staff to work overtime – resulting in a £116 million total annual bill.

Dr Nicola Strickland, president of the RCR, told the BBC that the situation was worrying. “I do really feel the entire service will collapse if something isn’t done about training more radiologists in the UK to fill all the vacant consultant posts, so we have to get imaging properly staffed and enough radiologists trained to make up this deficit.”

The training body said extra funding was needed to encourage more people to train as radiologists. The Scottish government has vowed to create 50 additional training places over the next five years, though the RCR in Scotland said 25 more trainees were needed per year.

In June, the RCR predicted that the NHS was also short of oncologists – doctors who treat cancer.

It said that, without investment, it will be short of 247 full-time consultants by 2022 – more than a fifth of the number required to treat the growing number of cancer patients. Seven per cent of NHS clinical oncology posts were vacant in 2017, up from 5% the year before.

A spokesperson for the Department of Health and Social Care spokesperson said the number of clinical radiologists in England had increased by 29% since 2010.

“We want to see numbers continue to rise and over the next three years we are also putting in place more training for doctors to specialise in clinical radiology,” the spokesperson told the BBC.