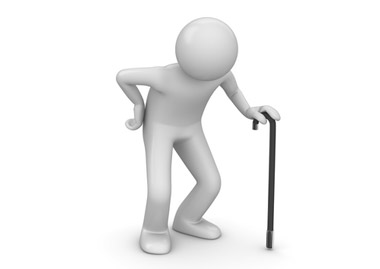 Employment law experts have condemned the Government’s handling of the abolition of the default retirement age (DRA) amid claims that the forthcoming Regulations, which become law in just six weeks, are confusing for employers and could leave them open to claims of age discrimination and unfair dismissal.

The issue lies in the transitional provisions proposed by the Government as part of the DRA’s abolition. According to experts, the way in which the transitional provisions have been drafted means that while it is still possible to force through the retirement of someone who reaches the age of 65 between 6 April and 30 September 2011, it will not be safe to retire someone who has already reached the age of 65 by 6 April.

Some employers will have already given a notice of an intended date of retirement to employees who are over the age of 65 and which takes effect after 5 April this year. As the Regulations currently stand, these retirements will therefore leave the employer exposed to claims for age discrimination and unfair dismissal.

Pseudonymous HR law blogger “Mrs Markleham” has described the Regulations as a “dog’s breakfast in the making”, and highlights two key flaws in the Regulations.

Darren Newman, employment lawyer at In Company Training, said: “This is completely unexpected and may well be an error. There may also be time for the position to be corrected. Failing that, however, it may be necessary to rethink current notices of retirement that have been issued. Bringing retirements forward to before 6 April is a potentially risky strategy and should only be done after taking full legal advice.”

Stephen Simpson, senior employment law editor for XpertHR, explained that the way in which the legislation is drafted means there will be situations where retirement notices (especially to workers already aged over 65) that have already been given – and are lawful as the law now stands – will retrospectively become unlawful on 6 April 2011.

“This wouldn’t have been quite so bad if employers had been given plenty of notice of how the transition would work. While Acas issued very specific guidance on this in mid-January, in the middle of February it quietly amended the guidance to say something different, and now we’ve been presented with a third different version in the Regulations.

“Issuing guidance early is, in principle, a very good thing for employers. But it only works if the body issuing the guidance and the body issuing the legislation are on the same page. In this case, communication between Acas and the Department for Business, Innovation and Skills seems to have broken down,” said Simpson.

Further resources are available on XpertHR, including a copy of the draft Regulations.