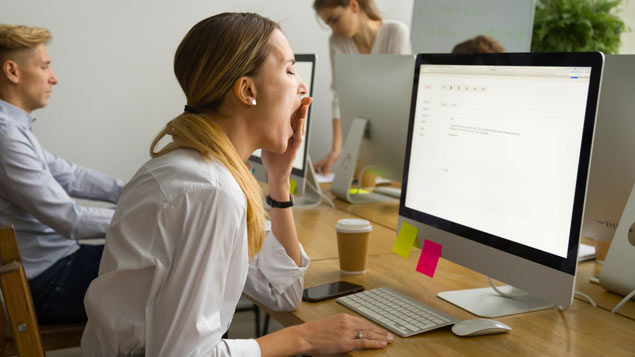 Organisations are not making full use of their employees’ skills, according to a report which claims six in 10 workers think their skills are underutilised at least half of the time.

Just 9% of 5,000 workers polled for City & Guilds’ Missing Millions report indicated that their full skillset was being used at work, while 8% felt their skills were always underutilised.

The most common reason for staff feeling underutilised was the feeling that their job did not allow them to use all of their abilities (62%), while almost a third (31%) said it was because their employers were not aware of the skills they had. A fifth (21%) felt the skills their industry required had changed over time.

The report said employers needed to improve their ability at recognising and making use of their employees’ skills. It suggested the use of  “digital credentialing”, which it said allowed firms to easily recognise the “unknown” skills of their staff and create progression pathways within organisations or across industries.

“This presents a huge opportunity for employers to fully understand the range of skills they have within their organisations and make full use of them to push up productivity whilst at the same time increasing people’s feelings of being recognised and valued.

“As the workforce profile shifts, the ability to harness loyalty of staff and thereby drive up levels of retention is far more productive than redundancy and recruitment.”

Kirstie Donnelly, interim CEO at City & Guilds Group, said: “We are already lagging behind the other G7 countries when it comes to productivity so it’s critical that we address this challenge head on if we are to retain our status as a leading global economy post Brexit. Harnessing the full potential of the people who are already in work – and are yearning to learn – would be a significant step in the right direction.”

The report’s findings suggested that employers were not doing enough to address skills gaps. Almost half (47%) of employees said they had not taken part in any workplace training in the past three years, while more than a quarter (26%) had not done so for at least a decade.

Part-time workers, those aged 55 and over and people from lower socio-economic backgrounds were disproportionately affected by employers’ lack of investment in skills development.

Only 61% of part-time workers had received training in the past five years, compared with 72% of those who worked full time.

“Over the past decade, we have witnessed continued cuts to adult education funding, which has meant that certain groups of people have effectively been ‘left behind’,” said Donnelly.

“As the impact of artificial intelligence and the fourth industrial revolution continues to totally reshape the labour market, we need to see urgent action from the government to reverse the decline of the lifelong learning sector – ensuring people in all areas have access to critical skills development and employers have access to the talent they so desperately need.”

The report recommended that employers, educators and the government develop programmes that meet the needs of today’s learners by making use of digital devices across all categories and blended learning opportunities.

Andy Durman, managing director at local labour market analyst Emsi UK, said: “We need to see education providers, economic developers and employers all coming together to promote the concept of lifelong learning, where people can add to their core skills throughout their working lives.”

The report also finds a strong correlation between training received and staff satisfaction, loyalty and confidence, and suggests that investment in L&D would help drive up retention and reduce the need for recruitment.