Employers should tackle football banter in the workplace 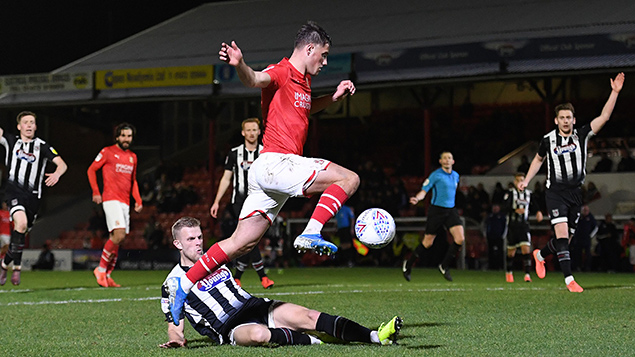 Football banter in the workplace should be moderated as it can encourage “laddish behaviour” and exclude women.

That’s according to Ann Francke, chief executive of the Chartered Management Institute, who told the BBC’s Today programme: “A lot of women, in particular, feel left out. They don’t follow those sports and they don’t like either being forced to talk about them or not being included.”

She added: “I have nothing against sports enthusiasts or cricket fans. But the issue is many people aren’t cricket fans.”

Francke said that discussions about video assistant referees (VARs) in particular could lead to splits in the office. She said: “It’s a gateway to more laddish behaviour and, if it goes unchecked, it’s a signal of a more laddish culture.

“It’s very easy for it to escalate from VAR talk and chat to slapping each other on the back and talking about their conquests at the weekend.”

It’s a gateway to more laddish behaviour and, if it goes unchecked, it’s a signal of a more laddish culture” – Ann Francke, CMI

But football broadcaster Jacqui Oatley described the idea as “terrible”.

“If you ban football chat and banter of any description, then all you’re going to do is alienate the people who actually want to communicate with each other before going into these big meetings and all they’re going to do is talk about your ridiculous ban and turning something positive and light-hearted into something completely and utterly negative,” she said.

Francke responded: “My point is that this shouldn’t be banned, that’s not what I am saying. I’m saying if you’re a leader of an organisation or of a team, part of your job as a good leader is to be inclusive and make sure everyone feels comfortable.

“And I bet if you go around and ask the people who are subjected to this a lot about whether or not they feel comfortable and included they’re going to tell you, no they do not.

Oatley, the first female commentator on the BBC’s Match of the Day, added that it was just human courtesy to adapt conversation to include everyone.

Francke argued that good leaders notice if people are feeling excluded and uncomfortable but that CMI research suggested that four out five women and men notice these kind of behaviours that hold women back at work. “And most, many organisations and many teams and men do not react as Jacqui’s suggesting by being a good human.”

Ian Tranter, employment law partner at JMW Solicitors, said: “Harassment in the workplace is a serious issue and justifies being given due priority. However, when considering how harassment more commonly manifests itself in the workplace, banning football or sports chat is perhaps not only a diversion from the more egregious examples, but itself appears to be based on sexual stereotyping – women’s football is one of the fastest growing sports in the UK!

“Furthermore, from a simple health and wellbeing perspective, shouldn’t employers be encouraging participation in sport and exercise? It seems 1 April has come early this year.”

One Response to Employers should tackle football banter in the workplace