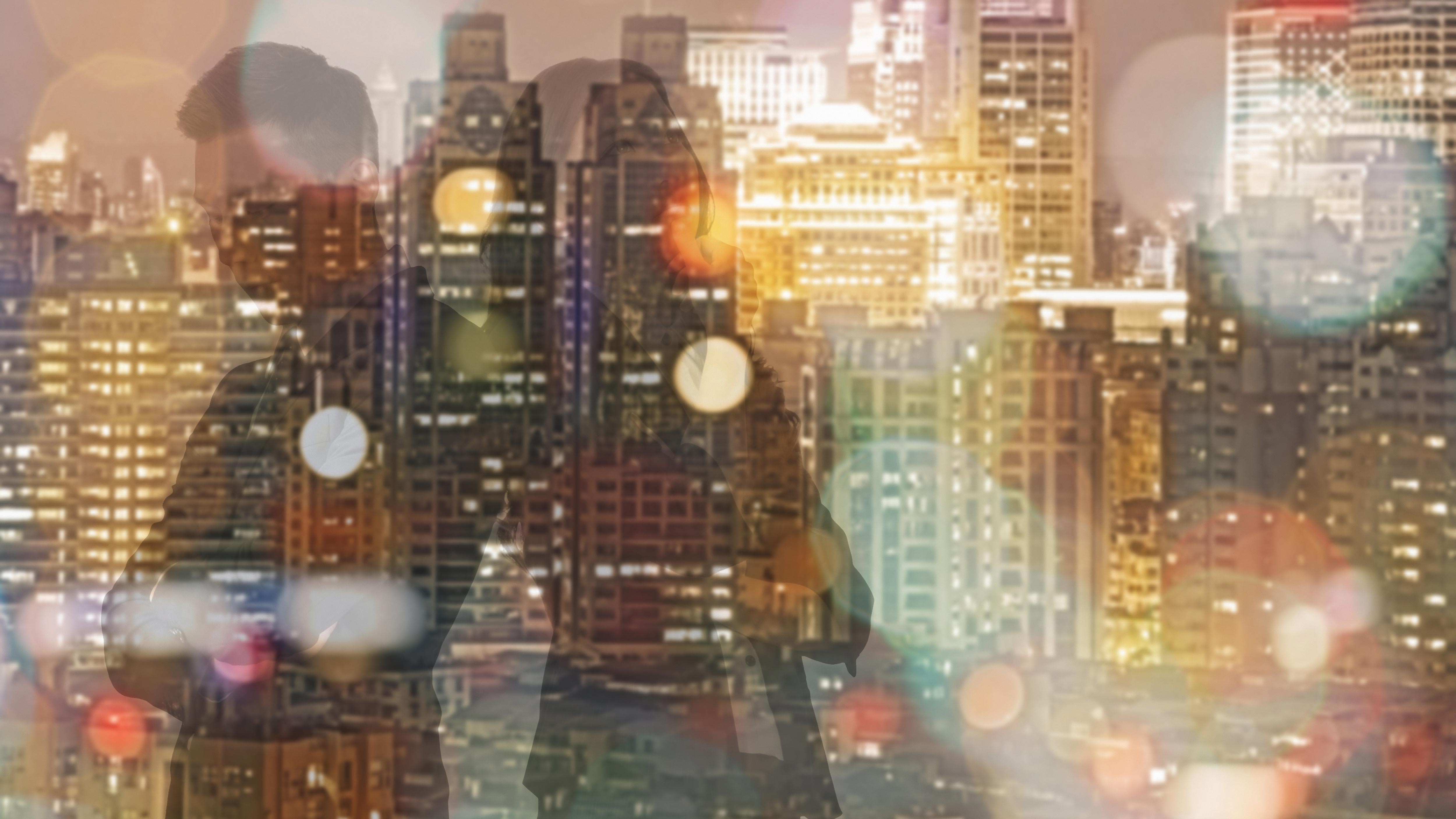 Occupational health adviser Anne Newham describes the experience of supporting an employee going through the process of gender reassignment surgery. She intends to use the experience as an example of reflective practice for her Nursing and Midwifery Council (NMC) revalidation, including examining the impact of the reassignment process on the workplace.

As an enrolled nurse on a conversion course in 1992, the topic of sexuality came up in relation to a patient in our care. The patient was undergoing gender reassignment and it was a subject that was not openly discussed at that time. I realised how challenging it was to care for a patient whose condition was not socially accepted. With his permission, I worked closely with him to help him during his hospital stay and became his advocate. I wrote a case study article based on the experience published in the Nursing Times (Eastwood, 1992).

In March 2015, after attending the lecture “Gender reassignment: avoiding workplace discrimination” at the Health & Wellbeing at Work conference, and, in the light of the recent implementation of the revised Nursing and Midwifery Council (NMC) Code of Professional Standards of Practice and Behaviour for Nurses and Midwives, it seemed appropriate to update my knowledge and to reflect on my earlier experience.

This article is an opportunity to help OH professionals who may come across gender reassignment cases in the workplace. It looks at how they can offer help and support not only to the employee but also to the workforce around them. Given that all nurses are now going through the process of updating their continuing professional development portfolios in order to meet the new NMC revalidation requirements that come into place in April 2016, this topic shows how one can reflect on previous practice and it offers an example of how to take into consideration the new revised code of conduct.

Recently, I worked in a factory where I spent a day undertaking health surveillance screening. As this was a new contract, I was not aware that there was a male employee who had almost completed male-to-female gender reassignment. Trudy (for the purposes of this case study) attended her audiometry appointment with confidence, but was obviously concerned about my potential reaction when she realised that I was not the usual OH nurse.

In response to the employee’s appearance (dressed as a female) and a female name, I realised that Trudy had to be treated with the utmost respect, recognising diversity and individual choice. I needed to ensure that I did not make any assumptions, eg that this employee was a male who wanted to wear female clothes but still be referred to as male; or, as with my previous experience, that this was this an employee who had changed his name by deed poll and had had gender reassignment surgery; or perhaps this was someone who had just started the journey.

She explained that her colleagues had been very supportive, from the shopfloor up to management, and that HR had an equality policy in place. When we came to perform the audiometry test, I had to record the employee’s name, age and gender. After careful consideration, and for the purposes of this test, it would need to be the employee’s gender at birth that was recorded. Trudy said she really valued being asked about her gender reassignment and having someone with whom she could discuss issues of sexuality, rather than having to avoid the topic.

Trudy felt that there was more a “fear of the unknown” in the workplace rather than any immediate threat, with employees sometimes unsure how to respond to the situation. She felt that overall, however, there had been a marked improvement in attitudes over the years.

Discrimination usually arises from lack of awareness and experience rather than deliberate intent. Each industry needs a policy that will reflect its own ways of working, its community, activities and size. By examining in detail how you operate, you will learn to recognise how and where discrimination is manifesting itself and be able to deal with each instance.

Guidance is available from the Gender Identity Research and Education Society (GIRES) on how to support those identifying as transgender in a series of handbooks for employers, employees and healthcare professionals. They give pointers to businesses on how they can develop work policies to prevent discrimination. The handbooks suggest that businesses should create a strong lesbian, gay, bisexual and transgender support group and that managers keep the workplace up to date with discrimination law and good practice. GIRES encourages employers to have an open environment and be proactive, for example they could review sickness absence policies to help those making a transition take appropriate time off for reassignment surgery

Bernard Reed, co-founder of GIRES, states that one in 100 people experience gender variance. The numbers who are willing to reveal this is growing at the rate of 20% a year. Among those under the age of 19, the number is growing at 50% per annum. This suggests a need for more awareness, information and understanding of gender reassignment in the workplace. Anecdotal evidence shows that younger employees feel more able to come forward and, as time goes on, there will be more cases. In the UK, we spend more than 10 years of our lives at work, on average, and that is a long time to suffer discrimination.

The UK Gender Recognition Act 2004 and the Equality Act 2010 protect individuals from discrimination on the basis of gender identity. Companies are encouraged to develop a “zero tolerance” approach to all types of discrimination. Nevertheless, discrimination against transgender people at work still occurs. This context meant I must put Trudy at ease and respect her human rights, treating her with kindness, understanding and compassion. From a professional nurse’s point of view, this is also required in part 1 of the NMC revised code: “Prioritise people: treat people as individual and uphold their dignity.” The code highlights these requirements in the last section under the heading “Promote professionalism and trust”:

OH advisers should take time to offer guidance to team leaders, managers and HR to ensure that anyone whose sexuality diverges from what society deems “normal” is treated fairly and appropriately within the workplace.

How to provide support to transgender employees

Provide equality training, policies and procedures
Developing an inclusive equality policy is one of the key factors in creating a sustainable organisation that reflects the rich diversity of society and ensures the equality of opportunity for everyone involved. The policy should state that the employer actively opposes discrimination and should demonstrate that the organisation welcomes and respects diversity and is committed to being fully accessible and inclusive. Policies should meet the requirement of the Gender Recognition Act 2004 and the Equality Act 2010. It is good practice to develop a policy that explicitly includes all types of unfair discrimination and takes a radical approach to challenging prejudice, harassment and discrimination across every aspect of the organisation.

Use correct names and preferred pronouns
When the employee is ready, they should be referred to at all times in terms of their new sexual orientation and the appropriate pronouns should be used. The employee will need to provide his or her bank and national insurance documentation for the employer’s records.

Respect privacy
Employees should be aware that they should not ask inappropriate and personal questions in relation to the topic of colleagues’ sexuality, or ask for details about any procedures related to their gender reassignment.

Allow access to single-sex areas in accordance with affirmed gender
This will respect the employee’s right to privacy and dignity. Equality training and policies can ease the transition for the rest of the workforce, but the managers should also be aware of inappropriate reactions of members of the workforce or approaches to the individual concerned. The employer should also ensure that employees with any objections to the equality policy are given the opportunity to discuss their concerns in an appropriate, private place.

Respect confidentiality at all times
OH, managers and team leaders must be professional at all times and refrain from having formal or informal public conversations about the individual concerned. Documentation must comply with the requirements of the Data Protection Act 1998.

P was employed as a general manager of an educational establishment operated by Cornwall County Council and was originally recruited as a man. When P informed her employer that she intended to undergo gender reassignment surgery, she was dismissed. She brought a sex discrimination complaint. When P’s case returned to the tribunal, her discrimination complaint was upheld. The parties agreed compensation of an unstated sum before the hearing on compensation was concluded.

Reed was subjected to a prolonged campaign of abuse and harassment from her colleagues at work when she announced her change of gender identity from male to female. The Employment Appeal Tribunal held that discrimination arising from a declared intention to undergo gender reassignment was
unlawful under the Sex Discrimination Act.

This employment tribunal case decision from 2006/07 was about discrimination and victimisation of a transgender ex-employee. The council was ordered to pay £34,765 for twice victimising and discriminating against a transgender person.

I realised in the 1990s that I lacked the knowledge and an open attitude towards sexuality, but I feel overall that things have improved in the world and, in particular, the nursing and medical profession. Sadly, things are not always so positive in the workplace and for this to change we, as OH professionals, need to learn more about sexual development, behaviour and dysfunction in order to help the individuals undergoing transgender transitions, employers and the workforce as a whole to understand gender issues. This, in turn, would improve the quality of the OH nursing care we can give to employees, while supporting the company and the workforce at the same time.

NMC (2015). “The Code – Professional standards of practice and behaviour for nurses and midwives”. Revised 1 April 2015.

Anne Newham is an occupational health adviser at Caritas and events director for the Association of Occupational Health Nurse Practitioners (UK).
View all posts by Anne Newham →
Previous Article
Next Article 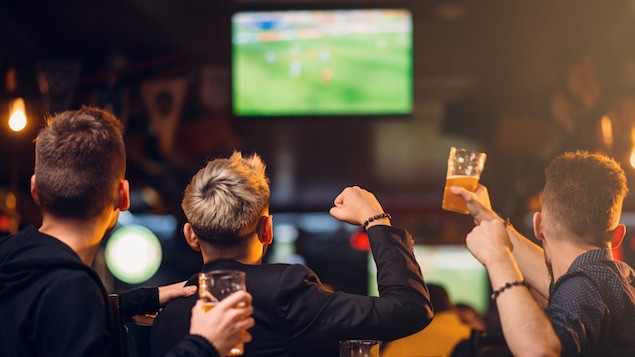 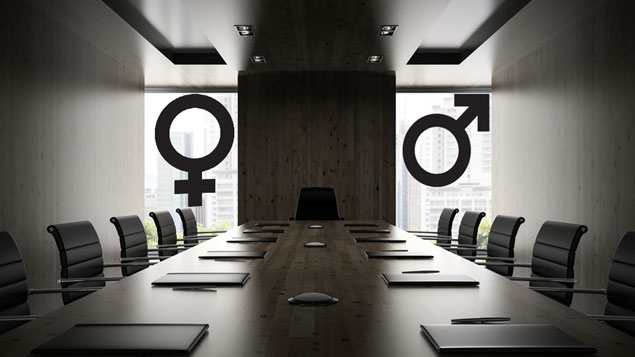 FTSE 350 companies are missing out on sizeable profits through a failure to appoint more women to key executive roles. 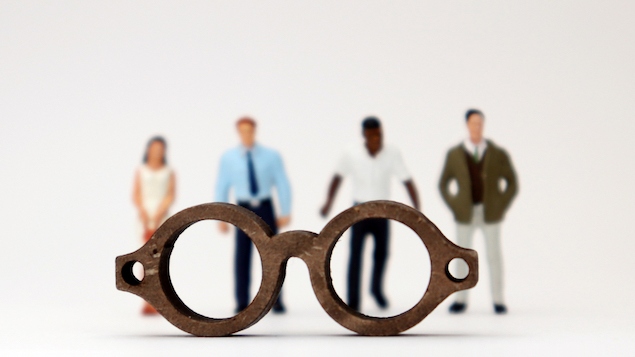 Leaders might feel as though they’re making progress on gender equality. But there are still innate biases and social dynamics...