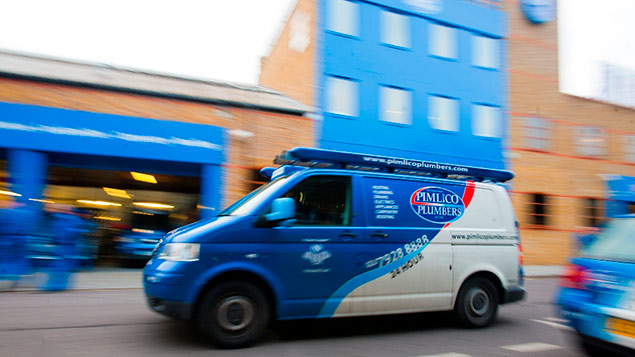 Employers are just starting to get to grips with the recent European Court of Justice (ECJ) ruling that travel to and from first and last appointments should be counted as working time, but it is clear that some sectors will suffer more than others. Virginia Matthews reports.

Employers in social care and sales – where many staff are on the road for long periods – are just starting to get their heads around the recent ECJ ruling that travelling to and from first and last appointments off-site should be treated as working time.

Case report: Travelling time for workers with no usual place of work counts as working time

Yet, while many firms with a mobile or peripatetic workforce are still tight-lipped over the likely ramifications – initially to working hours and breaks but ultimately to overall wages – one is prepared to nail his colours to the mast.

“This is unworkable, illogical and clearly open to abuse and, if enforced, will mean that many, many businesses go under,” says Charlie Mullins, multi-millionaire founder of Pimlico Plumbers, whose workforce of around 300 staff includes 220 mobile heating engineers, electricians and roofers as well as plumbers.

“Somebody will inevitably have to pick up the cost for these extra hours and long experience of this industry tells me it’ll be employers, not customers, who will be forced to put their hands in their pockets,” Mullins said.

His argument is that, in order to maintain his firm’s reputation, he employs the best plumbers and heating engineers available to him, regardless of whether they are based locally or from as far afield as Birmingham or – in some cases – Cornwall.

“I have more applications than I can handle from tradespeople up and down the country, and the ones I take on are happy to travel several hours each day to get to appointments simply because of the strength of my brand.

“But I will not, on principle, pay for my people to travel from home to an 8am appointment nor to go home after finishing their last call at 6pm; firstly because they are already well-remunerated and secondly, because they have never asked for it,” he said.

I fear that the combined impact of the travel time ruling, the increase in the minimum wage to £9 by 2020 and pension reform will mean that it is simply no longer affordable to employ a reasonable number of care workers” – Nadra Ahmed, NCA chair

He adds: “Nowadays I pay my staff purely for their productive time – when they are actually working – rather than when they are sitting in traffic, or perhaps dawdling between jobs, and I will find a way not to comply with this ECJ ruling even if we are instructed to.”

What could hit employers even harder, however, is the introduction of the compulsory national living wage next April. Many employers in lower-paid sectors such as retail, hospitality and care will face the double hit of increasing their minimum pay rate to the statutory £7.20 an hour for over-25s, and ensuring that rate covers travelling time as well.

Nadra Ahmed, chair of the National Care Association (NCA), which represents local authority and private-care providers, is concerned about how time and pay regulations will affect the care industry.

She says she has “profound misgivings” about a number of new employment measures – including the new living wage and the latest working time ruling – on what she stresses is already a “chronically under-funded sector”.

“I’m very worried that the shakedown from the travel time judgment will mean that providers will either stop employing care workers who live too far away from their ‘patch’ or may be forced to withdraw comprehensive in-home support from certain areas altogether,” she says.

“More than 1.3 million people are currently employed in the social care sector and it’s become the norm that many of them travel long distances in their own cars to get to their appointments, even though some of them receive neither travel time nor petrol money. This ruling puts an already-shaky industry in doubt.”

Ahmed believes that, while some private clients will be prepared to pay more for care at home, those who receive support via local authority funding may find services – along with jobs – withdrawn.

She also says it is possible that fewer staff will be expected to take up the slack, and fears that the requirement to work longer hours could potentially lead to court action under the Working Time Directive, which stipulates that employees should not work more than 48 hours per week, unless they have signed an opt-out.

“At a time when the social care industry needs perhaps one million more staff to cope with changing demographics, the last thing we want to see is fewer staff and services or individual workers put under yet more pressure, but I fear that the combined impact of the travel time ruling, the increase in the minimum wage to £9 by 2020 and pension reform will mean that it is simply no longer affordable to employ a reasonable number of care workers in all areas of the country,” Ahmed says.

While the earnings of top-flight salespeople are far in excess of the average £8 to £10 per hour rate offered to those in social care, the Institute for Sales and Marketing Management agrees with Ahmed that jobs may be in jeopardy.

“Sales professionals have a reputation for always being on the road, working long hours, meeting clients and offering the best possible service they can,” says ISMM spokesperson James Driver.

“It is in business owners’ own interests to manage their staff fairly and offer the best working conditions possible both under the law and within the business’s own financial constraints. This Luxembourg ruling endangers small businesses and – in turn – the jobs it has set out to protect.”

However, in the view of Andrew Hough, chief operating officer at the Association of Professional Sales, it will have very little impact for firms, particularly those in business-to-business (B2B) sales.

“For B2B teams, the key measurement is progression towards or achievement of targets or goals and what you might call hitting your numbers,” he says.

“Many organisations and nearly all sales people expect to put in as many hours as required to be successful, and their contracts reflect this.

“They are expected to meet customers, to be self-motivated, self-reliant, self-managing and to manage their schedules accordingly and if that means going home at 3pm because you travelled two hours that morning to a 9am appointment, that’s no problem.”

However, there remain many question marks over the implications of the ruling at this stage, not least of which is how peripatetic working should be defined and whether or not the wording around working time and overtime in existing staff contracts needs to be re-written.

A spokesperson for NHS Employers notes that the ruling “only relates to staff who don’t have a fixed or habitual workplace”, which could mean that the many NHS staff who have a regular office, but are mobile much of the week, could be excluded.

“Circumstances and practice may vary from one NHS employer to another so we can’t say what adjustments they may or may not need to make locally,” she says, noting that “it says nothing about remuneration, which is a separate issue”.

While the TUC’s own number-crunching suggests that up to 975,000 mobile workers could be affected by the judgment, its impact may spread far wider.

To the National Union of Teachers, the issue of supply teacher travel time is one that few in education have so far got to grips with.

A union spokesperson said: “There will undoubtedly be implications for the part-time teachers employed by all local authorities to provide home schooling or additional support to pupils who have either been excluded or who have specific educational needs.”

“We’re looking very carefully at who is affected by the ruling and assessing whether contracts will need to change in terms of hours, conditions and breaks and believe that this could ultimately affect wages too.”

Nowadays I pay my staff purely for their productive time – when they are actually working – rather than when they are sitting in traffic, or perhaps dawdling between jobs.” – Charlie Mullins, Pimlico Plumbers

She adds: “We see this as being about employer responsibility and if it is the case that travel to and from appointments constitutes work, then it is the responsibility of employers to ensure that the hours aren’t too long, the breaks are satisfactory and the overall pay is fair.”

The latest Government School Workforce Survey, published in late 2014, shows that on any single day there are at least 14,000 “occasional teachers” who could, says the NUT, be affected by the Luxembourg judgment.

When the ECJ announced its decision on the Tyco case, which sets the new legislation in stone, it said that not taking journeys into account would mean that workers for the security installation company would only technically be “working” when actively installing and maintaining systems. Doing so, it said, would jeopardise the health and safety of workers in the time in-between.

Yet these good intentions may be lost as employers struggle to get to grips with new rotas, pay rates and opt-out clauses over the coming months and years, and jobs end up on the line.