General election 2017: five things to know about politics in the workplace 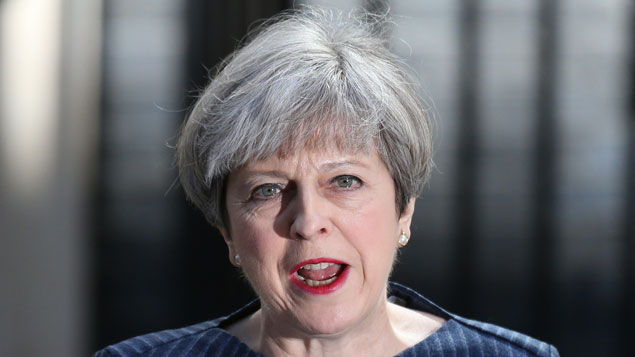 Can employers prevent staff from political campaigning at work? Should employees be banned from displaying their political allegiance, for example by wearing a campaign badge? What if colleagues fall out over opposing political views? With the Conservative Government announcing a snap election for 8 June, we look at five potential problems when politics mix with the workplace.

1. Employers can stop political campaigning in the workplace

Employers are quite entitled to prevent staff from political campaigning while at work, for fear of the disruption, or upset to colleagues or customers, this could cause.

Employers are on firm ground if they ban campaigning during working hours. They can take disciplinary action if an employee is caught undertaking non-work activities, such as political campaigning, when they should be working.

The same goes for the use of an employer’s equipment for party-political business. For example, an employer could take disciplinary action against an employee who uses a work printer to churn out hundreds of election leaflets.

An employee who is prevented from electioneering at work may argue that their human right to “freedom of expression” is being impinged. However, as long as employers strike a reasonable balance, they are unlikely to breach human rights laws.

A complete ban on mentioning politics at work is unrealistic, and a lively interest among staff of current affairs can be a positive thing. Any ban on politics at work should be applied consistently, and not limited to particular parties.

2. Outside work, employees should generally be free to express political views

Employees do not need the normal minimum two-year qualifying service to be able to claim unfair dismissal where the reason for their dismissal is their political opinions or affiliation.

Outside working hours, employers are much more limited in the control that they can exert over an employee’s political activities.

The Human Rights Act becomes relevant if an employer is seeking to control what employees are doing outside work.

When it comes to politics, the rights to freedom of assembly and association, freedom of expression and freedom of thought, conscience and religion could all come into play.

3. Employers can prevent political symbols being displayed at work

Generally, employers can enforce appropriate standards of dress in the workplace, including prohibiting items displaying support for a political party.

Guidelines on this could be set out in a dress code policy, or a policy on political activities in the workplace.

This is particularly important for staff in public-facing roles: organisations will want to avoid creating an impression that they endorse a particular party or political view.

Employees who are prevented from displaying a political symbol (for example, on a T-shirt, poster or badge) might argue that they are being discriminated against because of their “philosophical beliefs”.

However, it is reassuring for employers that discrimination claims under the Equality Act based on “philosophical beliefs” are notoriously difficult to win.

One of the main reasons for this difficulty is that there is a stringent five-stage test (as set out in Grainger plc v Nicholson) before a belief, including political opinion, is considered to be a “philosophical belief” under the Equality Act.

As with a ban on staff campaigning at work, a consistent approach applied to all staff will also help in the event of a tribunal claim.

4. Beware of the risk of politically motivated harassment

Now more than ever, employers need to be alert to members of staff harassing colleagues via political beliefs.

Brexit has led to the increased risk of harassment against some nationalities, particularly Eastern European workers.

Comments to foreign workers about Brexit can have a political edge, and can lead to complaints of racial harassment.

The politics of harassment

Similarly, hostile comments to Scottish staff about independence for Scotland may resurface as Scottish independence will be a key topic of conversation in the run-up to the general election.

Employers should remember that UK case law perceives the Scots and English as separate racial groups under equality legislation.

For example, this means that an English person who makes an offensive comment about a Scottish person (or indeed vice versa) during an argument about independence for Scotland could face a complaint of discrimination.

If an employer receives such a complaint in the run-up to the election, it should follow its grievance procedure and take disciplinary action against the offender.

5. Employers can have rules on political activities in the workplace

Employers that are concerned about these issues in the run-up to 8 June can have in place a policy on political activity in the workplace.

What are the benefits for employers of having a policy on political activities in the workplace?

The policy should also deal with political activities outside work.