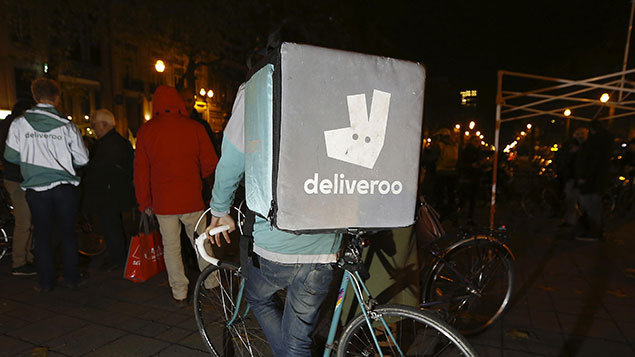 2017 was a landmark year for legal developments in the gig economy. As we await the Government’s full response to the Taylor review, Katherine Newman flags up the areas employers should keep an eye on this year.

There has been a marked increase in short-term contracts and freelance work in the UK’s labour market in recent years.

An estimated 1.3 million people in the UK now work in the gig economy, which relies on individuals to sign up for work on a flexible basis, often enjoying the freedom to accept or reject a job as they see fit.

This shift towards flexibility has helped reduce the level of unemployment overall. However, the Government is under pressure to reform employment law to protect individuals and prevent companies from classifying workers as “self-employed”, enabling them to avoid rights such as the minimum wage, sick pay and holiday pay.

As a result of this changing landscape and the inadequacy of the statutory definitions, there has been a recent influx of cases concerning worker status.

Most have found in favour of the individual, with companies such as Addison Lee and Pimlico Plumbers facing rulings that those working for them do have worker status and a consequent parcel of rights (although Pimlico Plumbers has been given permission to appeal to the Supreme Court).

Most recently, the Employment Appeal Tribunal (EAT) held that Uber’s drivers are not self-employed.

This decision turned on the obligation of the drivers to be able and willing to accept at least 80% of assignments when their app was switched on and being subject to penalties for cancellations.

The EAT looked beyond the wording of the contract to the facts of the relationship, with a particular focus on the control held by Uber over its drivers.

Although most of these cases have found in favour of the claimants (that they are workers as opposed to being self-employed), each case will turn on its facts: for example, Deliveroo was successful in its claim that its riders were self-employed, helped by the flexibility of the work itself and the use of technology to enable route swapping.

As a result of this uncertainty, the Government in 2016 commissioned an independent review of modern working practices.

The resulting report, led by Matthew Taylor, considered the impact on workers of these new ways of working and the rights and responsibilities of individuals and employers.

In November 2017, draft legislation by a cross-party group of MPs was published in response to the report’s recommendations.

What does this mean for employers?

Should the Government implement the draft legislation, employers will find themselves under an increased burden in relation to the status and consequent rights and remuneration of those who work for them.

Fundamentally, the draft legislation advocates a clearer statutory definition of worker status, which would be helpful for employers and employees.

It is recommended that the law moves away from its current focus on substitution and instead emphasises the importance of control and supervision in determining employment status.

The question of substitution is a staple of UK law on employment status and has long been a key determining factor of whether an individual is an employee (with an obligation to provide services personally) or acting on a self-employed or independent contractor basis (with the unfettered right to appoint a substitute).

Alongside this, the draft legislation puts forward a new “worker by default” status. This would mean that, if there were a complaint to an employment tribunal, an individual should be presumed to be a worker unless evidence of self-employed status is shown by the employer.

This effectively shifts the burden onto the employer as the one who must demonstrate the status of the individual.

It has also been recommended that employment tribunals be placed under an obligation to consider higher and more punitive fines and costs orders for employers who are repeat offenders, with the government enabling class actions to support individuals bringing claims together.

A further burden on employers is recommended in the suggested entitlement of workers to a written statement of their employment particulars within seven days of starting employment.

This widens a right that is currently only mandatory for employees.

The draft legislation also recommends that the break in service that interrupts the accrual of rights is lengthened to one month to ensure that rights are guaranteed for flexible work, and that the so-called “Swedish derogation” (a loophole which allows derogation from equal pay for temporary agency workers who are paid between assignments) be abolished.

Finally, and more broadly, a pilot programme is recommended that would compensate those who work non-guaranteed hours through a pay premium.

Whatever the outcome of the draft legislation, this is certainly an area of great change.