Nationwide Building Society: Why we decided staff could work from home 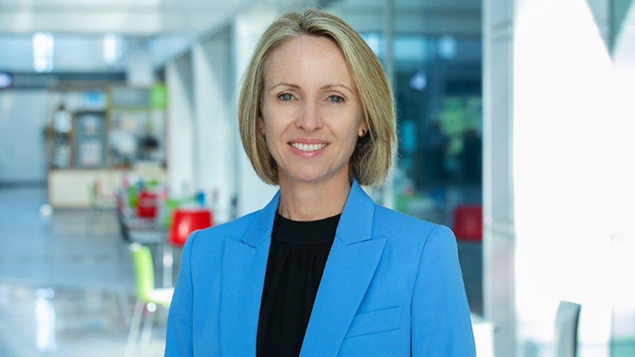 We now see almost daily announcements from companies allowing staff to work from home. But when an 180-year-old building society joined the ranks of Google and Facebook with its own homeworking plans, it caused some surprise. Peter Crush talked to Nationwide’s chief people officer Jane Hanson about the role employees played in this decision.

It shouldn’t have been such a shock. Working from home has become normal for a huge chunk of employees over the last twelve months. Facebook, Twitter and Google are all on record as saying they’ll now offer it to staff who want it permanently.

Yet when Nationwide Building Society announced it was going to do the same a few weeks ago, this was different. This was a company whose roots hark back to the cooperative movement of the 1840s; a company with 130,000 staff; most of whom have never worked remotely at all. And yet for this organisation, the future of work is now very much the present.

Commentators may well have been taken aback, but this was a decision half a year in the making – and one that was entirely employee-led.

“This time last year, everyone thought lockdown would be weeks, or maybe a couple of months at most,” says Jane Hanson, its chief people officer, speaking in her first major interview since the news broke.

“By the back end of summer, it became evident this wasn’t going to be ending any time soon, and at the same time, we were seeing fantastic new remote working behaviours.

“We could speak to more than 1,000 leaders at once, there were more check-ins with staff, better creativity, regular feedback, more accountability and freedom, and a sense that we could still all be a ‘community’.”

What started as an inkling that this new way of working needed understanding quickly turned into an exercise in employee involvement [13,000 were specifically polled by Ipsos] – and it led to some startling results.

More than half (57%) of staff polled revealed they wanted to continue working from home after restrictions were relaxed, a third (36%) wanted a more blended work experience, and (the real kicker), just 6% wanted to work in an office permanently.

“It was pretty obvious, pretty quickly, that while all the other HRDs I was meeting were all asking ‘when do we go back? [to the office], we felt the clear opportunity was more ‘how not to go back’,” she says matter-of-factly.

“Was it brave for us to take this decision?’ she asks back rhetorically. “My response would be that it certainly wasn’t brave opening a dialogue.”

It should perhaps be no surprise that the world’s largest building society – one which was instrumental in building Letchworth, the first of Britain’s Garden Cities, decided to take this particular path.

And even though Hanson acknowledges fears that some people had about how this would impact informal learning (especially for new joiners), and visibility for promotion, she says it was more important to put a marker in the sand for what sort of business it wanted to become.

“Sure, we wondered whether by asking the question, we’d tie ourselves into a commitment we couldn’t get out of,” she explains. “But in discussions with my HR colleagues and the board, we also agreed that we needed to be prepared to work differently in the future – to give people the choice about where and when they work best.

“To be honest, we were already thinking about how we could better connect with staff more consciously, and remote working, ironically, is actually a very good way of making sure we do this.”

It was pretty obvious that while all the other HRDs I was meeting were all asking ‘when do we go back, we felt the clear opportunity was more ‘how not to go back’.”

With background in exclusively in banks/building societies (initially at Alliance & Leicester, before First Direct, where she was head of HR, and latterly HSBC and Yorkshire Building Society), Hanson is extremely observant when it comes understanding what staff in this type of organisation need. But being a mutual – she concedes – adds its own distinctive lens on things.

“Pre-Covid our espoused people culture was already very strongly about our positive mentality to our people and community, and really, what we’re doing now is continuing to listen,” she says.

“We’d already introduced more ‘employee voice’ initiatives anyway – including having a colleague sentiment tracker that asks two simple questions – how are you, and how well do you feel supported? – and this is now reported on to the board fortnightly.

“We’ve also introduced monthly pulse checks, and have also increased the frequency of our annual engagement survey to being twice-yearly. Covid added additional impetus to our already well-established wellbeing programmes – where we introduced lunch kitties, gave everyone more time off, and introduced mindfulness training and pledges to refrain from Zoom meetings.”

“What I’m trying to say,” she adds, “is that we were already on this pathway to a changing manner of working. It was my own reflection that the employee polling data we had – of a strong desire to stay remote – simply couldn’t be ignored.”

If this is Hanson’s ‘big call’, rubber-stamped by the board, it’s the not the only one the business has been famous for, and which has caused some HR deliberation.

In 2019, at a time when high streets were losing an average of 55 branches a month, CEO Joe Garner bravely announced his own alternative approach, ‘Our Branch Promise’.

It was a pledge not leave any town or city in which it was currently based without a branch for at least two years. It promised that towns or cities with a branch on 18th March would still have a branch until at least 31st May 2021.

And while other financial institutions have decided to continue wielding their scythes, the pledge was recently re-instated, and is in place until at least 2023.

“It comes down to our values again,” explains Hanson, who joined the business a few months after the promise was made, and amongst her first tasks was working out how this promise could be delivered operationally.

She says: “It’s our branch people who deal with our customers everyday [one of Nationwide’s key business pillars is to offer not just good customer service but ‘legendary’ service].”

“And so we also created an internal job promise too, where we promised to reskill and give people a new direction in which to shape their careers.”

Although Hanson says this pledge hasn’t worked for everyone, and some colleagues decided to leave, she says plenty of others have begun new roles, starting careers and jobs they would never have expected to be doing before.

And it’s not as if she’s not done the same herself. In the past, she has purposely taken time out to do a completely different job, taking on the head of customer experience role at HSBC for three years.

This is a mindset she urges all HR professionals to adopt. “It will always be difficult working in HR if you don’t understand the business,” she argues. “This was very much my moment to address this. I think the plan was always to move back to working in HR, but I went into the service role with a mindset of ‘who knows what might happen?’

“As it turned out, I rediscovered a passion for leading teams, and what impact you can have on a system, but whilst doing it I also learned a huge amount. I learned just how the rest of business actually perceives HR in the first place, but I also learned about the distance between coming up with ideas and talking about them, and when (or whether) this actually happens in reality.

“It was quite an eye opener. The drive I now have to listen to staff really comes from this experience. Your credibility as a leader is really enhanced, and when people see you’ve taken risks, and have humility, it only goes in your favour.”

So what does the future of work now hold in a business which has moved the future firmly to the present? There’s a pause. But asked if she feels a weight of expectation, or the stares of prying eyes, she is as diplomatic as ever.

“I actually feel excitement and optimism,” she says, and in truth, Hanson has every reason to feel each of these.

We’re equipping leaders with additional toolkits to ensure they are managing their more remote teams properly, including spotting training and promotion opportunities.”

The anticipated reality is that employees will not all batten down the hatches, nor stay wedded to their home PCs and living rooms. Staff have already expressed a desire to mix work with home and Hanson indicates around one-third of staff will still want some part of their week in the office.

“From a talent perspective, we’re equipping leaders with additional toolkits to ensure they are managing their more remote teams properly, including spotting training and promotion opportunities,” she says.

“But we also want leaders to act as role-models themselves for this new way of working. We’ll be looking very closely at how – or if – this impacts our culture, and what it means we might need to do to stay connected to each other.

“But overall it’s an exciting time. We’ll be looking to connect with colleagues far more consciously.”

There’s no doubt that competitors will be keeping a close eye how Nationwide handles this. “So far the response has been very positive,” she says. “We’ll continue to listen and adapt – it’s what we do here. But I’d be more worried if we weren’t such a listening company.” 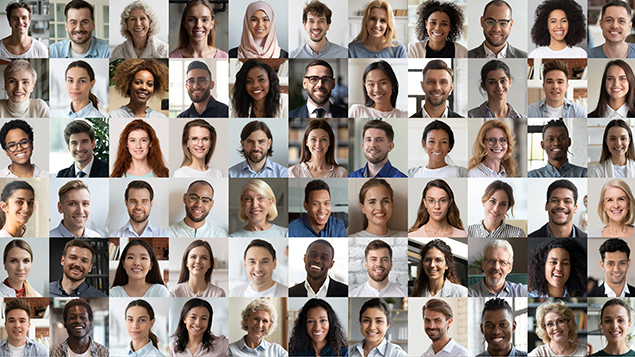 How to be a great employer in challenging times (webinar) 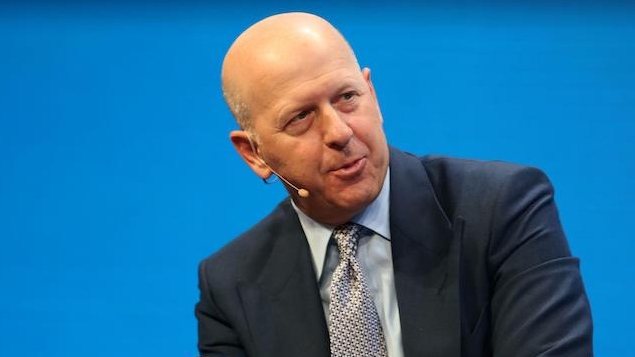 Goldman Sachs CEO pushes for return to the office

Remote working is an ‘aberration’, according to Goldman Sachs boss David Solomon, and needed correcting in order to safeguard collaboration. 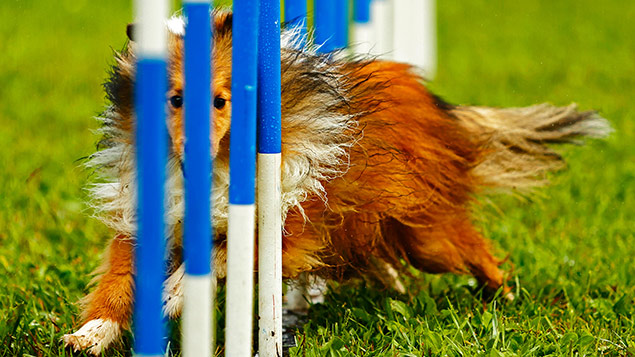 Mark Judd examines how HR teams became used to operating in a climate of continuous and unprecedented change.