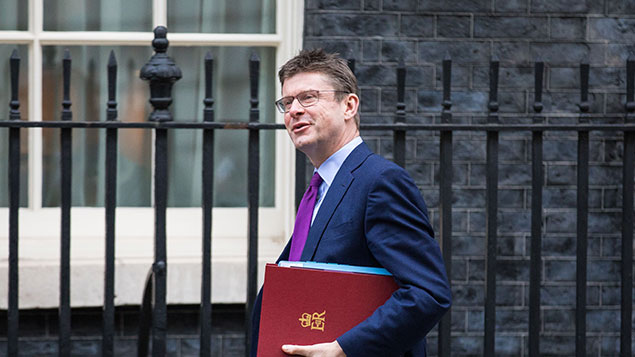 The Government has today released its flagship Industrial Strategy, aimed at boosting productivity and economic performance in the UK.

Business secretary Greg Clark called the white paper an “unashamedly ambitious vision for the future of our country”.

It confirms many of the pledges set out by chancellor Philip Hammond in last week’s budget, such as an extra £20 million pledged to further education colleges to support the teaching of the new T-levels, and a £500 million investment in artificial intelligence.

This latest, 255-paged strategy paper – developed on the back of a green paper published at the start of this year – covers five key areas it hopes will turn productivity around: ideas, people, infrastructure, business environment and places.

It includes a pledge to invest a further £725 million over the next three years in an Industrial Strategy Challenge Fund, having previously committed £1 billion to the first wave of industrial strategy projects.

Prime Minister Theresa May said the strategy would “shape a stronger and fairer economy for decades to come”.

She added: “It will help create the conditions where successful businesses can emerge and grow, and support these businesses in seizing the big opportunities of our time, such as artificial intelligence and big data, while also making sure our young people have the skills to take on the high-paid, high-skilled jobs this creates.

“As we leave the European Union and forge a new path for ourselves, we need to focus on building a better future for our country and all the people who live in it.”

Some of the key announcements and pledges that could affect employers include:

In response to the Matthew Taylor review, published earlier this year, the Government claims it is “starting a dialogue with experts… to develop a common sense of principles and measures”, focusing on worker satisfaction, pay, progression, wellbeing, employee voice, security and autonomy.

It adds that “sector deals” – a new series of partnerships aimed at supporting growth for businesses in specific areas of the economy – will provide a “further opportunity for employers to promote good work and boost productivity”.

The Government also reiterates its commitment to achieving 3 million new apprenticeship starts by 2020, despite figures released last week showing that numbers have dropped by 59% since the apprenticeship levy was introduced earlier this year.

It did confirm, however, that from April 2018, levy-paying employers in England will be able to transfer up to 10% of their funds to another employer, including within their supply chain.

Unveiling the strategy, Clark said: “The way we earn and live our lives as workers, citizens and consumers is being transformed by new technologies.

“The UK is well-placed to benefit from this new industrial revolution and we start from a position of significant strength. We have a thriving research and science base and are home to a wide range of innovative sectors, from advanced manufacturing and life sciences, to fintech and creative industries.”

Stephen Martin, director general of the Institute of Directors, added: “It is particularly welcome to see how the government has acknowledged the calls from industry to take a more broad-based approach to addressing questions around skills, infrastructure and research to support our future economy. We hope this will continue as these plans are taken forward.”

The white paper also called for the introduction of “better and more transparent reporting” by
listed businesses on how investment decisions affect productivity.

Luke Hildyard, policy lead for stewardship and corporate governance at the Pensions and Lifetime Savings Association said this should include human capital reporting.

“Investment in training and development by the UK’s biggest employers is crucial both to economic productivity and to the long-term success of our companies and the pension funds that invest in them.

“Despite this, companies provide very little information of this nature to investors. For example, just 21% of the FTSE 100 provide data on training and development, and just 9% provide their internal hire rate.”

The CIPD criticised the scope of the industrial strategy, claiming it lacked ambition. Head of public policy Ben Willmott said: “The level of investment and ambition announced today, particularly relating to skills and how they are used in the workplace, is inadequate given the scale of the productivity challenge facing the UK.”

“The plans set out today are too exclusive to have the impact required, with the sector deals focusing on important but narrow high tech and construction sectors that together account for less than 15% of UK employment.”

He added that the strategy had failed to address “chronic under-investment” in adult skills and lifelong learning, with the National Retraining Scheme too focused on the use of educational technology.

Willmott urged the Government to “urgently review how the apprenticeship levy is operating to make it more flexible and responsive to employers’ skills needs given the recent big fall in apprenticeship starts”.

The CIPD also called for more investment to be directed to small businesses at local level to address their own skills and productivity challenges.